The extraordinary wave of superb TVs blitzing 2015 continues – with knobs on – with the 75X9405C. We’d thought the Samsung JS9500 TVs had already set such a high bar that they couldn’t possibly be topped, but in some ways, at least, the 75X9405C really does have the audacity to scale even greater heights.

Particularly gorgeous is its contrast performance, built on a foundation of sumptuous all-round black level response. Thanks to a combination of Sony’s seemingly peerless knack of controlling LED lighting in its LCD TVs, even shots containing small points of vivid colour or bright light against very dark backdrops – the ultimate nightmare for LCD technology – look almost OLED-like in their accuracy at times on the 75X9405C. And there’s no greater recommendation we can give to an LCD’s contrast performance than that. 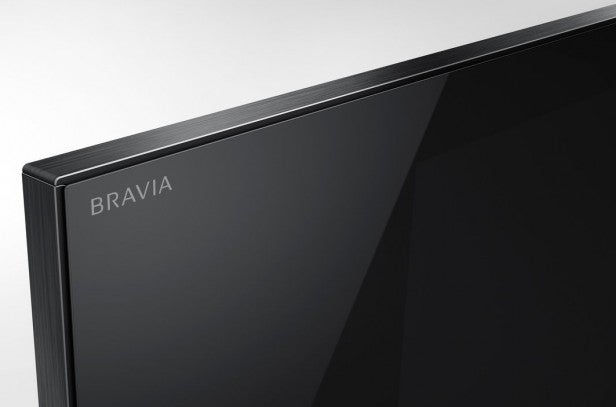 The 75X9405C’s colour performance is also nothing short of sensational. Sony is using a phosphor approach to deliver its enriched, widened colour gamut technology, having ditched the Quantum Dot approach of the first Triluminos sets. The result is that colours on the 75X9405C combine spectacular intensity with quite beautiful subtlety – a combination which, when added to the screen’s native UHD resolution, helps pictures enjoy a sense of precision, realism and depth that brings whatever TV or film world you’re watching to life in a way that’s intensely engaging and immersive.

The sense of depth in the 75X9405C’s images is particularly remarkable, leading a number of people who wandered in to see Sony’s beast in action to think they were somehow watching 3D even though they weren’t. We’ve become increasingly aware as we’ve tested more 4K TVs that this sense of 3Dness and depth is one of the most immediate ways of spotting how good a 4K TV is. It depends on a combination of sharpness, motion clarity, contrast and colour tone accuracy. And no 4K TV – not even a curved one – has delivered a sense of UHD image depth as successfully and engagingly as the 75X9405C. 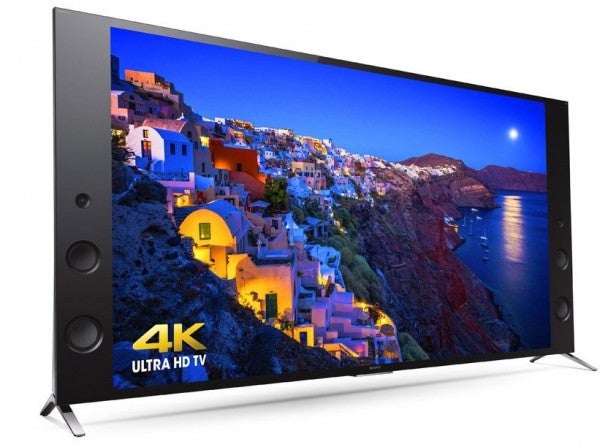 Having mentioned detail back there, we can’t stress enough just how spectacularly detailed and textured the 75X9405C’s pictures look – irrespective of whether you’re watching native 4K or HD. Yes, you have to rein in some of the TV’s detail-enhancement tools to keep a lid on noise, but even after you’ve done that, its native 4K and upscaled HD images still shout 4K from every last pixel.

We’re not implying with this statement that upscaled HD looks as good as native 4K. It certainly doesn’t. But Sony’s upscaling is now clearly even cleverer than it was last year – and it was pretty damn outstanding back then!

Overall, we don’t feel we’ve ever felt quite so aware of the impact 4K can have on pictures than we have while watching it on the 75X9405. That just goes to prove that detail is at least as much about colour accuracy, noise handling, light management and motion clarity as it is about simple pixel numbers.

And we haven’t even discussed the 75X9405C’s exceptional motion handling yet. Even if you turn the MotionFlow processing off, the 75X9405C delivers 2D action scenes with precious little blurring, resolution loss or judder – especially if you leave its Film setting switched to its Medium setting while watching Blu-rays. But just as importantly for us, the Standard MotionFlow setting also does a superlative job of removing almost all resolution loss and judder from proceedings without generating many artefacts, so long as what you’re watching doesn’t contain much grain. Motionflow’s Clear setting is worth experimenting with, as it generates a more movie-like feel and handles grainy sources better. At the same time, many people might not like the amount of brightness it takes out of the picture.

Overall, though, we’d say the 75X9405C has a motion mode to suit pretty much all tastes, and you can’t really ask for much more than that where LCD TVs are concerned.

The 75X9405C’s pictures are so good that trying to find problems with them isn’t easy at all. But for the record, here’s what we managed to come up with.

First, occasionally there’s a tiny sense that small amounts of shadow detail aren’t making it to the screen. Though actually, by the standards of LCD TVs, the 75X9405C’s shadow detailing is very good.

Next, the glassy screen is a little reflective of direct light sources. However, Sony’s filtering systems are good enough to keep more general ambient reflections decently under control and it stands up well versus rival Samsung TVs.

We also occasionally spotted some low-level light bloom around bright parts of predominantly dark images, and in the black bars above and below 21:9-ratio films.

Really the only big deal in the negative column is the fact that the 75X9405C’s images don’t push brightness as aggressively as Samsung’s JS9500 sets do, leaving pure whites looking more ‘yellow’ than they do on the Samsung. Don’t get us wrong, its pictures still look gorgeously dynamic and punchy in a way that you can only really get with a direct LED lighting system. But the difference is enough to make us wonder if the 75X9405C will be as qualified to deliver the brightness of HDR content as well as Samsung’s SUHD beasts. We can’t yet test this for ourselves, of course, because Sony hasn’t rolled out the necessary HDR update.

The 75X9405C’s contrast and colour performance are easily good enough, though, to make the prospect of seeing HDR on it nothing short of mouthwatering, regardless of any potential brightness limitations.

Used as the main TV for the review period
Tested for more than a week
Tested using industry calibrated tools, discs and with real world use
Tested with broadcast content (HD/SD), video streams and demo discs
Previous
Sony KD-75X9405C Review Next
3D, Sound and Conclusions Review