While Sony has had no problems delivering the goods with its 4K TVs that use passive 3D technology, it’s historically struggled to get the best from the full-resolution active 3D format. The 75X9405C, though, marks Sony’s best attempt at active 3D to date, as the screen’s huge size combines with good detail levels, outstanding contrast and colour performance to deliver a 3D image of great depth and solidity.

Sony hasn’t completely overcome its traditional active 3D issues with crosstalk ghosting noise, but while crosstalk is certainly present it’s subtle enough not to rank as a consistent or major distraction. 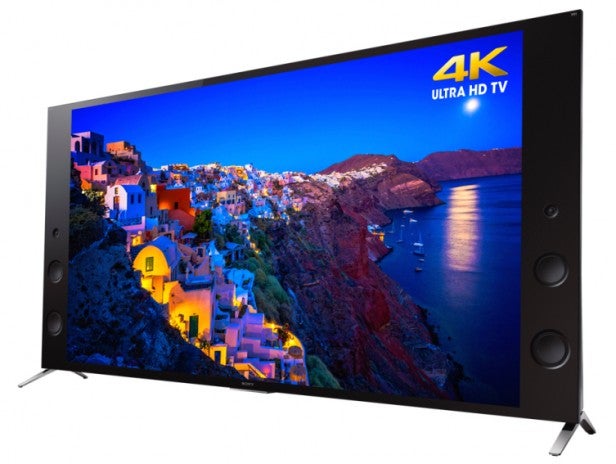 There’s some rather noticeable motion judder while watching 3D unless you use the TV’s Motionflow processing, but you can do this on its Standard setting without it throwing up too many unwanted side effects.

All of this is achieved, moreover, without the speakers ever sounding strained, harsh or ‘phutty’, no matter how hard you push them. Your ears will give up way before Sony’s speakers do.

The soundstage produced is enormous too, even extending to hints of effects behind you. Yet at no point does the soundstage seem incoherent or unconvincing. No other TV has managed to do such a convincing impersonation of aping a decent external surround sound speaker package.

So good is the 75X9405C’s sound quality, in fact, that it also doubles as a seriously enjoyable hi-fi, and capable of not only playing but genuinely doing justice to high-resolution audio file formats. So if the 75X9405C’s price is scaring you a little, at least you could knock off the price of a new hi-fi system… 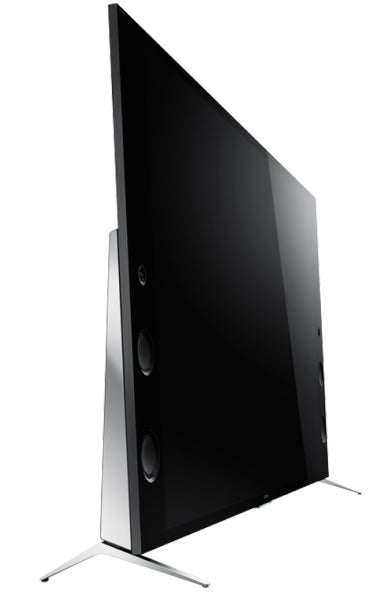 The only odd flaw in the 75X9405C’s audio make-up is the way it sometimes exhibited huge lip-sync problems while watching trailers on Blu-ray discs. But thankfully these errors always melt away when the film proper starts to play.

If you’re a gamer, you’re likely drooling at the prospect of gaming on a screen as big and talented as the 75X9405C. So you’ll be very pleased to hear that, using the TV’s game picture preset, we recorded a very impressive input lag measurement of around 20ms. This is comfortably lower than average, and is especially outstanding considering that it was achieved without having to turn off the set’s local dimming processing.

While Sony seems to have integrated the Android platform pretty well for the most part, oddly the 75X9405C runs a bit sluggishly in other areas of operation. For instance, browsing the channel listings or channel surfing are both made painfully frustrating by the amount of time the TV sometimes takes to load EPG info or start playing a channel’s data stream.

The 75X9405C is a truly spectacular TV capable of producing mesmerisingly good pictures and sound on an epic scale. In that context, its £7199 price doesn’t seem unreasonable considering Samsung’s UE78JS9500 costs a cool 10 grand for its extra three inches of picture and out of the box HDR compatibility.

Having mentioned the JS9500, though, it’s worth quickly going through the key differences between Samsung’s flagship range and the 75X9405C, as recorded during a direct head-to-head. 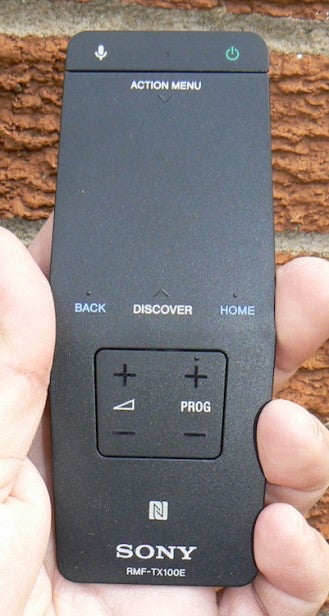 Samsung’s advantages include higher and possibly more HDR-friendly brightness, purer whites versus the slightly yellowish Sony, and slightly less backlight blooming in the black bars around 21:9-ratio films and around bright objects that appear against dark backdrops. It also has slightly less noisy upscaled pictures.

However, Sony’s 4K upscaling yields a greater sense of detail, its colours are richer and more dynamic, leaving the Samsung’s pictures appearing a touch milky by comparison. It also delivers a better sense of depth with 2D images and suffers less with on-screen reflections than Samsung’s curved model.

We can’t, alas, comment on the 75X9405C’s HDR talents at this point due to the firmware update not being available yet. Whether feeding it HDR will expose limitations in Sony’s screen or make it burst into even greater life – as happens with the Samsung JS9500 range – remains to be seen.

In a year that’s already thrown up an almost unfair amount of outstanding TVs, the Sony 75X9405C makes a strong claim to being the best yet. Its colours are stunning, its handling of native 4K and, with a little care, upscaled HD content is exquisite. Its combination of mostly first-class video processing, large screen size, extreme contrast and incredibly potent audio add up to a remarkably cinematic performance.

However, Sony’s set still feels a bit like a work in progress at the time of writing thanks to its lack of YouView support and HDR playback – both due to be added via firmware updates at some point. Also we remain unconvinced about the usefulness of the Android TV smart system. But if simple picture and sound quality are what matter to you most, then the 75X9405C is nothing short of glorious.