Focussing next on the panel at the Sony Bravia 65X9005A’s heart, the first thing to say is that it uses passive rather than active 3D – more on this actually quite sensible move later.

Also important to the 65X9005A’s potential performance is its employment of a local dimming system. This is quite a relief given the issues we had getting a truly satisfying contrast performance out of the Sony Bravia KDL-47W805A TV, which didn’t include local dimming.

Last but not least, the X9 carries Sony’s Triluminos technology. This uses blue LEDs that pass their light through a special optical element containing green and red ‘quantum dots’ to produce colours, versus the traditional approach of using blue LEDs coated with yellow phosphor to deliver white.

The Triluminos approach makes it possible, according to Sony, to produce a wider gamut of colours more efficiently. Or perhaps more pertinently – considering most TVs can deliver the Rec 709 video standard using their ‘ordinary’ LED lighting systems – our experience with other direct RGB LED video devices suggests that Triluminos could be able to deliver a purer and more nuanced colourscape, especially when dealing with particularly rich tones.

We’ll look at this in more detail later, obviously. But first let’s sink our eager teeth into the Sony Bravia 65X9005A’s 4K resolution. 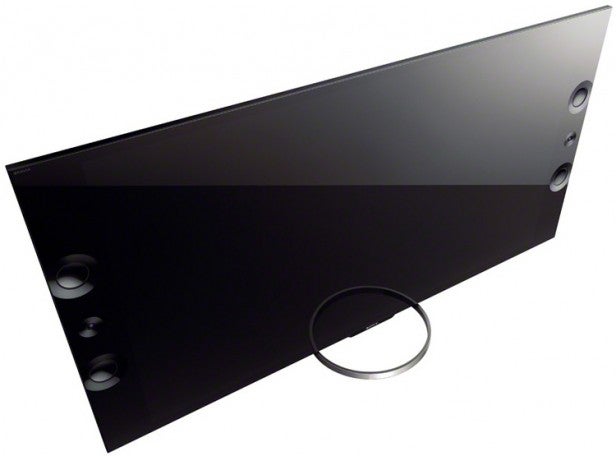 First of all we checked out the Sony Bravia 65X9005A’s capabilities with native 4K content as delivered by a digital stills camera and a 4K server supplied by Sony. This latter device contained a surprisingly lengthy show-reel of native 4K content, taking in everything from a bizarre short film about a football groundsman to trailers for After Earth and the remake of Total Recall, lots of football coverage, and plenty of shots of nice locations around the globe.

Some parts of this content showreel seems to have been mastered slightly more crisply than others. But even the weaker content still looks mouthwateringly good, convincing us in an instant of the importance of 4K to the future of TV. The best 4K Ultra HD content on the server really is in another world quality wise from even the best 2K Blu-rays we’ve seen to date.

What’s more, suggestions from some cynics that 4K Ultra HD can’t deliver much of an impact on screens smaller than the 80-inch plus behemoths we’ve seen to date are instantly proved just plain wrong, as more detail is visible in everything from clothing to grass to skin and… well, just everything generally.

It is true, to be fair to the cynics, that the impact of 4K Ultra HD versus Full HD isn’t quite as pronounced from a typical viewing distance on the Sony Bravia 65X9005A as it was with the huge 84-inch models we’ve tested previously. But the improvement is still easily obvious enough for untrained eyes to appreciate.

For instance, there’s a moment in Sony’s 4K demo reel where a screen full of small renderings of footballer’s names appears first in full HD and then in 4K Ultra HD. And even from a viewing distance of 150-inches (the standard 2.3x height of the TV), the extra clarity of the text was blatantly obvious. 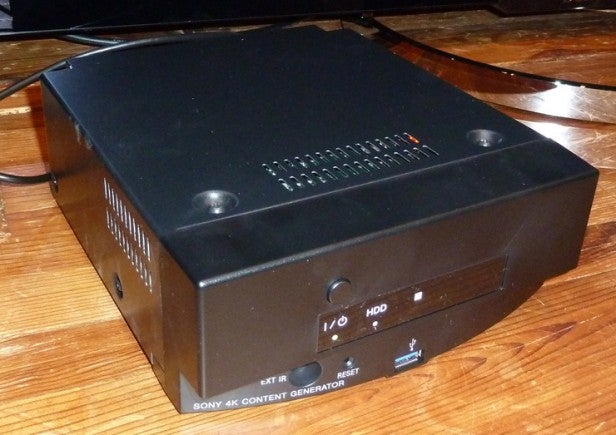 While discussing viewing distances, it’s worth adding that if you opt for a closer sitting position for 4K viewing than you might normally entertain – 1.5x the height of the TV is generally suggested as ideal for 4K – you’ll find yourself able to enjoy all the impact of the extra resolution while also being in a position where the 65in screen fills your field of vision, for the ultimate in cinematic immersion.

In short, the 65X9005A answers the question about whether 4K is worthwhile on ‘sane’ screen sizes emphatically well – and hopefully we’ll still feel the same when we get our hands on the 55-inch model at some point.

As noted in earlier 4K screen reviews, moreover, it’s not just in the extra detail that 4K makes its presence felt. There’s also an extra sense of density to the picture that completely removes all trace/sense of there being a pixel-based structure to images; instead they just look like real life, making them all the more immersive, as if viewed through a window.

Then there’s the sense of depth in the image. Having so many more pixels to play with than you get with normal HD screens allows the screen to resolve detail much further into the distance of large-scale images, making the depth of field seem much greater and the sense of space in the image much more realistic and engaging. It’s because of this effect that people sometimes describe 2D 4K as feeling like 3D.

As if all this 4K goodness wasn’t already mouthwatering enough, the Sony 65X9005A’s 4K images get an extra boost from Triluminos, as the system’s ability to deliver more nuanced colours/finer tonal shifts blends perfectly with the extra detail innate to native 4K sources to underline the extra detail on show. Triluminos also delivers intense saturation levels that leave your jaw hanging open in awe yet which also look beautifully balanced and natural.

That’s good news, but the real elephant in the room where 4K TVs are concerned – aside from the aforementioned HDMI concern – is the current lack of commercially available native 4K video sources. So the Sony Bravia KDL-65X9005A’s ability to upscale HD and even (gulp) standard definition sources is obviously a key part of any current 4K TV’s performance appeal.

It’s a relief to find, then, that the 4k X-Reality Pro engine in the 65X9005A handles this seriously onerous processing duty very well for the most part. The big question when looking at HD images upscaled to 4K is: do the pictures look worse than they would on a normal HD TV, do they look better, or do they look more or less the same? In this case we’d argue that the answer varies slightly depending on the quality of the HD source it’s being fed.

With the majority of HD digital broadcasts, which routinely look
slightly softer and more noisy than high-quality Blu-rays, we’d say the
image quality on the Sony Bravia 65X9005A is more or less on a par with what
you’d get from a full HD TV. There’s more pixel density to the picture,
and colours are exceptionally vibrant and rich. But we didn’t feel that
the upscaled images looked significantly sharper or more detail-rich
than they would on normal 2K TVs. In fact, at times they look slightly
softer than they might on a good quality full HD TV.

You can
manually increase the sense of resolution in the image through the
Reality Creation tools, of course. But doing so generally just makes HD
broadcasts look noisier rather than really giving you the impression of
genuinely enhanced resolution.

Used as the main TV for the review period
Tested for more than a week
Tested using industry calibrated tools, discs and with real world use
Tested with broadcast content (HD/SD), video streams and demo discs
Previous
Sony Bravia KD-65X9005A Review Next
Performance and Verdict Review