One unexpected strength of the upscaling of HD broadcasts, though, is that motion is handled well by the ‘Motionflow XR 800Hz’ system, at least if you use the Clear MotionFlow setting, with minimal blur or judder to report.

With Blu-rays – especially titles derived from 4K Ultra HD masters – the extra purity of the source signal makes it easier for the TV to confidently add actual detail to the image rather than just having to deal with compression artefacts, resulting in a much more exciting upscaled effect.

Especially as the latest 4K X-Reality Pro version shows a terrific ability to spot the difference between noise and ‘real’ picture information in a source, so that the extra sharpness added to upscaled pictures doesn’t lead to lots of exaggerated noise. So long, at least, as you don’t try and push the resolution component of the Reality Creation system past its 50 level.

It’s worth noting that the default position for resolution in Reality Creation when using the TV’s Cinema modes is only 20, at which point you get a picture that basically looks like very high quality full HD. This shows a keen appreciation by Sony of the AV enthusiast market, who predominantly just want to see what’s on a disc, not the results of a TV’s processing engine. 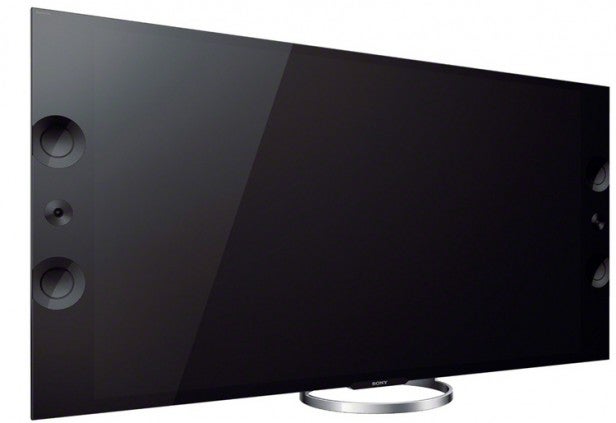 Surprisingly, the 65X9005A’s upscaling is even clever enough to remap standard definition sources to its 4K pixel count reasonably well. We wouldn’t say upscaled standard def sources look much sharper than normal standard definition images, perhaps, but it is striking how well the processing removes noise from even quite low-quality digital broadcasts, leaving them looking decently smooth and clean despite the unforgiving size of the 65in screen. This really is no mean feat considering how many extra pixels of data the TV is having to add to standard def sources.

We’ve already mentioned the lack of native 4K Ultra HD content right now as
creating an unfortunate delay in your being able to get the maximum
benefit from the Sony Bravia 65X9005A. But actually there is one way you can
experience a palpable 4K video benefit right now, and that’s by watching
3D using one of the four pairs of provided passive glasses.

Why? Because having double the lines of resolution in its picture enables it to reproduce full HD 3D Blu-rays using the passive 3D format without you having to suffer a compromise on the source’s horizontal resolution. In other words, you genuinely see a full HD 3D image at the same time you’re enjoying passive 3D’s advantages, such as light and flicker-free glasses, almost zero crosstalk and a generally less fatiguing experience. Basically, 4K makes passive 3D come of age.

None of this, though, stops the 3D performance from being as much fun as we’ve had with 3D in our labs to date. 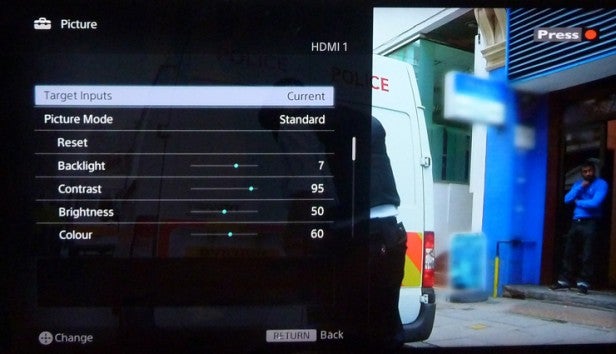 Much as we salivated over the Sony Bravia 65X9005A’s native 4K performance and
were mostly pleasantly satisfied with its upscaling performance, though,
we did have one issue with the set’s performance: its handling of dark
scenes. Despite using local dimming, the set can’t reach the same
immaculate black level depths as those witnessed on the Sony W905A or HX853 series.

With the local dimming feature (called LED Dynamic Control in Sony’ s menus) either deactivated or on its Low setting, there’s a palpable greyness to parts of the picture that should look black. Black levels improve markedly if you push LED Dynamic Control up to Standard, but there’s a price to pay for this in the form of the introduction of distracting shifts in the image’s brightness level – sometimes over the image as a whole, though more often over image segments. These latter localised inconsistencies and brightness ‘jumps’ are especially noticeable if you’re watching ultra-wide films with black bars above and below.

The set’s contrast difficulties can also cause one or two slightly odd colours in very dark scenes too, though the 65X9005A actually fairs well when it comes to retaining/delivering good levels of shadow detail during dark content.

Getting back to the good news, Sony’s decision to partner the 65X9005A’s 4K Ultra HD pictures with a magnetic fluid speaker system proves a stroke of genius. The system produces arguably the finest audio performance we’ve heard from an integrated TV speaker system, with only one or two megabucks B&O sets maybe getting close.

Particularly noticeable is the spectacular range between the TV’s deepest bass and highest trebles, the gorgeous openness and expandability of the mid-range, and a sense of precision and detail in the soundstage that couldn’t be a more appropriate match for the extra detail in the set’s 4K images.

If, like us, you’re already salivating at the idea of hooking up a PS4 to a Sony Bravia 65X9005A, you’ll be relieved to hear that we measured just 32ms of input lag using the TV’s Game ‘scene’. This is higher than the outstanding 10ms of Sony’s W905 series, but it’s still low enough not to have a significant negative impact on your gaming skills. 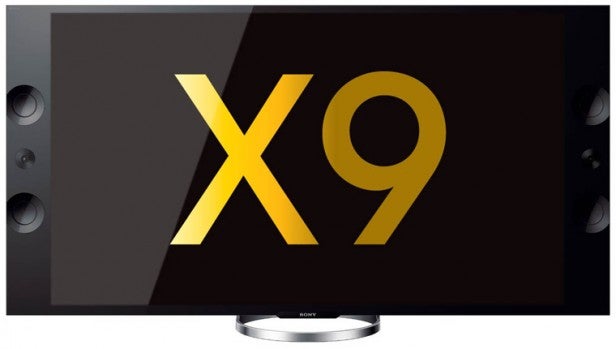 If you’re a serious AV fan with a decent budget for a TV you want to last you a good few years, the Sony Bravia KD-65X9005A is a beautifully built, high-performance and surprisingly affordable early entry point into the jaw-dropping pleasures of 4K. Yes, true 4K video content is extremely rare right now, but we reckon it’s coming sooner than you might think – especially now the PS4 is inbound. In the mean time you’ve always got your digital photos to ogle, and the Sony 65X9005A’s upscaling efforts with HD are strong.

Having said all that, there’s room for improvement with black levels, and there’s no doubt that the real appeal of the 65X9005A – the point at which it really justifies its cost over normal 60-65-inch TVs – is with native 4K content. So if you buy one now, you’re really buying one with the (hopefully near) future in mind.

If any of these issues put you off, probably the only real non-4K rivals we’ve seen to date are the sublime 60-inch Panasonic P60ZT65 (review coming soon) or, if you want something much cheaper, the Samsung PS64F8500.

The Sony Bravia KD-65X9005A is a beautifully engineered, ultra-ambitious and actually surprisingly affordable first step into ‘mass market’ 4K Ultra waters. It’s arguably currently waiting for the rest of the AV world to catch up, but its Triluminos-enhanced native 4K images are dazzling, and confirm that you really don’t need an 80-inch plus screen to appreciate the next-gen thrills 4K can bring.

Next, read 10 reasons why you should care about 4K TV.