The BDP-S1200 is Sony’s entry-level Blu-ray player, offering an affordable gateway to the world of high-definition movies. Not only does it spin HD discs, but a healthy range of built-in Internet apps makes this deck a cost-effective way to view smart content on an older TV, or make it available in a second room.

Naturally you have to sacrifice the sexy features found on Sony’s more expensive BDP-S5200 and BDP-S6200, such as 3D, 4K and DLNA file streaming, but if you’re looking for a straightforward player from a trusted brand, the BDP-S1200 might just fit the bill. 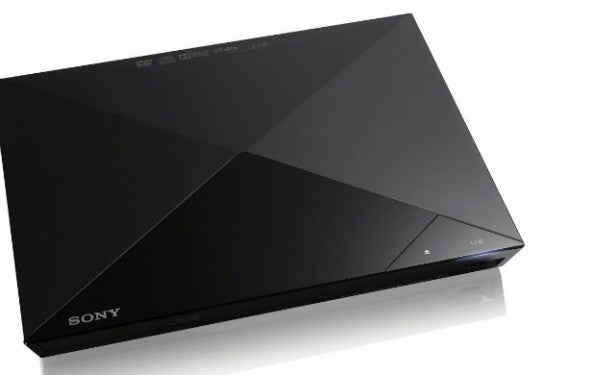 Like the BDP-S5200 and 6200, this deck is styled in black and sports Sony’s distinctive ‘Sense of Quartz’ design, which is meant to look like a crystal. Basically that means the top panel is a pyramid shape. It’s a good look and makes this deck more alluring than most players at this price.

The sloping front panel and pointy edges are nice touches; likewise the triangular eject/power buttons built into the top panel. There’s no LED display on the front, so you have to rely on the onscreen displays for disc information. Build quality is better than you might expect at this price – the top panel is fashioned from thin aluminium, and although it’s light, the bodywork feels sturdy.

On the front panel is a USB port which makes it possible to connect a flash drive and play music, video and photo files. It’s a useful feature to have in the absence of DLNA, and one you wouldn’t necessarily expect to find on a £60 player.

The feature list is fairly basic, but the clear highlight is the range of Internet content, courtesy of the Sony Entertainment Network. The line-up of video apps includes Amazon Instant Video, Netflix, BBC iPlayer, Demand 5, BBC News, Sky News, BBC Sport and YouTube, alongside a range of other niche services.

On the music side you get vTuner Internet radio, National Public Radio and Berliner Philharmoniker. You can also access Sony’s Video and Music Unlimited on-demand services, but there’s no web browser. Players like Samsung’s BD-H5500 bring more catch-up TV services to the table, but Sony’s line-up is respectable.

If you’d rather stick to your own content, no problem – the deck will play MKV, AVI, MP4, FLV, AVCHD, XviD, WMV, MP3, AAC, WMA, WAV, FLAC and ALAC files via USB, as well as JPEG, PNG, GIF and MPO photos. 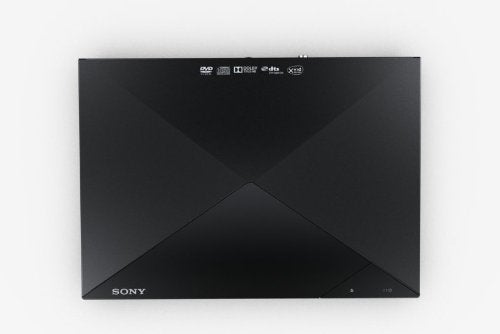 There are slim pickings elsewhere, aside from the usual stuff like Dolby True HD and DTS HD Master Audio support and 1080p upscaling for DVDs – but that’s only to be expected from such an affordable player.

The BDP-S1200 comes with a small but perfectly formed remote, which sits comfortably in the hand and lets you navigate intuitively. Key to its success is the placement of the direction pad and ‘Return’ keys in the space where your thumb naturally falls. All of the other buttons are clearly marked, particularly the unmissable SEN and Netflix buttons, coloured blue and red respectively. All of the keys have a pleasingly tactile rubber texture.

The user-friendliness continues onscreen with Sony’s superb menu design. Sony has stuck with the Xross Media Bar on its Blu-ray decks for years, and it’s not hard to see why. The use of two intersecting axes to display the categories and corresponding options is slick and intuitive, making it easy to find the content you’re looking for.

The Home menu includes Video, Music and Photo options – in each case it lists all the apps and devices containing that content, including USB devices and discs. Presentation is clear and attractive throughout – every app and media file is displayed with a thumbnail where available, and during music playback via USB the deck shows you available metadata (but not cover art).

Hit the Options button during playback and a menu appears on the right-hand side, allowing you to explore the disc’s features or adjust the picture settings. There are three picture presets – Standard, Brighter Room and Theatre Room – plus Block and Mosquito noise reduction.

Despite its budget price tag, the BDP-S1200 delivers excellent Blu-ray picture quality, with no glitches or artefacts to spoil your enjoyment. It sends clean, crisp images to your TV, blessed with rich, radiant colours, razor-sharp detail and impressive contrast, all of which makes movies look punchy and engaging.

Brightly lit popcorn flicks such as The Hobbit: An Unexpected Journey scrub up particularly well. Shots of the Shire are beautifully rendered – grass and bushes are densely textured and coloured in fulsome shades of green, plus you can make out fine details like wood grain on fences. 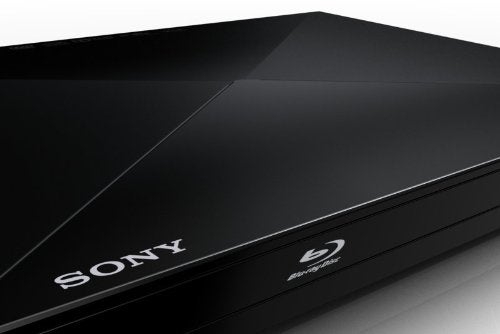 This superb contrast and meticulous detail reproduction allow you to pick out all the objects lurking in the shadowy recesses of Bilbo’s house when the dwarves come visiting, as well as individual strands of fur on Thorin’s coat. We’re also impressed by the deck’s deft handling of skin tones and subtle shading, even when they share the screen with bold, bright colours.

We can’t fault the deck’s motion tracking either. As the dwarves make their escape from Goblin Town, hordes of CG goblins scurry around the screen without a single trace of judder or break-up, resulting in a smooth, natural watch.

The BDP-S1200 only betrays its budget origins when it’s upscaling DVDs – there are more artefacts in the picture than we’ve seen on other players, which makes them look a little scruffy, but not unwatchable. We tried a few shows on BBC iPlayer and assorted video clips via USB and the Sony played them without fuss. 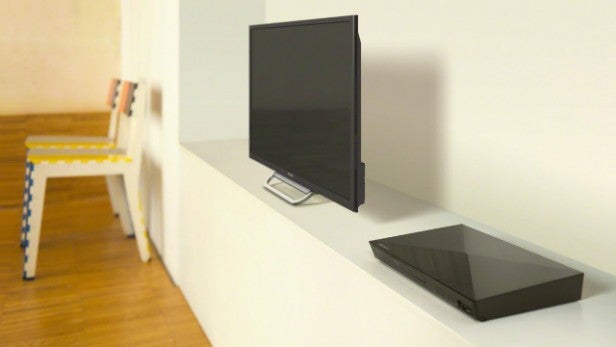 Anyone looking for an affordable Blu-ray player for the bedroom would do well to check out the BDP-S1200. It offers a healthy range of web content, wide-ranging format support via USB, stunning Blu-ray picture quality and a chic design, all at a very tempting price.

It’s ideal if you simply want to watch HD movies and stream a bit of catch-up TV on the side, but if you want fancy stuff like Wi-Fi, 3D, 4K or Miracast, you’ll need to up your budget. You’ll also get a few more catch-up TV services if you opt for Samsung’s similarly priced BD-H5500.