What is the Sony A7R II?

The Sony A7R II is the second generation of a series that set out to prove how serious a compact system camera can be. With a full-frame sensor, the range has offered image quality similar to some of the very best DSLRs, such as the Nikon D810 and Canon 5DS R.

All this remains true of this series. But what the Sony A7R II does it to fix all the niggles of the original Sony A7R, by improving low-light performance and handling, and adding Sony’s excellent 5-axis optical image stabilisation. It’s worth considering as an alternative to the very top DSLRs if you’ll appreciate its smaller stature, and its 4K video capture.

As intimidating as its £2,399 body-only price may be, it’s justified. 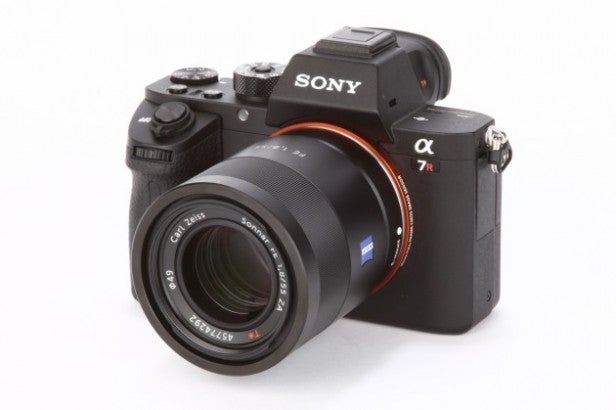 The Sony A7R II doesn’t radically alter the basic design template of the A7R. It looks similar, but the two certainly aren’t the same.

Rather than a semi-glossy finish, the A7R II sports a matte, speckled look that’s a bit closer to that of a high-end DSLR. It looks and feels great, fitting the high price perfectly.

The body uses magnesium-alloy plates on its top, front and back, also consistent with the high price. The Sony A7R II is extremely well made, and the grip is well sculpted too. It feels comfortable in the hand. 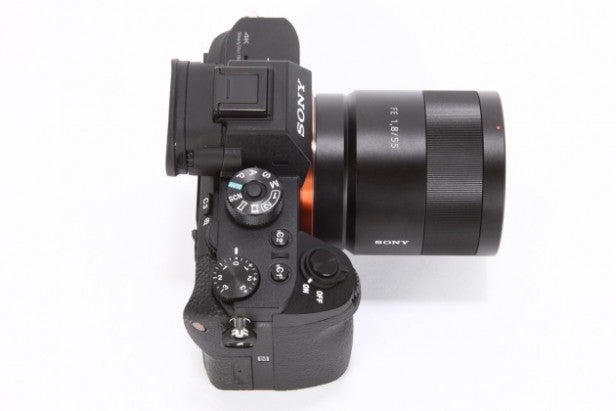 Weather-proofing is also a feature. Seals across the Sony A7R II’s body keep out dust and water, meaning you can shoot in the most dire of conditions – if you also use a weather-sealed lens.

One of the issues with the Sony A7R at release was that there weren’t many lenses to choose from. As Sony releases more E-mount lenses, this is becoming less of an issue. The company is looking to offer 20 lenses in this range by 2016, and there are already mounts available that enable the use of Canon lenses, among others. 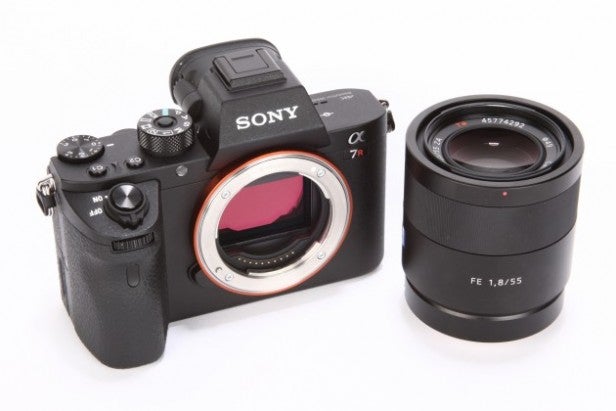 Another issue that concerns the original Sony A7R is that its control layout doesn’t feel 100 easy and natural. For the A7R II, Sony uses dual-control dials similar to the company’s NEX-7 CSC.

You get a very well-placed pair of manual control dials, and the shutter button has been moved so that it now sits more naturally under where your finger intuitively lands. There have been a few other tweaks too. For example, the eyepiece for the EVF is a lot softer, making it that bit more comfortable to use.

Next to the Sony Alpha A7R II, the original A7R seems a bit awkward. Sony has put in some good work here, with the small improvements adding up to a camera of more coherent operation. 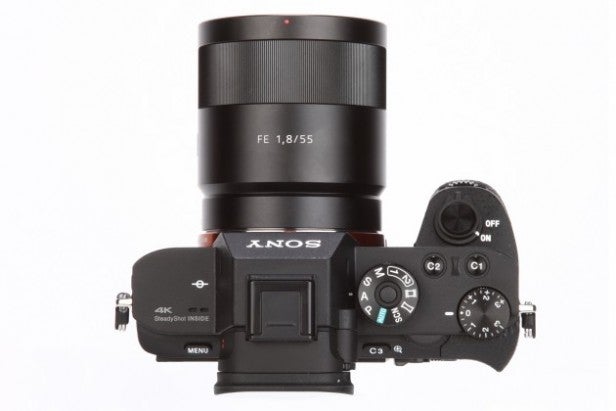 The Sony A7R II has a very good EVF. The jump down from a decent DSLR optical viewfinder may not be as huge as you might imagine if you haven’t used an up-to-date one in a while.

It has 2.46 million dots to its name, equating to 1,024 x 768 pixels. That may not sound like all that much next to a phone display, but when you consider the EVF display is only 0.5-inch in size it becomes more of a technical feat.

This is also one of the very highest-resolution EVFs currently available, only topped by the Leica Q (Typ 116). It’s an OLED EVF too, ensuring great contrast and a fast response should you pan around quickly. 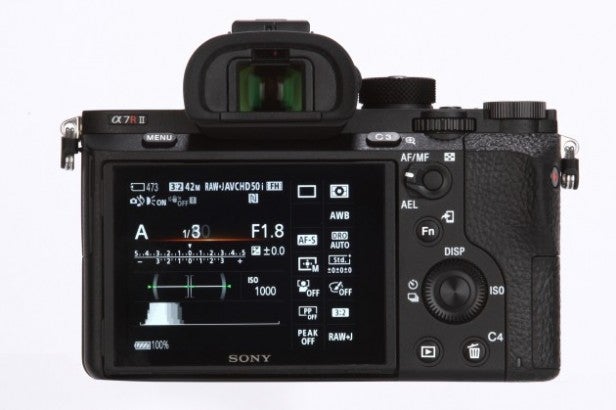 It isn’t only resolution that matters – but size too. With magnification of 0.78x the Sony A7R II’s EVF appears as large as a good DSLR OVF, making it a great way to preview your image. Of course, this is one of the fastest-moving areas in camera technology, and we’ll no doubt see even more improvements by 2016. But we’ve reached a very good standard already.

Below the EVF sits a regular screen, 3-inches across and 1.23m-dot resolution. It tilts out to enable you to take shots at an awkward angle, and is comparable with the stronger camera displays out there. It isn’t a fully articulated screen, but that should be of no surprise when you consider the A7R II’s smaller frame.

Next
AF, Performance and Features Review