What is the Olympus Stylus 1?

The Olympus Stylus 1 is a retro-style compact camera. Most of the big camera-makers are keen on retro styling these days, but Olympus is perhaps the most obsessed of the lot. Its OM-D models like the Olympus OM-D E-M1 have gained fans far and wide thanks to their combination of modern technology and timeless appearance.

The new Olympus Stylus 1 looks to take the winning OM-D formula and apply it to a compact camera. There’s no denying that the Stylus 1 is an attractive compact, but will it deliver performance in-line with its £550 price as well? 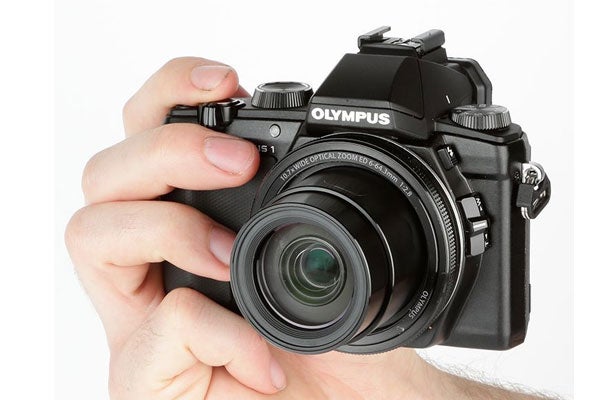 Olympus’s OM-D range gains a lot of attention for its eye-catching retro design, but where it really succeeded was adding some impressive imaging to the look. The good news is that Olympus has carried this ethos over to the Stylus 1.

The most impressive element of the camera’s lens is its aperture, which is reasonably fast at a maximum f/2.8. The impressive part is that it’s constant throughout the focal range, and as such at the tele end of the zoom you’ll have a 300mm f/2.8 optic – impressive by any standard. 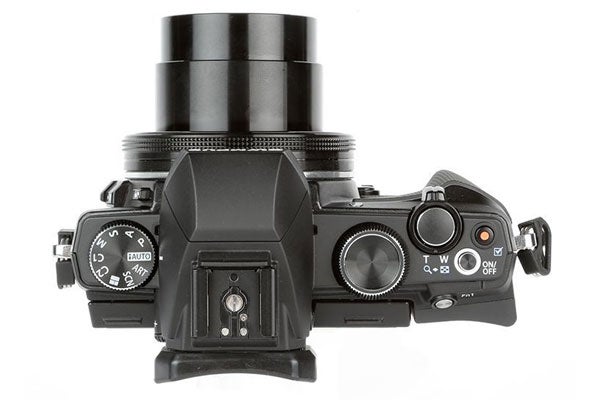 The lens also features a clever lens cover system that takes the form of a ‘barn door’ set-up. This means that the doors are pushed aside when the lens protrudes and close automatically when the camera switches off.

The Olympus Stylus 1 features a reasonable sensor, with a resolution of 12MP and a physical size of 1/1.7 inches. Although this isn’t the largest sensor to be found in an advanced compact, it’s still slightly larger than average.

On the rear of the Olympus Stylus 1 sits an impressive LCD screen. A ringing endorsement of the display is that it’s of a better specification than the OM-D E-M5, and instead closer to the OM-D E-M1 flagship.

It measures three inches across and has a resolution of 1.04 million dots. Furthermore the screen tilts around a horizontal axis of approximately 135 degrees, allowing for both waist level and above-head shooting.

The display is a touchscreen that lets you focus and activate the shutter without touching the physical controls, as well as controlling a couple of other features. 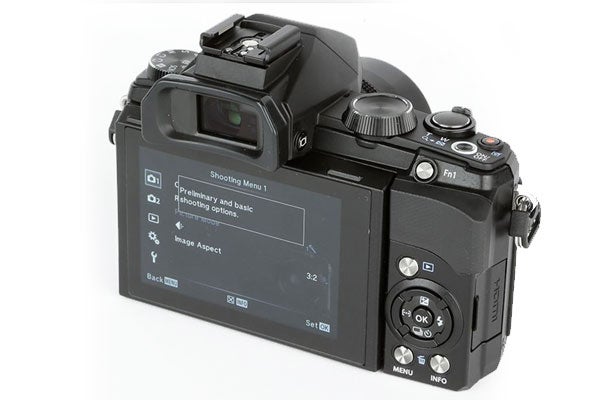 An equally impressive viewfinder accompanies the solid LCD screen. A viewfinder is often a key missing component on an advanced compact – and if it is included it’s often an undercooked element – that’s certainly not the case with the Olympus Stylus 1.

The Olympus Stylus 1 EVF is essentially the same as that of the OM-D E-M5. It offers 1.44m-dot resolution and 100 per cent field of view coverage. As such it’s better-specified than quite a few optical viewfinders.

Completing the impressive feature set is Wi-Fi connectivity. Once you’ve installed the free Olympus Image Share app to either a smartphone or tablet, you can wirelessly transfer images from the camera to your device, as well as remotely trigger the shutter.

The Olympus Stylus 1 is solidly built. The body’s shell is solid metal alloy, while the various controls located around the camera body feel securely mounted and offer a good level of feedback.

There is also a hotshoe, to which you can attach a flash gun should the need arise. Other small features such as the metal hinges on the battery hatch and connector ports also impress. There’s attention to detail in evidence here. 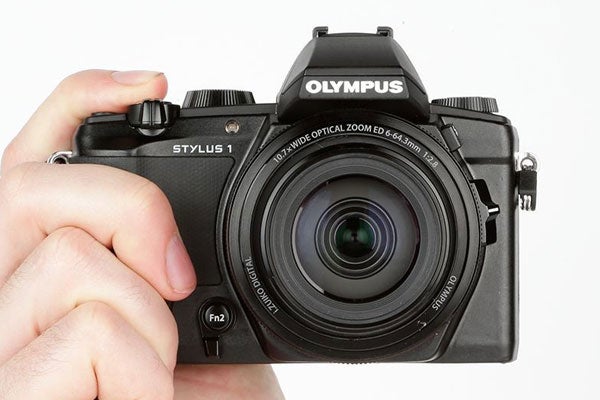 The Olympus Stylus 1’s general appearance is much like a smaller DSLR – with its pitched top plate – and you can certainly see a family resemblance to the Olympus OM-D cameras.

This DSLR styling also leads to some pleasing DSLR-esque handling. There’s a pronounced and textured hand grip, offering a solid hold over the camera. It is not small either, and will no doubt appear heavier and chunkier than some competing models. However, it feels balanced and handles well.

Another nice design touch is the model’s control ring. This is located around the lens, and offers customisable control over most major settings, ranging from exposure compensation to aperture priority modes and the like.

The control layout of the Olympus Stylus 1 may not be to everyone’s liking but it is certainly comprehensive. It feels more advanced than most of its compact peers.