What is the Fujifilm X-T1?

Fujifilm’s X-series has grown rapidly since it arrived in early 2011 with the Fujifilm X100 and its fixed 23mm f/2 Fujinon lens. The ‘game changer’ Fujifilm X-Pro 1 entered the scene in 2012. As the first interchangeable X-series model with its own XF-mount system of lenses, it was aimed at photographers, professional and enthusiast alike, who craved outstanding image quality but from a more conveniently sized system with a design inspired by classic film cameras.

Fujifilm then focused on expanding the series with slimmed-down versions of the X-Pro 1 such as the X-E1, and later the X-E2. Meanwhile, the X-M1 and X-A1 have made inroads into the consumer market, rivalling Sony’s Alpha CSCs (formerly NEX) and Olympus’s PEN series. Now the company has returned to its premium range with the X-T1. Sitting between the X-Pro 1 and X-E2, the X-T1 breaks away from the usual rangefinder design and is styled like a DSLR. 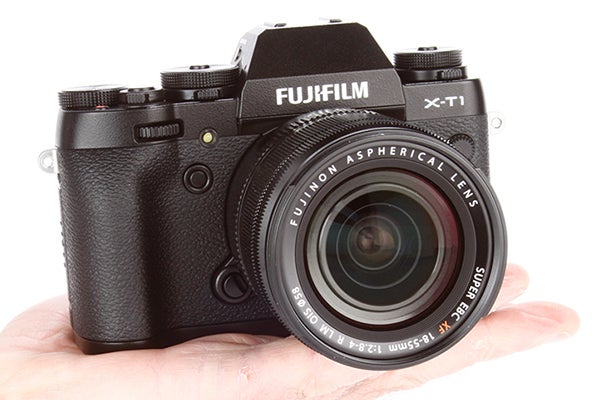 The X-T1’s most notable features are all on the back. Here you’ll find a large 0.77x, 2.36m-dot electronic viewfinder, which sits above a 3:2 aspect 1,040k-dot screen – in the manner of a DSLR. It’s a tilting screen that, of course, is of great help when shooting from high or low angles.

Wi-Fi is included and ties in with a new Fujifilm app that supports the ability to control more functions, including AF-point positioning. An optional vertical battery grip (VG-XT1) is available too, along with a slightly smaller optional metal grip. Full HD video is present but there’s no in-built flash. However, Fujifilm has provided a clip-on external flash and a standard hotshoe.

With regard to AF, the X-T1 carries the same new algorithm introduced with the XE-2 for accuracy in low light. It also has the X-E2’s EXR Processor II, with a reported start-up time of 0.5sec and a shutter time lag of 0.05sec. 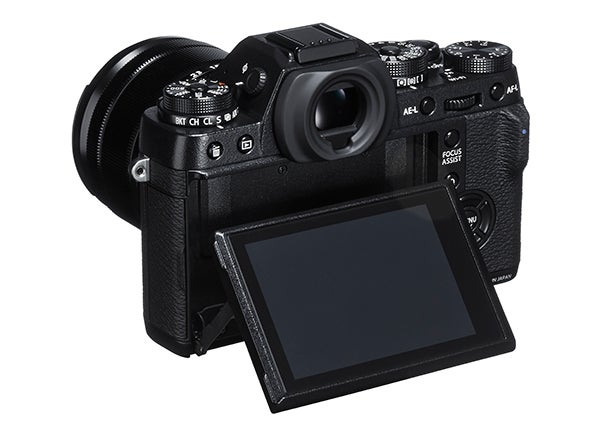 Shooting rates are fast – 8fps with continuous AF or 3fps with live view, which is 1fps faster than the X-E2 and 2fps quicker than the X-Pro 1. The X-T1 also draws on Fujifilm’s heritage in providing film simulation modes that mimic the company’s film, such as Astia, Velvia and Provia. There are four monochrome modes.

Now to the sensor. It’s the X-E2’s 16.3MP effective resolution APS-C sized X-Trans CMOS II, the dimensions of which (23.6×15.6mm) place it between micro four thirds sensors on, say, the Panasonic Lumix GX7 and full-frame sensors in the Sony A7, A7R and the Nikon Df DSLR.

With a structure more akin to a film sensor, the X-Trans CMOS II chip is capable of keeping moiré and false colour to a minimum, doing away with the need for an anti-aliasing filter. What’s more, the X-T1’s sensor has over 100,000 phase-detection pixels built into the chip to provide it with an ultra-fast hybrid AF system that takes advantage of both phase-detection and contrast-detection.

Switching between the two for optimal focusing speed is said to be as fast as 0.08secs.