From the same people who brought us the ETBT201Y soundbase comes the Sond Audio EMBW-13Y31, a 2.1-channel Bluetooth speaker available from eBuyer.com.
This stylish unit isn’t only designed with music streaming in mind –
its auxiliary input, Movie mode and 30W subwoofer make it equally
suitable as a speaker upgrade for your TV.

Sond
didn’t exactly endear itself to us with its cheap, plasticky soundbase,
so we approached the EMBW-13Y31 with trepidation. We needn’t have
worried – the EMBW-13Y31 is a well-made and attractive speaker,
fashioned from higher-quality materials than expected.

Its curvy,
modern looks will go down a treat in any living room, although at 500mm
wide it commands more space than your typical Bluetooth speaker. 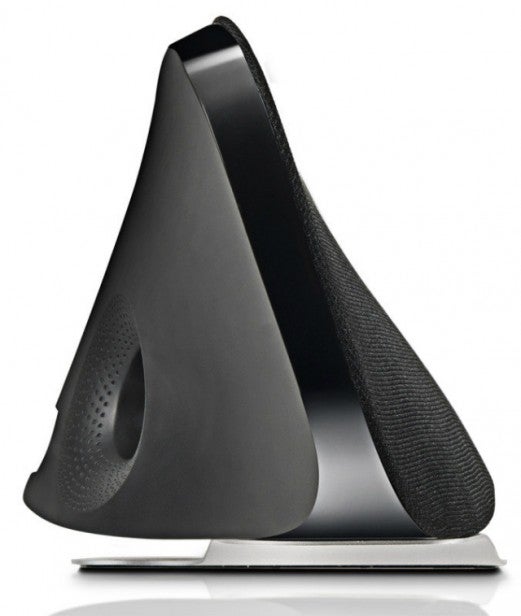 It’s
heavy and robust, with a grey metal plate as its base and a curvy matte
black rear end. From the front you can see a large slab of black
speaker cloth and a cool ‘pilot lamp’ emanating from below, which
denotes the selected input – blue for Bluetooth, blue/green for USB
input and green for the aux input.

A
gloss-black strip running along the top plays host to a row of
soft-touch buttons, letting you select sound modes, adjust volume,
switch inputs and control Bluetooth playback. Around the back is a 3.5mm
minijack input for external devices and an airflow port for the
subwoofer. It looks like there are two ports, but one is filled in – symmetry
is clearly important to Sond.

The
EMBW-13Y31 is a 2.1-channel speaker, which means there are two speaker
drivers and a subwoofer to deliver deep bass notes. There’s 2 x 10W of
amplification for the speakers and 30W for the subwoofer, which isn’t to
be sniffed at – most Bluetooth speakers stick with straight stereo.

Of
course Bluetooth is this speaker’s bread and butter and on that score
it’s well-equipped – the supported profile is 4.0 with apt-X playback
and NFC for easy pairing with compatible devices. The NFC touch point is on
the front grille. 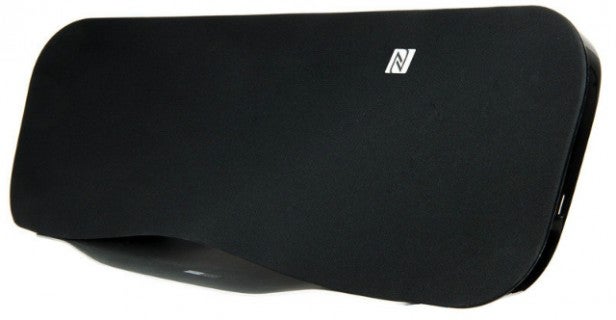 Another
nice surprise is the provision of a USB port that lets you play music
from storage devices. We shoved ours in the slot and disappointingly
could only play MP3 and WAV files, but it’s better than nothing – most
Bluetooth speakers don’t bother. The port can also be used to charge
your phone and other devices, but not if they’re made by Apple.

The
EMBW-13Y31 comes with a small remote that fits in the palm of your
hand. It’s cheap and plasticky and the tiny buttons are fiddly, but in
reality it poses few problems during day-to-day use. It’s also styled in
a fetching gloss-black and silver scheme, which will look great on the
coffee table.

The
central silver ring offers volume and track skip keys, while dedicated
Movie/Music mode buttons are found at the bottom. There’s also a ‘call
reject’ button should those pesky PPI people bother you while streaming
your tunes via Bluetooth. 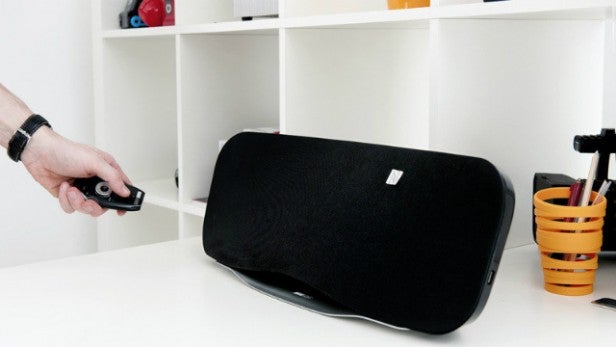 In
terms of sound quality the EMBW-13Y31 isn’t a world-beater – nor did we
expect it to be – but even so we were incredibly impressed by its
performance, particularly at this price.

What jumps out is the
depth and richness of the sound, all made possible by that subwoofer.
Music sounds warm and weighty, particularly uptempo material with funky
basslines and thumping kick drums. Bass notes are tight, agile and well
integrated.

We’ve
tested plenty of Bluetooth speakers at this price that sound thin and
unbalanced, so the Sond’s full, satisfying tones come as a pleasant
surprise.

Where it falls down is its lack of finesse and sparkle
in the high frequencies. Yes there’s a decent amount of detail and
openness in the hi-hats and percussion, but it’s not crisp or clear
enough to make your spine tingle like the best systems can. This is
perhaps inevitable for the money, but it does illustrate the sort of
sacrifices that have to be made when bagging a bargain.

However,
vocals come through cleanly and the piercing trumpets and saxophones on
Miles Davis’ jazz classic Kind of Blue don’t make you wince, even at
loud volumes. 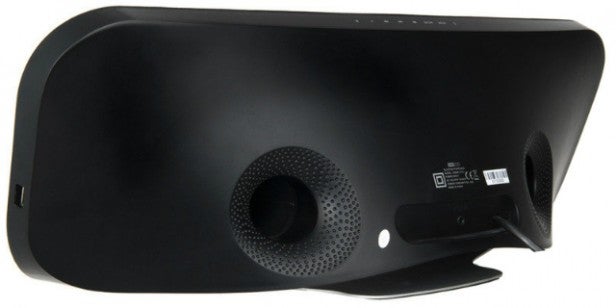 Next
we hooked our TV’s headphone output to the speaker’s minijack and
played Edge of Tomorrow on Blu-ray. It does an excellent job, playing
the frenetic beach drop scenes at a pleasingly loud volume (provided you
go easy with your TV’s volume level, which can make it distort).

The
explosions and thudding quadcopters sound big and beefy, machine gun
fire from the mecha-suits is suitably feisty and shouty dialogue punches
through. Ironically there’s more power on offer here than some
dedicated soundbars and bases (Sond’s ETBT201Y and the Goodmans Aspect spring to mind).

On
the downside, bass gets a bit boomy when there’s too much going on and
the midrange is on the sharp side, but the bottom line is that is sounds
louder and more dynamic than any TV, which at the end of the day is all
the most buyers will care about. As for the movie mode, there’s a very
slight widening of the treble but essentially it makes very little
difference.

Well we
didn’t see this coming. This little-known brand has come up trumps with
an attractive, well-made and versatile Bluetooth speaker that doubles up
as an impressive alternative to a soundbar. The built-in subwoofer
ensures a rich, weighty sound when playing music and movies, while
features like NFC and USB playback are a bonus.

On the downside
it isn’t the most refined listen, lacking detail and composure where it
counts, but there are enough positives elsewhere in its performance to
make it money well spent, even at this relatively expensive price. 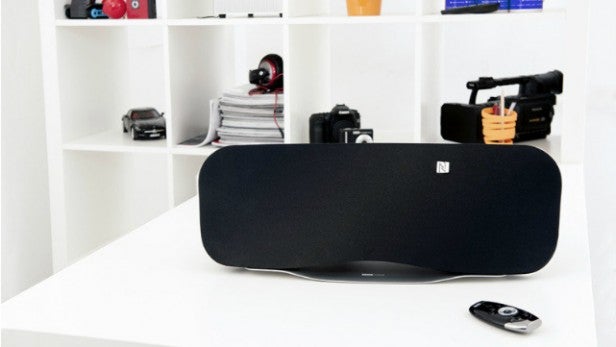 It’s
flawed, but Sond Audio’s eye-catching speaker does a decent job as a
Bluetooth player and soundbar alternative with its rich, beefy sound –
and USB playback is a bonus.