What is the Sond Audio ETBT201Y?

The ETBT201Y is a cheap ‘n’ cheerful soundbase available from online retailer eBuyer.com. It’s designed to sit under your TV or PC monitor and enhance its sound quality without cluttering up your lounge with boxes and cables – ideal for people who don’t have the budget or space for a traditional 5.1 system.

At just £70 it’s the cheapest soundbase we’ve tested, but surprisingly it comes with built-in Bluetooth, providing an easy way of streaming music from phones and tablets. 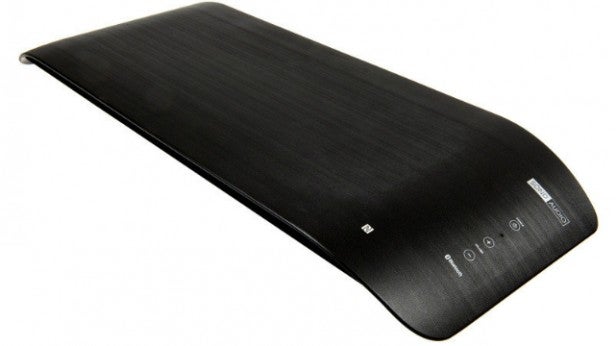 Aside from the plasticky bodywork, the ETBT201Y’s design is better than expected for the money. The brush-effect top panel and sloping edges give it a cool, modern look, plus a classy cloth grille covers the speaker drivers on the front. On the bottom are rubber-padded feet that lift the soundbase off the surface slightly to give the down-firing woofer some breathing space.

The ETBT201Y continues to confound expectations on the top panel with its touch-sensitive buttons and an NFC touch point. There’s no LED readout but a tiny light glows red, green or blue to indicate status. 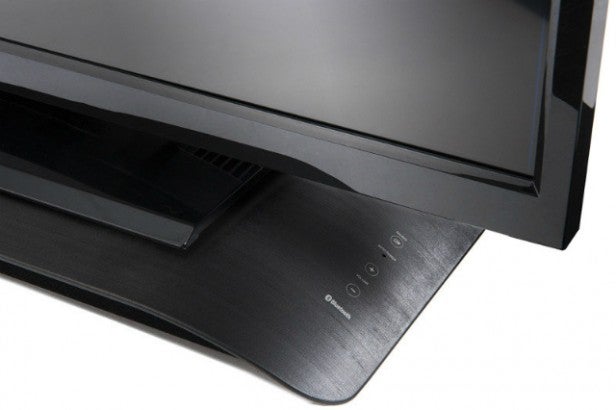 So far so good, but there is one problem with the design – the top surface area is only suitable for smaller TVs and monitors. You only have about 400 x 150mm of flat surface area to play with, so you need to make sure your TV stand fits within that – our 55in Samsung stood no chance. It’s an important consideration because you run the risk of your set toppling over if it doesn’t fit.

However, the relatively compact dimensions mean you could place it in front of the TV or on a shelf if you have the space.

On the rear panel is a single 3.5mm minijack input… and that’s it. We can understand the lack of HDMI inputs at this price, but the lack of optical input is surprising.

To hook up your TV you’ll need to connect its red and white RCA outputs to the Sond’s minijack input using the supplied cable. If your set doesn’t have RCA outputs, then you’ll have to use the headphone output, which isn’t ideal.

We hooked up our Blu-ray player’s analogue stereo outputs directly to the soundbase, with its HDMI output sending pictures to the TV independently.

Built-in Bluetooth makes it easy to stream music from mobile devices and TVs, plus the inclusion of NFC makes device pairing a cinch.

There’s also a Super Bass Boost mode which is supposed to give low frequencies a little kick. In terms of power, it’s rated at a measly-sounding 30W – 2 x 7.5W from the front channels and 15W from the subwoofer.

The ETBT201Y is supplied with a generic credit card style remote, the small, lose-down-the-sofa type with fiddly blister buttons that we’ve seen a hundred times before. To be fair though, it’s neatly laid out, well labelled and provides useful play, pause and skip buttons for Bluetooth playback. The ‘Bass’ key switches Super Bass Boost on and off.

In terms of day-to-day operation it’s blissfully simple – the little LED glows blue when using Bluetooth, green when using the line in and red when switched off. It flashes when adjusting the volume.

Non-NFC Bluetooth pairing involves pressing the ‘Pair’ button and selecting ‘ETBT201Y’ when it appears in the list of devices.

The prime objective of any soundbase is to deliver better sound quality than your TV and the ETBT201Y just about manages it, but as you might expect for £70 the step up in volume and quality isn’t massive.

The Sond certainly sounds punchier than our Samsung LED set thanks to the extra bass in the mix, while effects have more bite, treble sounds crisper and dialogue is clear. If you’re using it with a small TV in the bedroom then we think you’ll be pleased with the upgrade. 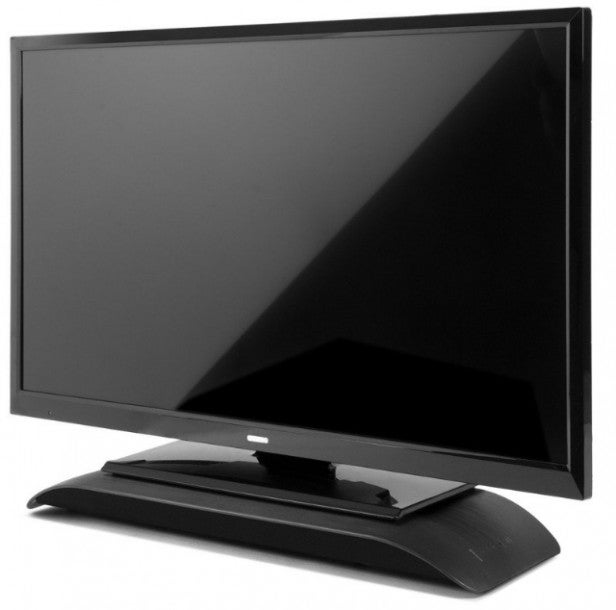 But for living room use the main problem is a lack of power. Even with the volume turned up to maximum the ETBT201Y’s output failed to fill the room (our TV could actually go louder) and it lacks the drive and dynamics needed to make action scenes sing. Turning the volume up loud also causes the unit to distort slightly and exposes the hard treble. Also, we honestly couldn’t tell what difference Super Bass Boost made.

We shoved the Sond in at the deep end with Thor: The Dark World on Blu-ray. During the ‘Attack on Asgard’ chapter there’s a bit of bass meat beneath the exploding spaceships and a lively clatter as the Asgardians and Dark Elves do battle, but ultimately the sound is too small and narrow.

We know it’s not fair to compare the ETBT201Y with the likes of Sony’s HT-XT1 or Canton’s DM50 given the price difference, but listen to the powerful, exhilarating sound offered by these pricier models and you’ll understand the sort of compromise you’re making by only spending £70 on a soundbase.

The ETBT201Y is much more at home with music. Streamed via Bluetooth from an iPod Nano, the sound is clean and nicely balanced, with the subwoofer adding subtle depth to basslines and there’s a crisp texture to hats and percussion. It’s a bit boxed-in but casual listeners should find little cause for complaint at this price. 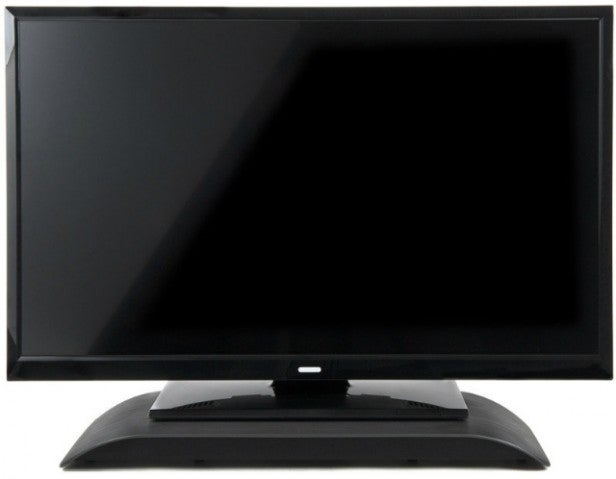 Should I buy the Sond Audio ETBT201Y?

If you’re after a cheap audio upgrade for a small bedroom TV then the ETBT201Y is a decent buy, bringing a bit of bass and bite to movies and giving music playback a welcome boost.

But in the living room it’s a different matter – the limited surface area on top won’t accommodate big TVs, there’s only a single minijack input and sonically it lacks the power and volume needed to fill the room. You might not even notice an improvement if your TV’s speakers are already fairly loud.

But it’s not all bad news. The sleek, modern design looks terrific and the inclusion of Bluetooth with NFC is not to be sniffed at for the money.

Sond Audio’s super-cheap soundbase is a valiant effort, but its underwhelming output and limited connections make it a false economy – although the dapper design and built-in Bluetooth deserve plaudits.

Next, check out our pick of the Best Soundbases and Soundbars