What is the SMS Audio Street by 50 Wired On-Ear Sport?

The SMS Audio Street by 50 Wired On-Ear Sport is a pair of headphones designed for people who like running or being in the gym.

They’re also rapper-branded. Once upon a time rappers seemed to be into handguns, chrome rims and objectifying young women. But now it’s all about accessorising your bonce with colourful headphones, apparently. The rapper in question here? 50 Cent.

While we appreciate the SMS Audio Street by 50 Wired On-Ear Sport’s efforts to take a bit of sweaty abuse, they just don’t offer the sound quality or comfort to justify a £140 price. The Beats Solo 2 sound significantly better, showing the level we’re working at here – the Solo 2s aren’t exactly an audiophile pick. 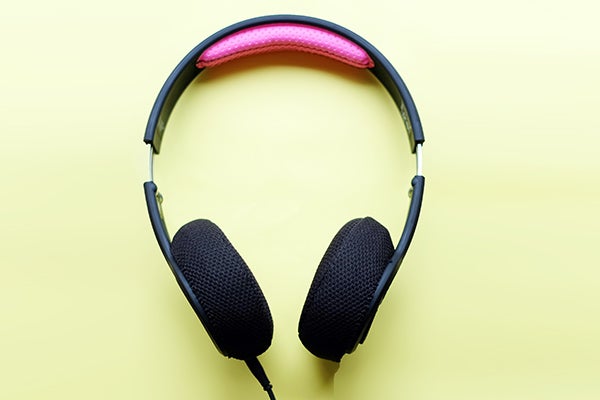 The SMS Audio Street by 50 Wired On-Ear Sport name tells you pretty much everything you need to know about these headphones. They’re wired, they’re on-ear and they’re designed for sporty types.

Other elements that come along with this include light weight and portability. They’re light and, thanks to the fold-up frame, pretty portable too.

How loud, visually speaking, the SMS Audio Street by 50 Wired On-Ear Sport design is depends on which colour you go for. The frame is all-black, but the logo on the back, the pads and the remote can be as bright as you like. 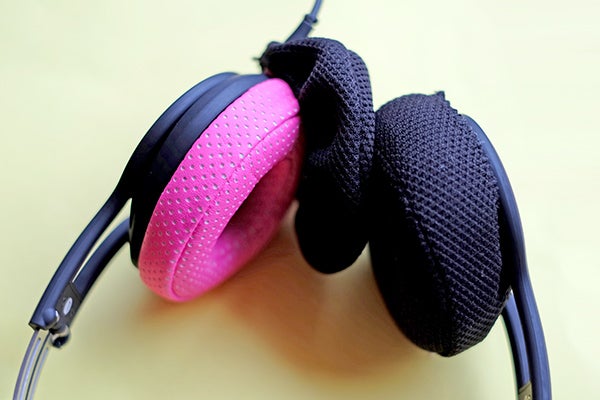 There are yellow, pink, blue and orange versions as well as an all-black one. All come with black woven fabric slip-on covers that pretty much make up the SMS Audio Street by 50 Wired On-Ear Sport’s sporty cred. Sweat all over them and you can remove these washable covers and put them in your washing machine along with your socks.

They’re a little scratchy-feeling, but will stop your headphones from becoming gross after a few weeks of gym use. Comfort isn’t too hot at the best of times, though. While the SMS Audio Street by 50 Wired On-Ear Sport are very light, the headband doesn’t spread its pressure evenly across your ears. 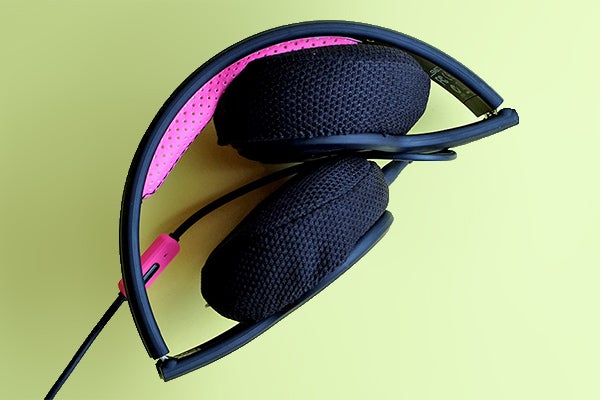 There’s more pressure on the top part of your ear, which is a shortcut to ear discomfort, especially if you wear glasses. They are a bit more comfy if you take the washable covers off, though, as the synthetic leather is that bit softer.

Like other SMS Audio headphones we’ve used, this Wired On-Ear model feels like it can take some abuse. The headband, for example, can be twisted without any issue or worrying creaking. However, they still look and feel a bit cheap given the £140 price.

They’re pretty basic, with no real sense that they’re ‘premium’ headphones beyond using a metal-skeleton headband. Still, in our testing there was no sign that they’re particularly poorly made. 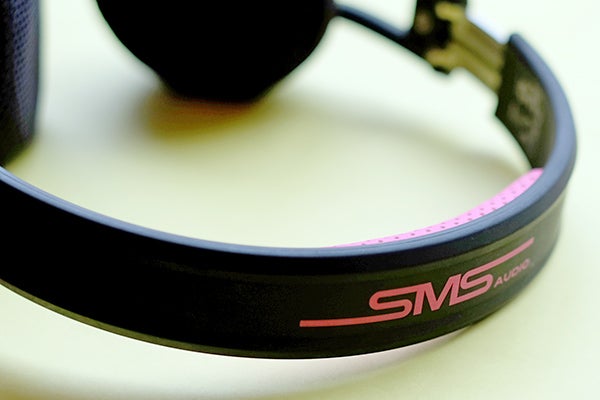 One potential downside of the SMS Audio Street by 50 Wired On-Ear Sport’s style is that noise isolation isn’t that good. With perforated leather pads and washable covers designed to be as breathable as possible, they just don’t block out that much sound. The Beats Solo 2 are much better isolators.

The accessories package is on-par with rivals, though. You get a semi-hard case, a one-button in-line remote and, unusually, a towel. For wiping your face in the gym/on the court and so on. 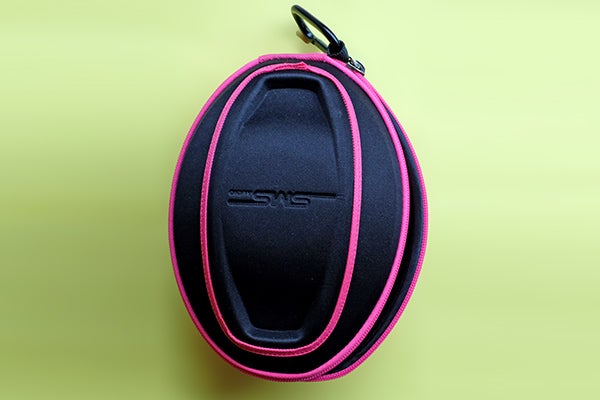 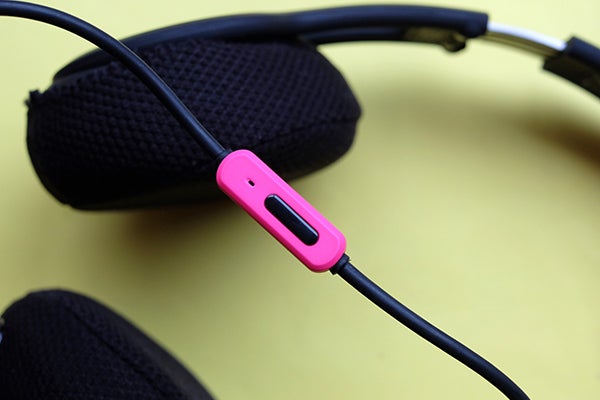 The SMS Audio Street by 50 Wired On-Ear Sport make a pretty good argument for their existence with their sweat-proofing and general gym-bound-ness. However, their sound quality is pretty unremarkable.

It’s inoffensive, but nowhere near at the level needed to justify a price of £140. Treble detail is poor, leading to vocals sounding veiled and lacking in bite.

The mid-range is also unfocused. There’s an awful lot of low-mid-range thickness that sits in the mix almost regardless of content, cluttering everything up and combining with the weak treble to make the sound borderline muffled. 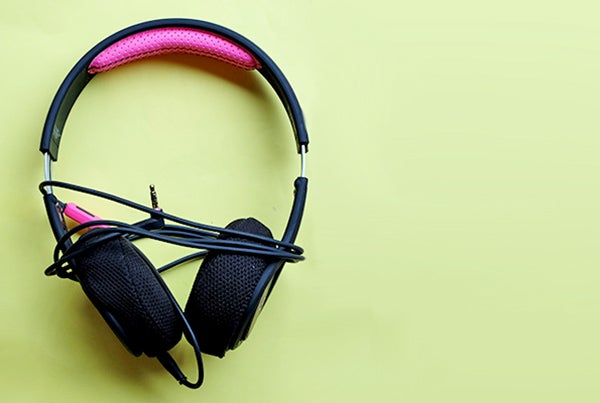 Those expecting massive bass may be disappointed too. There’s some bass boost going on, but the SMS Audio Street by 50 Wired On-Ear Sport don’t have the bass depth and slam to make it really evident. Bass presence is here certainly, but there’s not all that much in the way of bass thrills.

Given the price we’re not too happy, but it’s not all-bad. They are fairly large-sounding for on-ear headphones and fairly high sensitivity means you can get a decent amount of volume out of them without ramping up your phone/player’s level to max.

Still, for the price to sit happily along with the sound the SMS Audio Street by 50 Wired On-Ear Sport would have to sell for significantly under £100. And even then we still would not be fans of the tone. 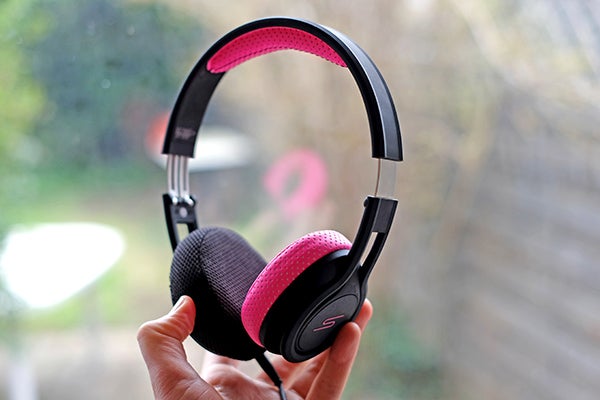 Should I buy the SMS Audio Street by 50 Wired On-Ear Sport?

The SMS Audio Street by 50 Wired On-Ear Sport are sure to win a few fans with their clear objectives. They’re headphones for people to use while running or in the gym.

However, take them away from that idea for a second and they’re just not that good. The Beats Solo 2 have a much clearer sound and better isolation, while the V-Moda Crossfade M-100 get you much more satisfying bass, if that’s what you’re after.

The washable covers are a neat extra, but you’re probably better off getting a pair of headphones you like and buying some third-party covers if you’re worried about ruining them with your sweat. Or, y’know, just giving them a wipe down. Most decent headphones use synthetic leather pads, which shouldn’t absorb much sweat anyway.

They may look like they work out, but sound quality and comfort just aren’t quite good enough to justify the price here.