Fans of picture quality will also find it hard to resist the huge amount of HD content now supported across 66 channels, taking in everything from films and TV shows to kids channels, news and documentaries. What’s more, while there are exceptions from time to time, in general we’ve found the quality of Sky’s HD channels to be superior to those of Freesat and especially Freeview. 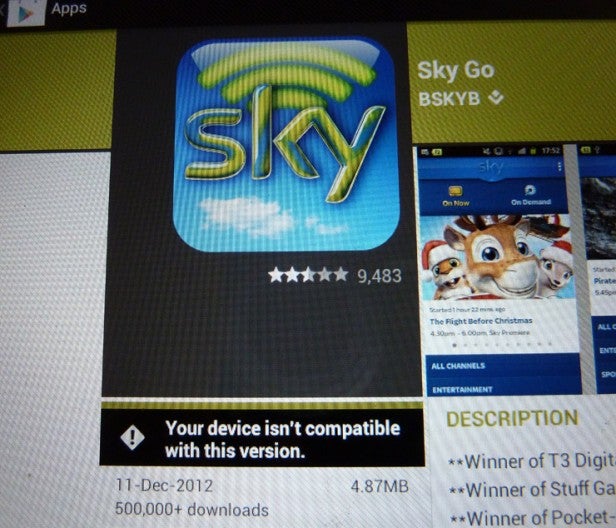 Given how many HD channels there are on the Sky platform now, it was great to see Sky this year launching a new ultra high capacity optional receiver with 2TB of built-in memory – enough to support archiving as well as time-shifting.

Turning to 3D, there’s still only one 3D channel on Sky – a testament, perhaps, to how the format doesn’t seem to have caught the public’s imagination as much as the AV industry expected it to. But this channel runs for 15 hours a day now, and is less filled with repeats than it used to be. Plus there’s much more well-made and interesting content on there than there was when the channel first launched.

Verdict
While not everything Sky’s done over the past 18 months has garnered much attention, when you add all the iterative improvements up together, the service is actually hugely improved from what it was 18 months ago – at least if you’ve also got an Apple phone, iPod or tablet.

The key point is that your Sky subscription no longer just secures you a bunch more channels (including some key movie and sport exclusives) and more HD than you can find on other platforms. It also gets you a huge Sky catchup service, access to the catch up services of the main UK TV channels, a much-improved EPG, a genius new surfing and control app in the form of the iOS Sky , and most important of all, an entire content ecosystem through Sky Go that lets you still access many of those lovely channels you’re paying for even when you’re not in your home. 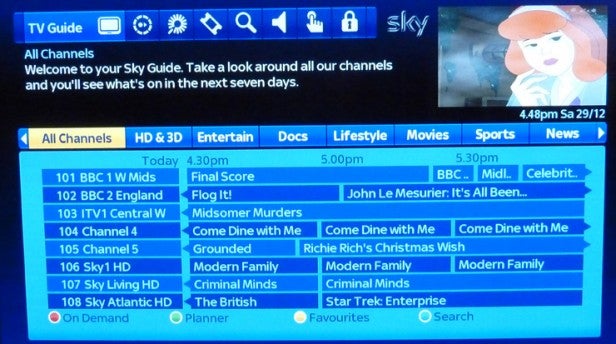 In fact, if you have an Apple device, we have no hesitation in considering Sky a 9 out of 10 service once the size, flexibility and quality of its proposition have all been taken into account.
The situation isn’t quite so enticing if you only own Android devices. For Sky’s support for the Android platform lags painfully behind its iOS support in terms of both the timeliness with which the key apps are introduced, and the quality of such apps when they appear. Such a clear-cut platform bias seems simply unfair; Apple and Sky don’t share any business roots, so there’s no good reason why you should have to own an iOS device if you really want to get the maximum bang for your Sky buck.

There are other areas for Sky to work on too. For starters, we’d love them to introduce a ‘7-day back’ EPG like Virgin, Freesat and Freetime now offer on some of their receivers. It’s a pity you can’t play multimedia files through it too, and we’ve long wished that Sky could introduce a TiVo-like learning system, especially now there’s so much two-way communication going on with your Sky box. 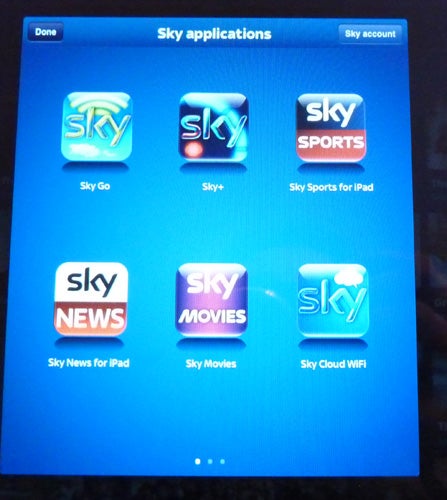 It will also be interesting to see how well Sky manages to hang on to key content now there’s so much more competition out there vying for a piece of the content pie. Let’s not forget, for starters, that BT Vision has snapped up a good number of Premiership footie matches for next season. And we’d be the first to admit that we’ve spent many an hour in recent months watching TV shows on Netflix or Lovefilm rather than just watching Sky all the time as we used to.

Some of these issues might just require Sky to slightly reduce its pricing at some point (or maybe that’s just wishful thinking on our part!).

Despite all the foibles, though, as well as our own altered viewing habits, the bottom line is that we still can’t imagine life without Sky. In fact, in many ways it feels even more essential a part of our home entertainment life than it did 18 months ago – a serious accomplishment given how much the TV landscape has changed in that time.