The past 12-18 months have been ‘interesting’ for Sky. For where the satellite broadcaster once only had one real competitor for its subscription TV services, Virgin, it now finds itself under assault from an explosion of content providers all vying for our hard-earned cash. Netflix, LoveFilm, Blinkbox, AceTrax, BT Vision and others have all found a foothold in the UK’s living rooms, especially since some of them started to provide ‘portals’ on such living room-friendly devices as games consoles and smart TVs.

There’s even been a renewed assault from ‘free’ TV services like Freeview and Freesat, which have both offered new subscription-free recording devices offering at least some of the functionality offered by Sky’s platform. In fact, with their seven day backwards EPGs, Freeview’s YouView and Freesat’s Freetime boxes actually offer a significant feature that Sky’s system currently does not.

Even the way we watch TV has shifted dramatically, as more and more of us have shifted our viewing habits from ‘live’ to ‘on demand’ content.

Sky hasn’t just sat on its hands idly watching the competition invade its lucrative space, however. A quite remarkable period of innovation from the broadcaster began with the launch of the UK’s first 3D channel in April 2010. Then on March 21 2012 it opened up its Anytime on-demand TV and movie service to ALL Sky subscribers, rather than just those signed up to Sky’s broadband service. 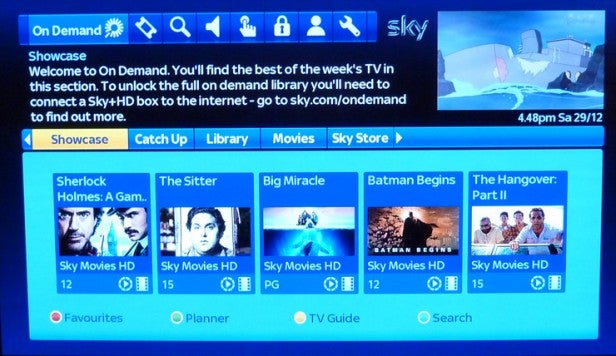 This was followed on July 17th by another hugely significant move when Sky launched Now TV; an on-demand service allowing even people who don’t have Sky TV subscriptions to access a healthy chunk of Sky’s immense movie library, with other ‘channels’ of content promised in the coming months.

We’ve looked at the 3D, Anytime and Now TV platforms in separate reviews, though, so while all three probably warrant a return visit at some point, here we’re going to focus on the raft of smaller-individually but in-total-significant improvements that have become available to Sky subscribers in the past year or so.

The single most important of these additions has to be Sky Go. This basically enables Sky subscribers to watch Sky channels live or on demand on their portable devices. It sounds pretty simple when you just write it down like that, but the reality of it is a joy to use (so long as you’re an iOS user… More on this soon). There are currently more than 30 channels you can watch live, including a great mix of movies, sport, entertainment and children’s stuff. Plus there are hundreds more TV episodes/series and films available to watch on demand. 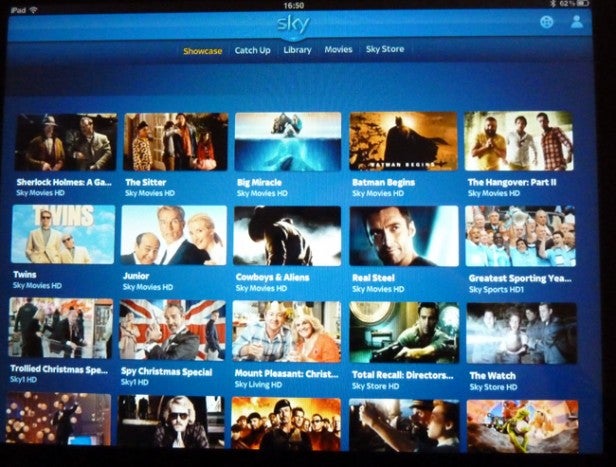 The interface for watching everything is sublimely simple, and the quality of the streams is usually strong as long as the local network or wi-fi performance is half decent.

There are, though, a couple of significant limitations to Sky Go. The more forgivable of these is that it doesn’t work outside the UK, which has proved a frustration on a number of our travels over the year. This situation was always likely to be unavoidable, though, given the local nature of Sky’s licensing deals.

Much tougher to forgive is the way Sky Go still isn’t available in full – or even at all, in some cases – for all Android devices. A full list of Sky’s ‘approved’ devices can be found here, but we can’t help but feel that Sky has had long enough to have made the app more or less universal now.

We’ve also found the Android app prone to performing less ably in picture quality terms than the Apple app – or, at least, it seems more dependent on the quality of your connection than the Apple version.

Next
Building an ecosystem Review