While the UE65KS9500 isn’t by any means perfect, I have no hesitation in saying it’s capable of delivering the most spectacular picture quality I’ve ever seen.

Any HDR footage that’s predominantly bright looks explosively gorgeous on the UE65KS9500. Samsung’s genuinely ground-breaking LCD panel combines its immense brightness potential with a vast colour range and a spectacular talent for bringing out a 4K Blu-ray’s extra detail and sharpness. HDR pictures so good that l initially found myself rather distracted by the sheer majesty of the image quality on show. 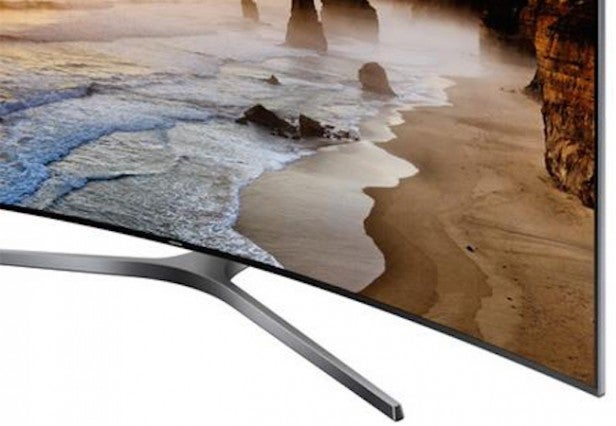 The TVs brightness is hugely significant when trying to address why the UE65KS9500’s HDR pictures are so often magnificent. It gives bright peaks in HDR pictures a level of punch and expressiveness I’ve not seen before. It also has some clever tonal mapping to unlock levels of detail and colour tone that no other screen to date can match. (The Panasonic’s DX902 range gets reasonably close, though.)

Being able to view such detail in areas of the picture with the brightest whites and colours really makes you realise just what a transformative effect HDR can have on picture quality.

The amount of brightness the UE65KS9500 delivers is joined by impressive black-level performance, by LCD standards. Thanks to its local dimming system, the UE65KS9500 is capable of producing deep blacks and amazingly bright whites and colours within a single frame, enabling images to look fantastically contrast-rich.

Samsung’s light management is good enough to ensure that there’s plenty of shadow detail in dark areas of HDR content; there’s no hint of that hollow look seen on some HDR-capable TVs. Similarly, the set is impressively free of “silhouetting”, the phenomenon where dark objects in predominantly bright HDR shots can look like dark outlines. 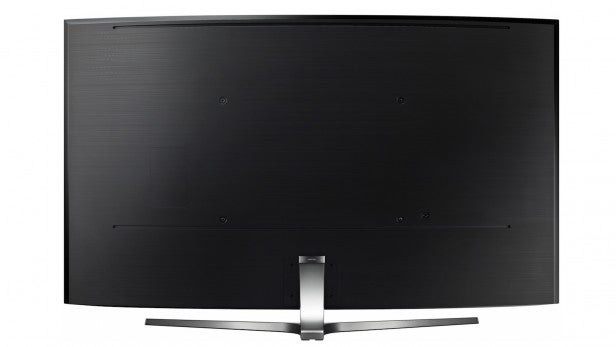 Samsung has always had a knack for making its pictures look exceptionally sharp, but sometimes this has been accompanied by a rather grainy, noisy finish. Not so with the UE65KS9500, as the image now looks natural and clean at the same time. It delivers levels of detail and crispness that I don’t think any rival brand can quite match.

Even with standard dynamic range content, it looks superb. Colours are rich and beautifully balanced, black-level response is spectacular and detail levels continue to look awesome. There’s practically no sign of clouding, blooming, blocking or other common LCD backlight problems. Only LG’s latest and more expensive OLED TVs might fairly claim to do a better job with SDR material than the UE65KS9500.

Perhaps most startling of all is the UE65KS9500’s new HDR+ system. This does a class-leading job of improving SDR material with an HDR-grade luminance range and an expanded colour gamut. It even manages to deliver a sense of tonal detailing in the bright peaks of SDR sources. It does a robust, vibrant and generally convincing job of amplifying SDR colour “volume” over any rival HDR upscaling system. 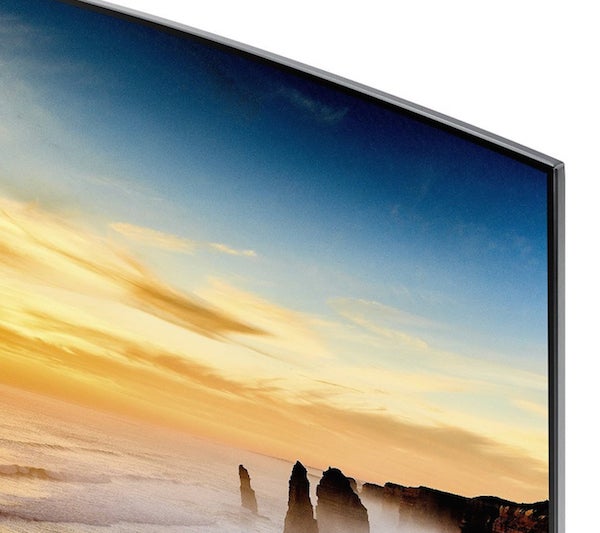 The HDR+ effect isn’t perfect, though, and shouldn’t be considered a replacement for tracking down native HDR content. There are shots where the colour balance doesn’t look quite right, with some tones slightly dominating others. And there’s a tendency for relatively warm content to end up looking slightly yellow in tone.

Some people will understandably take issue with the very notion of trying to convert native SDR into anything else. But there’s no doubt in my mind that HDR+ is generally far more capable of making SDR sources look like HDR than any rival system.

The UE65KS9500 is also a ridiculously good gaming monitor. Tests for input lag recorded a measurement of just 25ms when using the TV’s Game picture setting. This is exceptionally low for an Ultra HD TV, where figures of between 30 and 60ms are more commonplace.

Having finally exhausted the UE65KS9500’s strengths, let’s go through the reasons why it isn’t a perfect TV.

First, when you’re watching a very bright HDR object against a dark backdrop, excess light can seep into the dark areas. The blooming effect becomes more noticeable if you have to watch the TV from an angle, but then the curved screen precludes you from a viewing angle of more than around 30-35 degrees anyway. Strangely, the blooming issue with HDR is also less problematic if you use the Standard picture preset rather than the more accurate Movie mode.

Next, the UE65KS9500 suffers with some colour-banding problems in the Movie picture setting with Ultra HD HDR content. Samsung is working to rectify this, but at the time of writing the only way to substantially reduce the banding is to set the dynamic contrast to Medium or High. In brightening images with this option, though, you’re no longer seeing an absolutely accurate HDR picture. Again, that’s something purists will not feel especially happy about.

Other smaller issues are some surprisingly aggressive judder during rapid camera pans, a (very rare indeed) flickering issue when a picture contains a lot of extremely fine detailing. There’s also a faint “torchlight” effect coming in from the bottom corners when the TV is showing high-contrast HDR material. That’s unexpected, considering this isn’t an edge-lit TV.

Used as the main TV for the review period
Tested for more than a week
Tested using industry calibrated tools, discs and with real world use
Tested with broadcast content (HD/SD), video streams and demo discs
Previous
Samsung UE65KS9500 Review Next
Sound and Conclusions Review