While the UE65JS9000 doesn’t hit the same miraculous picture quality heights as the UE65JS9500 and needs more care with its set up, it still delivers genuinely next-generation thrills that, once experienced, are hard to live without.

Kicking off our testing with the ‘full monty’ of UHD HDR clips of The Life of Pi and Ridley Scott’s Exodus (both stored on USB drives supplied by Samsung for our tests), as with the UE65JS9500 our immediate reaction was sheer wide-eyed amazement at the extraordinary images on show. 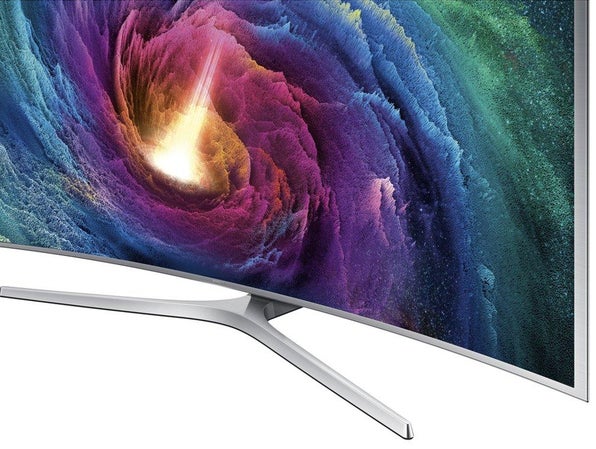 This is partly because there’s a much wider range of colours on show, but also because this range of colours delivers smoother, more immaculate colour blends – something which also helps 2D images enjoy a more satisfying sense of depth.

Thanks to the extra luminance at the heart of the HDR experience, moreover, the UE65JS9000 manages to retain vivid and natural colour saturations even in very dark picture areas, instantly and dramatically overcoming a traditional LCD weakness.

The extra brightness of the HDR experience additionally helps the UE65JS9000 reproduce spellbinding amounts of shadow detail in dark scenes, generally avoiding the crushing problem in dark areas associated with normal LCD technology. This helps dark scenes enjoy a sense of depth in line with that witnessed during bright content, making for a more consistent viewing experience, as well as making pictures look more rich in resolution.

HDR’s far wider luminance range also makes pictures look incredibly contrast rich. Clearly it’s a challenge for LCD technology to deliver the full impact of so much contrast given the problems it has combining bright and dark content in the same frame, but remarkably, provided you’ve followed the fairly simple set-up advice we gave earlier, the UE65JS9000 does a far better job of rendering HDR’s contrast potential than we’d have imagined an edge-lit LCD TV could ever do.

Bright parts of the image simply explode of the screen, pushed by levels of brightness never seen before from flat panel technology (aside from Samsung’s own UE65JS9500, of course). But more remarkably, dark shots and picture areas also look gorgeously black rather than the milky grey we might have expected – without compromising the bright parts nearly as much as feared. 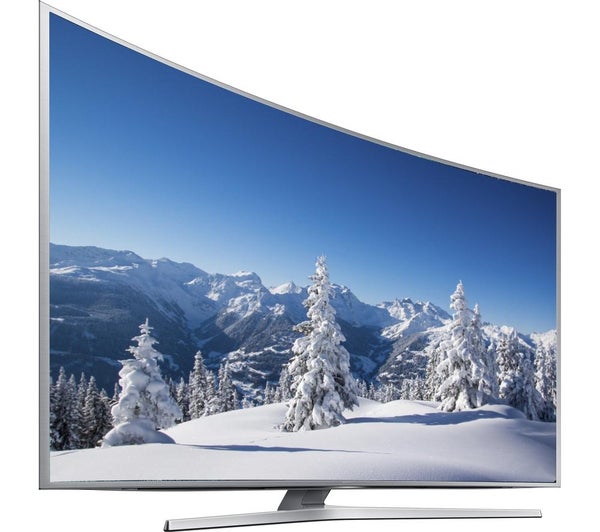 That Samsung has been able to achieve such a dynamic look to its pictures from edge LED technology is a testament to the quality of the local dimming system Samsung is now using, which now seems up there with previous light control king Sony.

So happily distracted have we been by the UE65JS9000’s HDR talents that we’ve not focused yet on its UHD skills. Rest assured, though, that these are prodigious. The set does a gorgeous job of picking out every tiny pixel of resolution from our UHD sources, delivering intensely detailed, crisp, noiseless images that fully create that sense of looking through a window that so well describes a quality UHD experience. In fact, with HDR on hand to deliver more colour and luminance finesse than you get with normal TVs the image actually feels even more detailed than that of most rival 4K/UHD TVs.

Of course, the irony of the fact that we’re raving about HDR UHD content of the sort nobody reading this review will be able to watch for at least a few months isn’t lost on us. But there’s good news here too, for thankfully the UE65JS9000 is also an outstanding TV with 4K and HD content. The brightness and colour reproduction the set has developed to support its HDR playback helps normal content look brighter, bolder and more contrast rich than we’ve seen it on any other edge LED TV before, while Samsung’s UHD upscaling continues to excel, adding millions of extra pixels to non-UHD sources with startling accuracy and effectiveness.

This upscaling seems cleverer at distinguishing between genuine noise and natural grain than last year’s version, and also dodges that old Samsung issue of over-egging edges to the point where they start to look stressed.

Even the UE65JS9000’s controversial curved screen seems to fit well with the incredibly dynamic and crisp pictures on show, enhancing the sense of depth that’s already been created by the image’s stellar contrast and brightness. 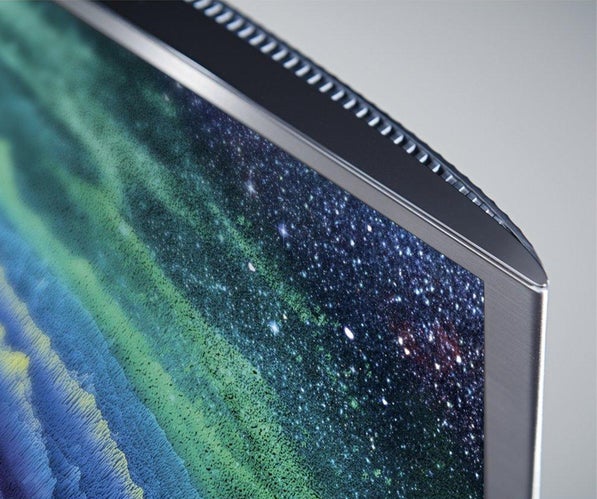 One final point to add here is that strangely the UE65JS9000 appeared more sophisticated with its motion handling than the UE65JS9500 we tested. This could be down to firmware improvements – we had to install two new updates before we could even start testing the TV – or perhaps some quirk of the two TVs’ different light engines. But whatever the cause, it’s a welcome advance.
All the stuff we’ve just talked about has done more than enough already to make the UE65JS9000 a cut above any TV we’ve tested before bar the UE65JS9500, especially once the content comes along to unlock all of its abilities in full. But…

Nothing’s ever perfect, and we did find a few issues with the UE65JS9000’s pictures. The main one is that even Samsung’s outstanding backlight controls can’t completely avoid backlight clouding, as noted earlier. In fact, if you just stick with the Dynamic or Movie presets you will see the problem appearing quite aggressively. Fortunately with careful management of the backlight setting and Cinema Black feature you can ensure that the clouding’s appearances are rare. It should be stated, too, that you don’t generally see the clouding unless you’re watching a predominantly dark scene with some bright content towards its centre in a darkened room.

The problem is sufficient, however, that you do have to work around it – and in doing so you have to remove some of the dynamism and punch from the picture compared with the full-on HDR splendour possible with the UE65JS9500.

Another issue is that the UE65JS9000’s curvature causes some exaggerated distortions of bright reflections from your room. Though this is less aggressive an issue than it was on 2014’s curved screens thanks to both improved filtering in the screen design and the UE65JS9000’s ground-breaking brightness.

The curve also means you can start to experience image geometry issues if you start to watch from more than around 35-40 degrees down the TV’s sides, and finally occasionally if you’ve had to reduce the backlight to counter backlight clouding some very dark areas can start to feel marginally crushed and hollow.

The key thing about the UE65JS9000’s pictures, though, is that most of the issues are more or less defeatable, leaving you with pictures that overall completely redefine edge LED expectations.

Used as the main TV for the review period
Tested for more than a week
Tested using industry calibrated tools, discs and with real world use
Tested with broadcast content (HD/SD), video streams and demo discs
Previous
Samsung UE65JS9000 Review Next
3D, Sound and Verdict Review