The
58AX802 is one of the most solidly built flat TVs we’ve ever
manhandled. The screen’s constructed like the proverbial brick outhouse,
while the stand, remarkably, feels even heavier.

The stand’s
weight is understandable given that the 58AX802’s striking design
requires the screen to sit more on the front of the stand than on top of
it, requiring some serious counterbalancing. But it certainly makes
shifting the TV about once you’ve put it and the stand together pretty
much impossible. 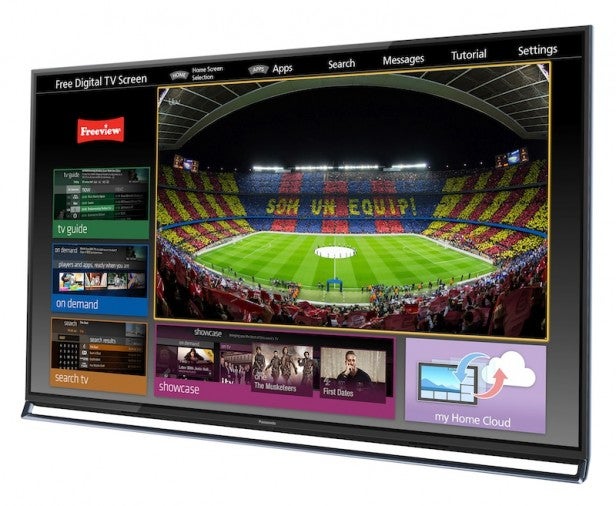 That
‘striking design’ we mentioned finds the screen sitting atop a
full-width open rectangular bottom edge, which cunningly looks like it’s
providing all the support rather than the far less glamorous chunk of
heftiness hidden around the back.

The frame around the 58AX802’s
58-inch screen is reasonably though not remarkably thin, with a
high-quality gloss black finish offset by a cute silver trim. There’s a
little pop-up camera behind the centre of the top edge, too, for Skype
calls or enabling the TV to recognise who’s using it.

Connections
are extensive. The main points of interest from a video point of view
are its four HDMIs and, unusually, a DisplayPort. The DisplayPort is
there because this connection – typically only found in the PC world –
is much more adept than HDMI at handling data-heavy UHD streams. Only
one of the 58AX802’s HDMIs – number 4 – is able to take 4K/60p images,
which is a bit of a shame. Though having said that, it’ll probably be a
while before you’re able to get your hands on two 4K/60p sources…

The
58AX802 is also rich in multimedia connections. There are integrated
Wi-Fi and LAN options for getting your TV online or sharing content from
and to networked DLNA computers and smart devices. Plus there’s a trio
of USBs for playing back video, photo and music files from USB storage
devices or recording material from the built-in Freeview and Freesat
tuners to USB HDDs. 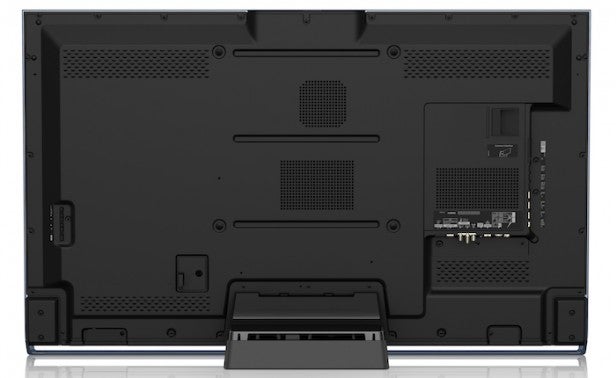 These
tuners are twin ones, too, meaning that you could record something from
one channel while watching another, or stream one channel to a second
screen such as a tablet while watching another channel on the main TV.
Thanks to Panasonic’s new TV Anywhere feature you can even stream a
broadcast or USB recording over the internet for viewing on a registered
Smart Device anywhere in the world. Excellent.

Another ‘smart’
highlight of the 58AX802 is its Freetime system, a brilliantly simple
electronic programme guide that lets you watch catch-up TV and scroll
back as well as forward through time. Plus there’s a new My Stream
system with an attractive tiled ‘ribbon’ menu and links to content the
TV thinks you’ll like based on your viewing history.

All of the
smart features are partnered by Panasonic’s straightforward and
impressively customisable My Home Screen interface. For more details on
Panasonic’s impressive smart offering this year, check out our dedicated feature.

The
58AX802’s picture features are dominated, inevitably, by its native
UHD/4K resolution of 3840 x 2160 pixels. But resolution is only part of
the TV picture quality story, so it’s great to find all those extra
pixels backed up by Panasonic’s new, ultra-powerful ‘Hexa 4K’ and
‘Studio Master Drive’ processing systems. The latter combines a powerful
3D colour-management system and a Black Gradation Drive that
continually adds lighting compensation to dark image areas to boost
colour gradations and shadow details in these traditionally troublesome
areas.

The panel’s edge LED lighting system, meanwhile, is driven
by a local dimming engine that can adjust the light output for
different segments of the LEDs individually to boost contrast. 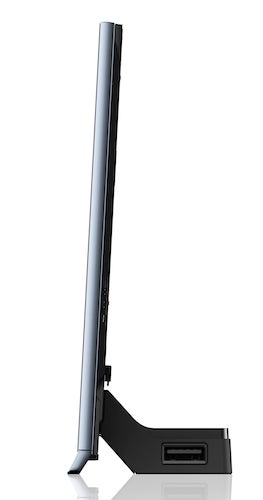 While
discussing contrast, it’s important to stress that the 58AX802 doesn’t
use one of the IPS-type LCD panels that have proved so problematic this
year. This fact is immediately revealed even before checking out any
dark content by the fact that the screen employs the active 3D system.
IPS panels almost always use the passive system.

Panasonic backs up the 58AX802’s 3D playback by including two pairs of active shutter glasses with the TV.

Also
helping the 58AX802’s panel stand out from the crowd is Panasonic’s
Studio Master Colour technology, which uses LEDs capable of delivering a
wider colour space than the usual TV LEDs to provide an expanded colour
palette. What’s particularly intriguing about this is that, as well as
delivering a generally wider colour space, the Studio Master Colour
system has the potential to overcome LCD’s usual problems rendering rich
and believable colour tones in dark scenes.

A couple of further
features connected to the 58AX802’s pictures are a ‘2000Hz’ motion
processing system to tackle the LCD motion blur that can be so
distracting when watching native UHD content, and the eye-catching
endorsement of the set’s picture performance by the independent THX
organisation.

This endorsement comes with a pair of THX picture
presets, which are joined by two ‘ISF presets’ that an Imaging Science
Foundation representative could use for storing picture settings
professionally calibrated to suit your specific room conditions.

The
58AX802 does an unusually good job of guiding you through initial
installation, with clear menus and descriptions and even a spoken-word
tutorial of how to set up and use the My Home Screen interface. The only
catch is that, as with the 50AX802
we reviewed, we had a few issues getting the TV’s wireless system to
connect properly to our network after performing the system software
update that the TV requested during the initial install. The only fix
appears to be completely unplugging the set for a while. 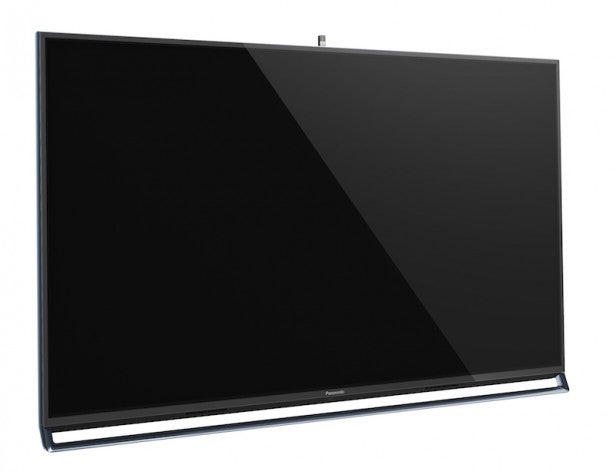 When
it comes to getting the best out of the 58AX802’s pictures, you need to
be fairly careful with how you set things up. The main focus of your
adjustments is to get the rich black levels the TV’s contrast tools make
possible, without making the workings of those contrast tools
distractingly obvious. And our main tips for achieving this are as
follows…

Firstly, keep the backlight setting down to between its 55 and 65
setting (depending on light levels in your room), and set contrast to
around its 80 level to reduce the potential for picture noise. Then use
the Adaptive Backlight Control option on its Mid level rather than the
low setting we’d normally recommend for such features, and use the
Letterbox Dimmer feature, as this cleverly hides the backlight
disruption you can otherwise see when watching films with 2.35/2.4:1
aspect ratios. Try using the Brilliance enhancer feature, but only on its
lowest power setting.

Finally, regarding settings not related to
contrast, make sure you turn off noise reduction for all native UHD
content and, we’d argue, upscaled HD, and use the Intelligent Frame
Creation motion compensation processing on either its Mid (for TV) or
Low (for movies) setting. Film purists may prefer to leave the IFC
system off, but we’d suggest that the processing is assured enough on
this TV to at least warrant a trial run. You might be pleasantly
surprised.