Watching our various UHD/4K demo reels in action on the UE65F9000 is a dazzling spectacle that makes going back to a normal HD TV feel positively painful.

For instance, the sense of detail and sharpness in the UE65F9000’s pictures is like nothing we’ve tested before – and we say that despite having previously tested 65-inch UHD/4K TVs from Sony and Toshiba. There’s just something about Samsung’s image handling that’s seems tailor-made to stress the raw clarity-boosting power of the UHD format. 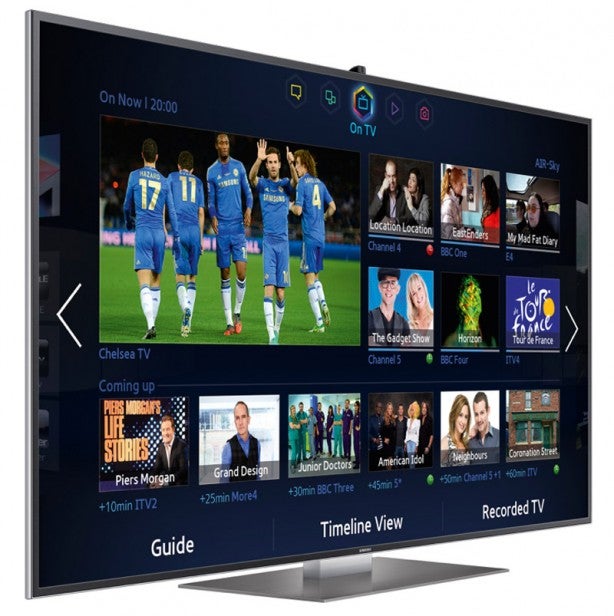 This focus on sharpness sounds eminently sensible on paper of course, given that for most consumers the easiest UHD benefit to understand is its impact on clarity. However, it would actually have been very easy for Samsung to have made a hash of things if its focus on sharpness hadn’t been accompanied by plenty of prowess when it comes to handling noise and colour nuancing. Plus it would have been pretty unpleasant if Samsung had pushed sharpness too far – a potential problem you can actually witness on the UE65F900 if you use its Dynamic picture preset, which goes into such overdrive where sharpness is concerned that it causes the image to look noisy, artificial and uneven, with bright, contrasty parts of the image becoming stressy.

Stick with Samsung’s default Standard or Movie presets, though, which leave the sharpness setting lower, and you’ll still get a stunning appreciation for UHD’s extra detail without being troubled by any unwanted side effects.

Comparing the UE65F9000 directly with Sony’s 65X9005A reveals that actually pushing sharpness isn’t the only way to deliver on UHD’s impact. For while the Sony doesn’t have quite the same immediate detail punch, it compensates for this with greater colour subtlety and range – a result, presumably, of its Triluminos technology.

This isn’t to say that the UE65F9000 isn’t also an impressive colour performer, though. For as well as its pictures benefitting from the extra blend finesse and tonal subtleties UHD makes possible, it’s also capable of producing colours that look as vibrant or as reined back and natural as you want, depending on your tastes. Yes, the Sony’s colours are richer still, but that’s not to say the Samsung isn’t still excellent in this department. 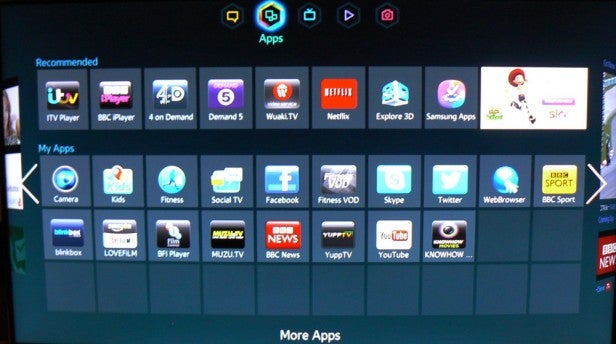 Not surprisingly the UE65F9000’s fancy for sharpness proves very helpful in reminding us of UHD’s depth of field advantage, as large-scale images are resolved much further into the distance before starting to look soft and flat than happens with normal HD pictures.

Samsung’s use of a native 200Hz panel, meanwhile – such panels remain rare in the LCD TV world at the moment – proves very helpful in making sure the UE65F9000’s extreme UHD clarity doesn’t break down when the screen is having to handle a lot of motion. Activate the set’s motion processing systems, in fact, and you can remove pretty much all trace of LCD’s common motion blur issues. This processing works more cleanly than you might expect when it comes to unwanted side effects, too, considering how much processing work is having to be done to add extra frames to UHD images.

To sum all of this UHD stuff up, the UE65F9000’s native UHD images are nothing short of magnificent – especially as they gain that bit more extra detail impact from appearing on a larger screen than that of the 55-inch UE55F9000 we’ve tested previously.

Particularly impressively, it achieves the same almost miraculous feat of making normal HD footage look at least halfway UHD (certainly more detailed and crisp than HD) without exaggerating source noise or making bright parts of the picture look forced and out of kilter with the rest of the image.

Also hugely impressive is how well HD colour is upscaled to the UE65F9000’s UHD screen, as instead of the slightly rough colour banding you might have expected you get colour blends that are only slightly less pristine than those you get with native UHD content.

It’s great to see, too, that colour tones hold up pretty much immaculately through the upscaling process, even when the source involved is a standard definition one. 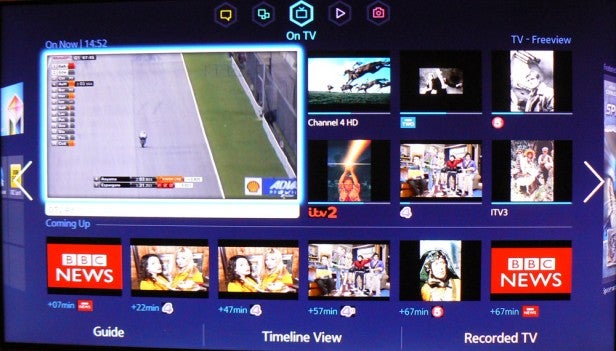 We’d frankly expected standard definition to look pretty horrible on the UE65F9000. But while it’s certainly an experience best avoided where possible given the quality you get with UHD or HD, the UE65F9000’s upscaled standard def pictures are still engaging to watch, and still enjoy a level of sharpness slightly beyond that of any other brand of UHD TV tested to date.

One final exceptional aspect of the UE65F9000’s pictures not directly related to its UHD capabilities is its contrast. For the combination of the impressive native contrast performance of Samsung’s panel design together with one of the LCD world’s most effective local dimming performances helps the screen produce black levels that are deep, pure and above all natural. Especially in the way that even the darkest of content retains remarkable amounts of subtle shadow detail.

There are faint traces of backlight clouding on Samsung’s huge panel if you don’t rein in the backlight level as discussed in the set up section, and occasionally you can see a little backlight ‘blocking’ around very bright objects if you’re using the local dimming system. But neither of these issues are nearly as distracting as they have been on other LCD TVs we’ve seen this year – most notably those from LG and Panasonic.