The UE65F9000’s 3D pictures are every bit as jaw-dropping as its 2D UHD ones. Maybe even more so.

The key to their success is their UHDness, for want of a better word. For as noted earlier, the UE65F9000 actually upscales 3D Blu-rays to full UHD resolution, rather than leaving the horizontal resolution at 1080 lines as happens with passive UHD TVs. And by adding so many pixels to the 3D frame Samsung enables its 3D pictures to take a giant leap towards the more realistic recreation of the filmic world that 3D was always intended to deliver. 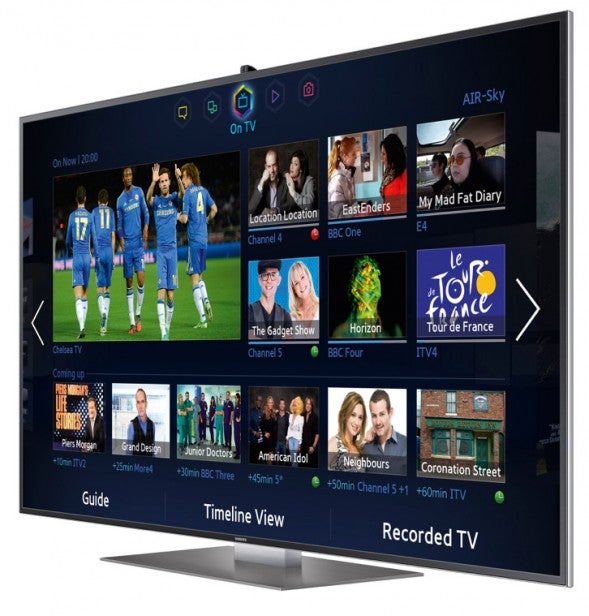 The extra pixel density of the 3D image is joined by the UE65F9000’s excellent contrast performance in helping to deliver a more natural sense of depth that feels less ‘layered’ than the 3D worlds you often experience on domestic 3D TVs. Plus, as with 2D, having more pixels to play with helps 3D images resolve a greater sense of depth, even though (at the moment) the 3D UHD images are only upscaled from HD rather than being native UHD.

Things aren’t completely perfect with the UE65F9000’s 3D images. There’s a touch – though only a touch – of crosstalk ghosting and bright edges occasionally look a bit forced too, especially if you leave the sharpness at its 50 default level rather than reducing it to around 25-30.

Finally, motion can look a bit stuttery unless you use the Motion Plus system, yet when in use this system can cause a few processing twitches and glitches.

Overall, though, seeing 3D in UHD  – even upscaled UHD – makes us think there might just be life in the old 3D dog yet.

If there’s one performance area Samsung would be well advised to focus on for its next TV range, it’s audio. For while the UE65F9000 isn’t a bad sound performer, there’s no denying that it can’t produce the sort of audio scale and clarity that its huge, pristine pictures deserve. And more to the point it lags far behind the efforts of one or two rivals – especially the stunning speaker array of the Sony 65X9005A – when it comes to delivering truly convincing, cinematic audio. 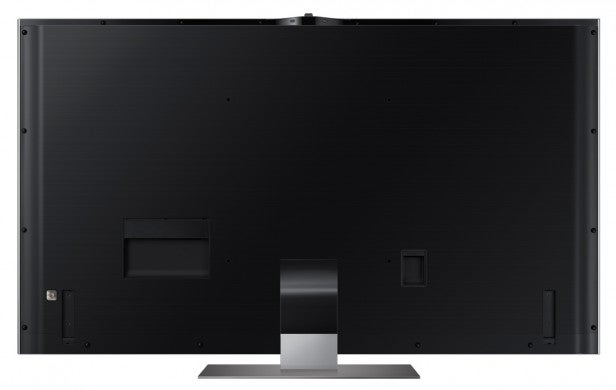 The idea of gaming on a screen as big, bold and rich in resolution as the UE65F9000 is enough to make us come over all unnecessary. However, while the TV doesn’t disappoint in pure picture quality terms, our tests revealed a slightly disappointing input lag measurement of 66ms. This means the TV takes around twice as long to render pictures after receiving image data at its inputs as Samsung’s normal HD TVs, and in doing so potentially reduces your performance with reaction-based games.

One of the most controversial things about the UE65F9000 is its penchant for alternative control systems. As well as shipping with two remotes – a standard one and a touchpad one – it allows you to interact with the TV via your smartphone or tablet computer, and via both gesture and voice control systems.

Looking at each of these, the touchpad remote is rather good. Not perfect, perhaps, but certainly the best of the current touchpad bunch, and good enough to most likely become most people’s default remote option.

The smart device support is a bit botched at the moment, though, due to you needing to use a selection of different apps – none of which Samsung actually tells you about at any point – in order to enjoy all the potential smart device features the TV supports. Samsung really needs to consolidate all of its smart device features into one easy app.

The gesture and voice control features initially feel. However, there are circumstances where they can be genuinely useful or offer a real shortcut to a desired end. Just make sure you take the time to both set up the features properly and check out the tutorial videos Samsung has put together to show you how to get the most from each feature.

If you’ve got the necessary five grand and you don’t mind waiting a little while before the native UHD sources arrive that will enable you to get the full benefit of its headline UHD resolution, then the UE65F9000 has to be a massive temptation.

Its picture quality and smart features are better than those of the Toshiba 65L9363, leaving as its main competition the Sony 65X9005A. The Sony comfortably outguns the Samsung where built-in sound quality is concerned and delivers richer and more nuanced colours. But the Samsung’s pictures are sharper, its design is much less bulky and perhaps most importantly of all, the Samsung offers a potentially less compromised upgrade path to future UHD-related connection standards.

The UE65F9000 is another terrific example of just what a difference UHD is set to make to your AV experience once UHD sources start to arrive. It’s a worthy rival for Sony’s outstanding 65X9005A in picture performance terms, and offers a seemingly more solid HDMI upgrade path to boot.