Samsung’s presence at the IFA technology show in Berlin this year was suitably grandiose but most of the fun was kept for the mobile and laptop divisions, with the announcements of the Samsung Note and Samsung Galaxy Tab 7.7in, among others. When it came to TVs, though, there wasn’t quite so much to get excited about. In fact, the Korean brand announced only one new TV: a 60in addition to its already well-received D8000 flagship range. And it’s this leviathan we’ve got sprawled across our test benches right now.

Not that sprawl is the right word to use. For it implies laziness and unkemptness, neither of which remotely relate to the stunning design of the UE60D8000. For what it appears to be at first glance is a 60in screen magically floating in space. Glorious.

Closer inspection reveals that there IS actually a bezel around the huge expanse of screen. But man, is it narrow – less than one centimetre. What’s more, this slimness applies to all four sides; there’s no sign of the chunky bottom edge commonly found with flat TVs.

The irresistible – and space saving – design is finished off to perfection by the application of a glinting silver metallic finish to what small amount of bezel there is. 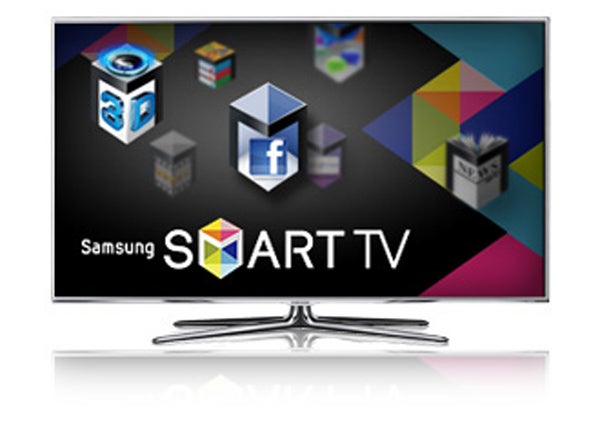 The UE60D8000’s connectivity is also first rate. Where video is concerned, the main attractions are four HDMIs – all ready to take in full HD 3D signals from Blu-ray players (or side by side Sky 3D broadcasts). But it’s the multimedia options that really stand out, as we uncover three USBs, a D-Sub PC port, a LAN port, and built-in wi-fi. It’s a treat not to have to cough up for an optional extra wi-fi USB dongle, and the TV integrated with our network effortlessly, ready to both stream in video, photo and music files from our DLNA PC, or take the TV online to access Samsung’s 2011 Smart TV platform.

We’ll come back to Smart TV in a moment, but first we should add that the USBs can additionally be used for playing back multimedia files or recording from either of the UE60D8000’s built-in Freesat HD or Freeview HD tuners.

Samsung’s Smart TV service is in many ways the most cutting edge online television system in the AV world. Its Smart Hub onscreen menu offers an inspired means of accessing all your myriad content, and it offers a content-rich mixture of video streaming and more app-like services.

Highlights include the BBC iPlayer, LoveFilm, AceTrax, Facebook, Twitter, Skype (via an optional extra camera) and Samsung’s own 3D ‘channel’, giving you an instant and free source of (admittedly often quite eclectic) 3D video.

As noted in earlier reviews, rather too many of the smaller, non-video apps are a bit pointless. But we did notice a growth in apps aimed at children, which feels like the right direction to be going in.

The full HD panel inside the UE60D8000’s infeasibly slim body is driven by edge LED lighting – a fact which makes its tiny bezel seem even more impossible. The set also enjoys Samsung’s ‘800Hz’ motion engine, which combines a native 200Hz refresh rate with a scanning backlight and frame interpolation processing to deliver a potential 800Hz effect. This could prove particularly beneficial to the UE60D8000’s 3D performance.

The set ships with two pairs of Samsung’s Bluetooth active shutter 3D glasses included, leaving you to spend as much as £100 a pair for any extra glasses you want.

The UE60D8000 isn’t endorsed by the Imaging Science Foundation (ISF), but that’s not to say it doesn’t have plenty of calibration tools. There’s a degree of colour management, gamma controls and white balance adjustment, as well as a lengthy list of processing features aimed at boosting everything from colour and contrast to sharpness and motion clarity.

You need to be careful with many of these latter processing tools, as most come with negative as well as positive side effects. But some of them can improve pictures with certain types of content, so long as you only use them on their lowest ‘power’ settings.

As usual with Samsung’s latest generation of edge LED TV, the first word that pops out of your mouth as you behold the UE60D8000 in action will likely be ‘wow’, as they clearly appear calibrated to continue the policy of ‘shock and awe’ started by the design.

Starting with 2D images, they are astonishingly bright, despite the tiny amount of space provided for the edge-based LEDs. This brightness ensures that colours are driven off the screen with exceptional aggression, making them look vibrant and pictures generally look almost insanely punchy and dynamic. 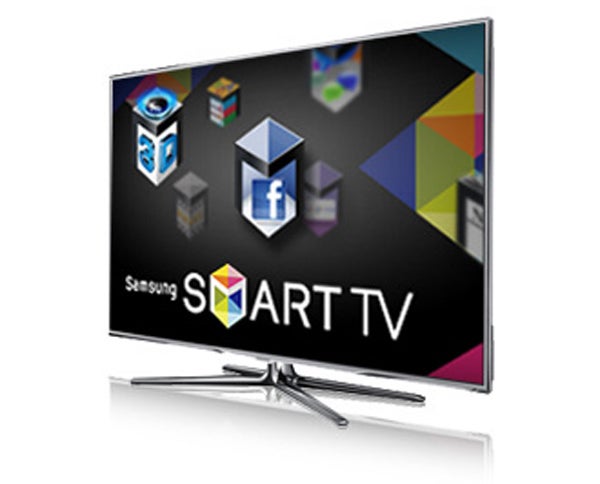 What’s really surprising/impressive about the potency of the UE60D8000’s pictures, though, is the fact that it’s achieved while maintaining one of the deepest black level responses in the LCD TV world. Being able to combine lots of brightness with good black levels suggests a native contrast performance that most if not all other brands can only dream about matching – outstanding! This is a particularly great feature for film lovers.

Also impressive is how few reflections we could see on the screen despite its size (clearly there’s some clever filtering going on somewhere), and how sharp and detailed HD pictures look. Really big screens like the UE60D8000 are usually the best ones for highlighting HD’s quality versus standard definition, but Samsung’s new giant does even better than most king-sized rivals in this respect. In fact, it occasionally goes a touch far, to the point where edge-stressing and fizziness appear. But careful tweaking of the set’s sharpness settings – and turning off edge enhancement – can usually solve this.

We do have a couple of issues with the UE60D8000’s 2D pictures, though. First, the provided picture presets prove less than helpful, as they tend to push contrast and brightness too hard for comfort, leaving pictures looking noisy and tiring. Fortunately, it doesn’t take too much work to sort the presets out. But no amount of tinkering fully dealt with our other 2D UE60D8000 problem: inconsistent backlighting.

As soon as we heard about the UE60D8000 we’d been worried that this issue – where parts of dark images look slightly cloudy due to the screen not being able to achieve a consistent backlight – might trouble such a large edge-lit TV, and our worries prove at least slightly well founded.

For if you’re watching a dark movie scene on the UE60D8000 in a reasonably dark room – something many potential buyers would probably want to do fairly regularly – you can make out ‘jets’ of light sneaking a few inches into the picture from each corner.

The UE60D8000‘s backlight inconsistencies are not as aggressive as we’d expected they might be with such a large edge LED TV, especially if you reduce the set’s backlight to its 9 or 10 level (on Samsung’s 0-20 scale), and keep the brightness no higher than 50 out of 100. But the fact you can see areas of inconsistency at all means they have the potential to distract you from what you’re watching, especially if you start looking out for them once you’ve seen them a few times.

To put some perspective on this, you can’t see the backlight inconsistencies at all when watching bright material, or if you’re watching in a typical amount of ambient light. So it’s only ‘serious movie nights’ that are likely to be affected by it.

Running a couple of 3D movies into the UE60D8000, first impressions are overwhelmingly positive, as that eye-popping nature of the picture noted while watching 2D helps the screen produce arguably the brightest, most richly coloured 3D pictures we’ve seen on an active 3D TV. We didn’t notice any flicker from Samsung’s comfortable standard issue 3D glasses either – so long, at least, as we watched in a fairly dark room.

Detail levels are extremely high too, as the 60in screen size together with some impressively crisp motion handling combines to deliver fully on the full HD resolution the active 3D format was developed to deliver. 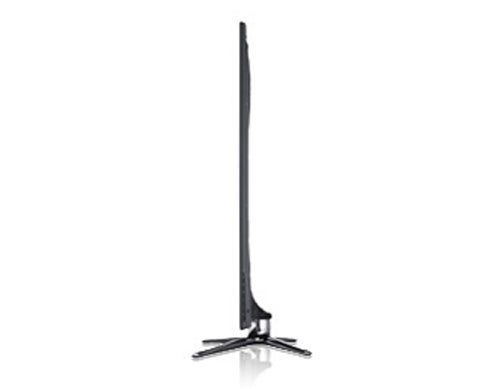 The screen delivers a great sense of depth without looking forced too, and even its 2D to 3D conversion works decently – certainly better than any similar engine offered by other brands right now.

The UE60D8000’s 3D pictures do, however, suffer with a flaw: crosstalk noise. This doesn’t affect bright scenes much, thankfully, but if there’s a dark scene with bright elements in it, those bright elements more often than not suffer with the familiar double ghosting noise.

The UE60D8000 is no worse in this regard than other D8000 models. But the size of the screen makes the crosstalk stand out more, plus the set’s relatively late arrival compared with the other D8000 models means we now have a wider frame of 3D reference to judge it in. And compared with, for instance, the recently reviewed Panasonic P65VT30, there’s unquestionably much more crosstalk in the UE60D8000’s pictures.

The Samsung’s 3D pictures are brighter, but if push comes to shove, we’d take less brightness and no crosstalk over more brightness but some occasionally obvious crosstalk.

If you’re a gamer, the UE60D8000 is a very impressive console monitor, as its contrast and motion handling strengths join with a very respectable 35ms of input lag.

Wrapping up with the UE60D8000’s audio performance, we were actually quite impressed by it. For despite having practically no physical bodywork to work with, its speakers manage to go reasonably loud without distorting, and deliver an open mid-range, good treble clarity, and even a little bass. Obviously the soundstage doesn’t rival the scale of the screen, but it’s much more easy on the ear than expected.

Verdict
Samsung’s UE60D8000 is possibly the most lust-inducing TV we’ve ever seen. And for much of the time it’s a barnstorming performer, too. We can’t ultimately give it a whole-hearted recommendation, though, due to its twin problems of an inconsistent backlight and occasional 3D crosstalk issues.