We’ve seen enough Samsung TVs this year to have strong expectations of the UE46F6500’s picture performance. And almost boringly, it doesn’t let us down one bit.

Its success relative to most other LCD TVs in the same price bracket is founded on its excellent contrast performance. Follow the simple contrast and backlight settings advice mentioned earlier and you’ll be rewarded by a combination of startlingly inky black levels and punchy whites and colours that you’d scarcely imagine possible from a TV that isn’t using local dimming. 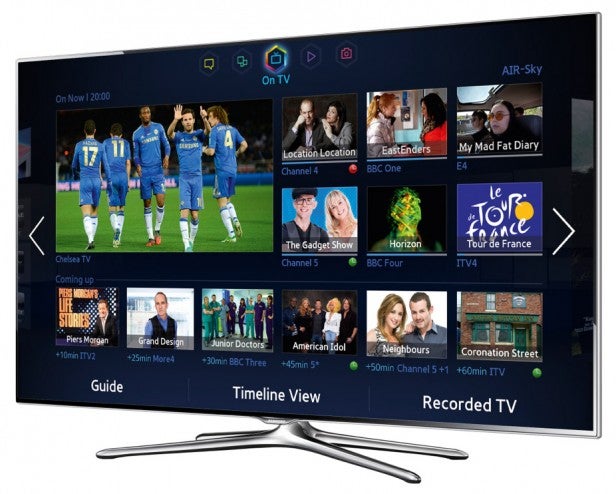 What’s more, since there’s no local dimming in play, dark scenes enjoy black levels of excellent uniformity, with no sign of the sort of light ‘blocks’ around bright content witnessed with most edge LED TVs with local dimming.

There’s no general backlight clouding or inconsistency to worry about either, with even the extreme corners of the image managing to avoid looking brighter than the rest of the screen. Indeed, the level of black level uniformity the UE46F6500 delivers is among the very best we’ve seen from an edge LED TV. 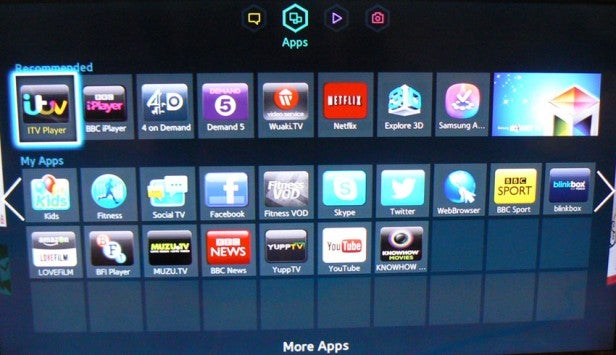 Great black levels usually prove to be a brilliant starting point for a strong colour performance, and this trend holds good with the UE46F6500. For while the UE46F6500 can do aggressive, ultra-vibrant saturations if they’re your bag, it’s also capable of delivering an extremely nuanced, subtle, and natural palette if that’s your preference. And crucially the colour tone accuracy even holds good during dark scenes, thanks to the set’s ability to avoid low-contrast grey mist when showing such material.

Sharpness levels, meanwhile, again go beyond the call of duty. Indeed, the set’s desire to bring forth every pixel of an HD source is a bit too enthusiastic using the out-of-the-box sharpness setting, resulting in pictures tipping slightly into noise territory. Nudging the sharpness down a touch soon rectifies this issue though, without starting to make the picture look soft.

The UE46F6500’s sharpness remains quite strong when there’s motion in the frame too. There’s a touch of judder around if you don’t use the Motion Plus system, but not enough to regularly distract you or make the picture look unclear. So while superior motion handling can be found on Samsung’s F7000 and F8000 models, many serious movie fans will still feel more than content to watch the UE46F6500 with the motion processing off.

Looking hard for reasons to criticise the UE46F6500’s 2D pictures, there’s a trace of bluish haloing noise around narrow lines and small details – though the impact of this reduces with the backlight and sharpness levels reduced. We also missed the CinemaBlack feature you get on Samsung’s F7000 and F8000, as we sometimes became aware of shifting overall brightness levels in the black bars above and below 2.35/2.4:1-ratio films when using the otherwise strong dynamic backlight system.

Finally, while the balance of light usage the set achieves when showing scenes with a stark mix of bright and dark content is exceptional for an edge LED model without local dimming, sets that do have local dimming can get pictures looking punchier still. Yet often only with the attendant light blocking problem mentioned earlier.

Used as the main TV for the review period
Tested for more than a week
Tested using industry calibrated tools, discs and with real world use
Tested with broadcast content (HD/SD), video streams and demo discs
Previous
Samsung UE46F6500 Review Next
3D, Sound and Conclusions Review