The UE46F6500 is a 46-inch LCD TV from roughly the middle of Samsung’s huge 2013 range. As such it comes with active 3D playback, expansive Smart TV functionality, a slim-frame design, and an edge LED picture engine driven by a mid-level 400 ‘Clear Motion Rate’ (400Hz-like) motion handling system.

From the front the UE46F6500 looks almost as glamorous as Samsung’s flagship models, with its incredibly slim (barely 1cm) glossy black bezel, metallic edging and gleaming silver cross-style stand. Get a bit closer and you notice that its rear sticks out a bit further than those of Samsung’s higher-end models, and you’ll also see that the set’s build quality is more plasticky. But it’s still an attractive set overall, especially when you take its reasonably aggressive £730 price tag into account. 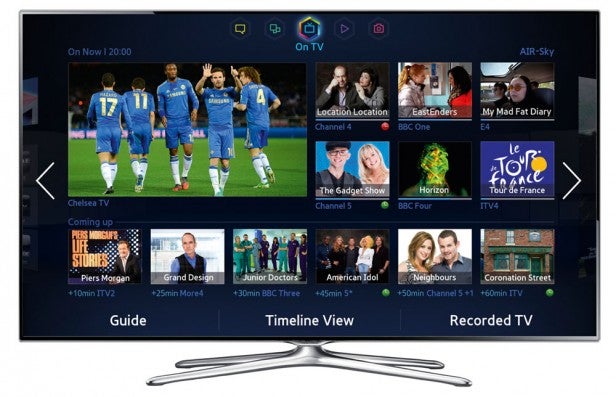 The UE46F6500’s connectivity is good enough, thanks to highlights of four v1.4 HDMIs, three USBs, and both LAN and built-in Wi-Fi network options.

The USBs and network options both support (via DLNA PCs in the network connections’ case) playback of an extensive collection of photo, video and music multimedia file formats, and the network options additionally let you access Samsung’s 2013 Smart TV platform.

In many ways this is the most well-rounded, well-populated and genuinely useful Smart TV platform in the TV world, boasting such highlights as a peerlessly extensive collection of video streaming platforms (including – currently uniquely – all four of the UK’s most important catch up TV services), a recommendations system that learns your viewing habits and recommends upcoming content it thinks you’ll like, and both gesture and voice control systems to back up the two remotes (one with a touchpad) you get with the TV.

There are issues with getting to grips with some aspects of the UE46F6500’s almost over-slick Smart interface, and Samsung could do with creating a more focussed smart device app strategy for its TVs. But Samsung’s Smart TV pros comfortably outweigh the negatives overall. For a full investigation of the UE46F6500’s Smart TV features, check out our Samsung Smart TV review.

The UE46F6500 delivers both integrated terrestrial and satellite HD tuners, and its pictures are created from one of Samsung’s VA-type active 3D-capable LCD panels. It uses edge LED lighting with no local dimming – though the lack of local dimming isn’t necessarily a problem, since numerous other Samsung TVs this year have delivered excellent contrast performances without local dimming, while some rival brands that do use local dimming have applied it uncomfortably clumsily. 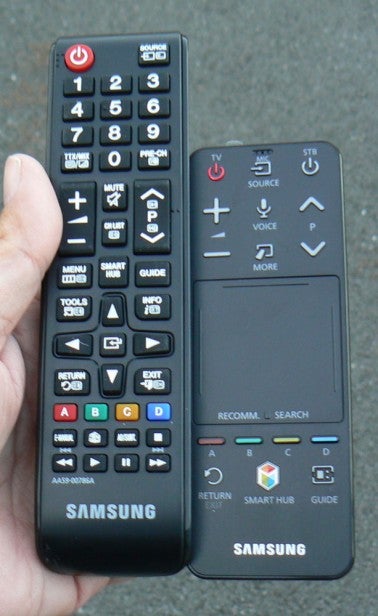 Finally, the set achieves a 400Hz-like effect via a combination of a 100Hz panel, a scanning backlight and frame interpolation; the smart features are driven by a dual-core processing system (not the quad core system found on Samsung’s F7000 and F8000 models); and the set’s active 3D capabilities are backed up by the provision of two pairs of active shutter glasses.

The initial installation process for the UE46F6500 is more complicated and long-winded than most, chiefly because of the need for you to set up a dedicated Samsung account. This makes sense to some extent, as it enables you to ‘aggregate’ other apps around one personal account. But we suspect most people will find it an unnecessary complication, at least until Samsung’s future smart systems start to make more use of the account.

Also adding to your initial set up headaches are the amount of time you need to spend with tutorials if you want to be able to get anything like the best use out of Samsung’s gesture and voice control options. 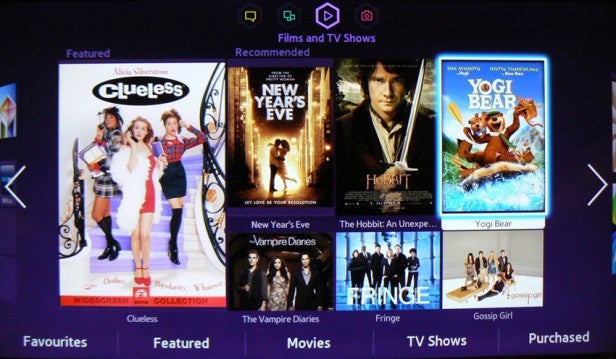 You also need to spend time when you first fire up the UE46F6500 tweaking its picture settings. For its out of the box settings tend to be too aggressive where contrast, backlight or both settings are concerned. This helps pictures look pretty explosive as a first impression, but it doesn’t deliver the best all-round picture quality the panel at the UE46F6500 is capable of – especially if you’re trying to get the best picture for watching films in a darkened room.

Quick tips for optimising picture quality are to reduce the backlight setting to its 7 or 8 level, and set the contrast to between 80 and 85. This will deliver the richest, most even black colour from the panel without crushing out too much shadow detail.

Also recommended for HD viewing is the deactivation off all the noise reduction systems, and we’d suggest a cautious approach to Samsung’s Motion Plus motion processing, either not using it at all or else using it either just on its relatively low-powered clear setting, or on its Custom setting with judder and blur reduction both set to around their three level.