The UE46F6500 continues to impress with 3D. The set’s potent combination of high brightness and strong contrast proves very helpful in portraying a strong and believable sense of space in 3D images, while the active 3D format does a great job of delivering on all the pixel density and detail it was designed to recapture from 3D Blu-rays.

While we find Samsung’s 3D glasses a little flimsy and small-lensed, they do deserve praise for removing less brightness from 3D images than those you get with the majority of rival active 3D brands. And while the image isn’t completely free of 3D crosstalk ghosting noise, the problem is sufficiently rare and subdued in its appearance not to prove a major distraction. 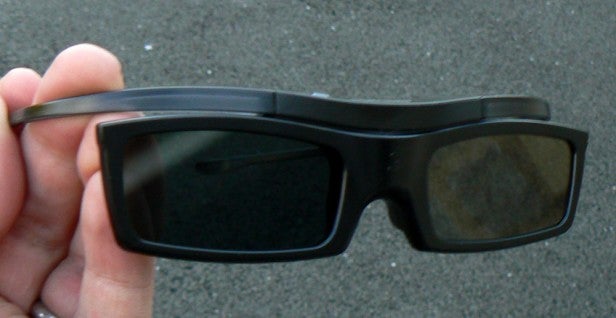 The biggest 3D issue is that motion looks a bit billowy without Motion Plus in play, but a touch processed if you DO use the motion processing system. But this is far from a deal breaker given the 3D strengths on show.

The UE46F6500’s audio is much more run of the mill than its pictures. The speakers haven’t got the power to go especially loud, and while the set manages to avoid distortion its mid-range readily starts to sound a bit compressed and flat when pushed hard by a bass heavy, thumping action scene soundtrack.

We should add, though, that the UE46F6500 is quite effective at ensuring vocal tracks always sound clear, even when the rest of the soundstage is struggling.

If you’re a keen gamer, you’ll be pleased to hear that the UE46F6500 recorded a highly respectable input lag measurement of just 33ms – so long as you’re using the Game mode (inexplicably hidden away in the General submenu of the TV’s System menu) and you’ve got the noise reduction systems deactivated.

One other point worth underlining is that while it looks seductive with its multi-hub approach and high-quality graphics, Samsung’s latest Smart TV platform really does represent quite a stiff learning curve. Partly because there’s just so much going on with it, but also because the interface doesn’t do enough to signpost/tutor you through its processes. 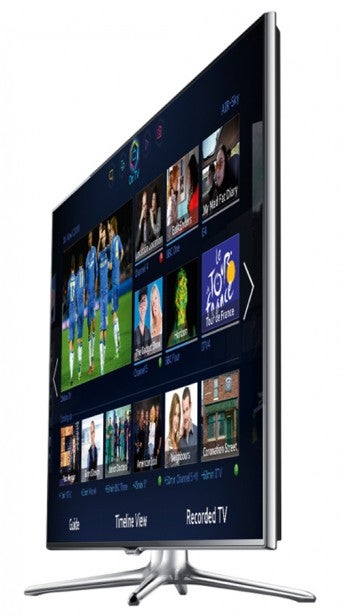 Stick with it, though, for it really is a very rewarding system once you’ve got over the initial comprehension ‘wall’.

For what feels like the umpteenth time this year where a Samsung TV is concerned, the simple answer is that if its screen size and price fit your bill, then yes, you probably should buy the UE46F6500. Its picture quality is, with a bit of set up work, absolutely outstanding by the standards of its mid-range market position, and its feature count is unparalleled once you’ve learned how to get the most from its smart TV interface.

Alternatives you could think about would be the Panasonic P50ST60 (if you can live with 4 inches more screen and an extra £130 or so on your price tag), or as another cheaper but still talented plasma alternative there’s the 51-inch Samsung PS51F5500, which we’ve seen selling for around £700 recently.

We’d genuinely love to find a Samsung TV we didn’t like this year, just for a change of pace! But the bottom line is that excellent UE46F6500 doesn’t even come close to letting the Korean brand’s relentlessly high standards slip.