It’s a 13.3-inch touchcreen ultrabook that, at 1.69kg, is light enough to carry around comfortably and handles day-to-day tasks with ease. It’s also known as the Samsung Series 5 Ultra Touch and Samsung NP540U3C-A02UK. It has an Intel Core i3 processor, 6GB of RAM and a 500GB hard drive.

The Samsung Series 5 NP5540U3C is a nice laptop, but not an exceptional one. It looks and feels the part, and the keyboard is outstanding. Its weakness is the screen. Viewing angles are poor and it’s very reflective. It’s difficult to make the case for a touchscreen laptop, too. It feels superfluous – we’d happily buy the same laptop without a touchscreen for £50 to £100 less. If a touchscreen laptop is exactly what you want, however, it’s among the best around.

For other options, see our best laptops round-up. 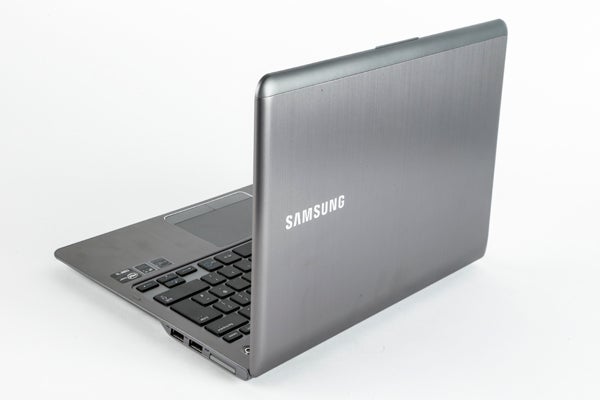 You won’t be ashamed to be seen with the Series 5 Ultra Touch. Its dark grey, brushed metal exterior looks more expensive than the £650 asking price, while the slim tapered body has curves in all the right places. Build quality isn’t quite as good – the screen wobbles a tad too much when prodded – but for the money it’s a nicely put together laptop. At 1.69kg it’s not the lightest laptop in its class, but it’s light enough to carry around day-to-day without putting your back out.

The Samsung Series 5 NP540U3C doesn’t pull up any trees, but unless you throw taxing video encoding jobs at it, it copes just fine. It has a 1.8GHz Intel Core i3 processor – the low-voltage kind reserved for slim, portable laptops such as this – and a very generous 6GB of RAM, which is more enough to keep plenty of apps and browser tabs running at the same time.

There is no dedicated graphics card, just Intel’s competent but limited integrated kind. But Samsung combines a 500GB standard hard drive with a 24GB SSD – dubbed ExpressCache – to improve boot speeds without sacrificing actual storage space. It works a treat. The Samsung Series 5 NP540U3C starts from cold in between 10 and 15 seconds and from sleep in four or less. 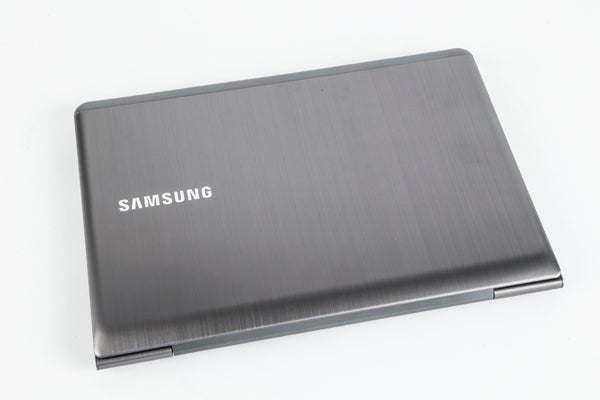 In our PC Mark benchmark it scored a solid, but unspectacular, 3,262. That makes it 25 per cent slower than the recently tested Toshiba Satellite U940 – another 13.3-inch Ultrabook, albeit a cheaper one without a touchscreen. The difference, in this case, is the Toshiba has a faster Core i5 processor. In real world use it’s not a serious issue, but better performance for less is tempting.

Intel’s integrated HD 4000 graphics chip doesn’t totally preclude 3D gaming, but it will limit you severely. In our low intensity test (the fun and free TrackMania Nations racing game) the Samsung Series 5 NP540U3C managed 45.9 frames per second (fps) at medium settings. We recommend a minimum of 30fps, so it does fine here and it’s fast enough for higher settings, too. Our more taxing Stalker: Call of Pripyat benchmark, also run at medium settings, averaged 24.3fps. That sounds playable, but bear in mind it’s an average that includes dips into the low teens, which we’d deem unplayable.

Used as our main laptop for the review period
Tested for at least a week
Used consistent benchmarks for fair comparisons with other laptops
Reviewed using respected industry benchmarks and real world use
Next
Screen Quality, Battery Life, Keyboard and Touchpad Review