Many of the Gear 2’s issues could be forgiven if it was well supported, but that’s simply not the case. Despite the Samsung having promised more than 100 compatible apps for launch, at the time of writing there are just 22 Samsung Gear 2 apps available for download. Making things worse, of this already limited supply, exactly half are simply alternate watch faces.

Of the remaining 11 applications, there is nothing that grabs the attention. A lack of high-profile third-party fitness apps or services to fully utilise the watch’s remote abilities is a killer. The limitations of this £250 smartwatch are quite clear and, with a lack of support, show little sign of improvement. 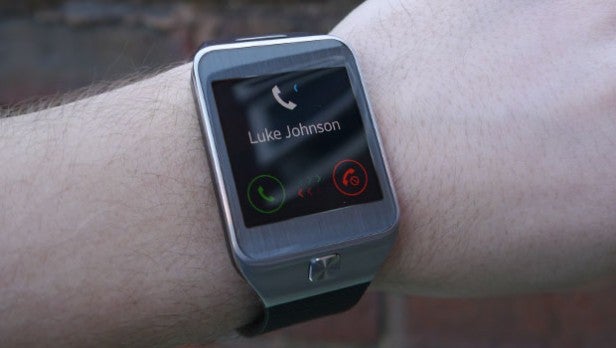 Battery life is one area where the Gear 2 tramples over its predecessor. Although battery size has been marginally reduced – down to 300mAh from 315mAh – the Gear 2’s lasts much longer in actual use.

It strolled through three days moderate usage, which is two full days longer than the Galaxy Gear, but’s still short of what we would like to see on a wearable.  It means you’ll need to charge it at least twice a week, whereas we’d really like a watch to last at least a week.

At least the Gear 2 doesn’t take long to charge, though. The Gear 2 can be from single digit battery life to 100 per cent in around two hours. But the Gear 2 still requires a dedicated dock to charge. Although significantly smaller than the full cradle of its predecessor, this proprietary charger is a nuisance if power is running low at the office or on a weekend away. A standard micro USB part would have been a far more convenient choice.

On a connectivity front, the Samsung Gear 2 raises a number of issues. As well as being limited to just 17 Samsung devices, it can also be connected to just one device at a time, with a full factory reset required to move the peripheral between connections.

While this might not sound like a big deal to some, for those with both a compatible Samsung smartphone and tablet, the inability to get fitness data or app management on both devices is sure to cause irritation. 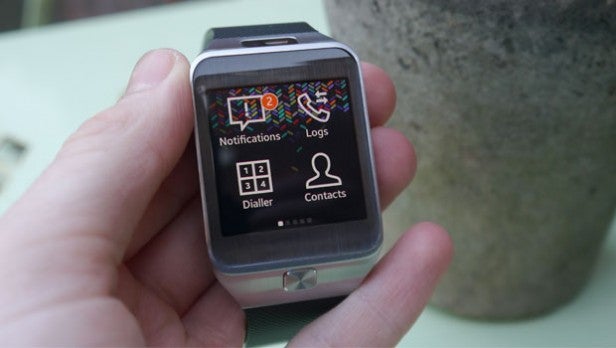 Should I buy the Samsung Gear 2?

Is the Samsung Gear 2 an improvement on the original Galaxy Gear – yes, undoubtedly. But should you buy it? No.

Samsung’s continued efforts in the smartwatch space show progress, but not enough. It ultimately fails to make the smartwatch a concept we can see ourselves adopting into our daily lives, especially considering the prohibitively expensive £250 asking price. No task or feature is easier or more convenient than simply picking up the paired smartphone. This is its fundamental downfall.

If you absolutely must have a Samsumg smartwatch, the £80 cheaper Gear 2 Neo (review coming soon) makes far more sense. It lacks a camera, but you won’t miss it, and is otherwise nearly identical.

Samsung has made numerous improvements, but the Gear 2 remains an unconvincing smartwatch, doubly so considering Android Wear watches are due later this year.