The S4 Mini runs on Android 4.2.2 Jelly Bean with Samsung TouchWiz UI. Again, if you’ve read our Samsung Galaxy S4 Zoom review, it’s more of the same from the Mini. The current combination of the user interfaces looks and feels much cleaner and user-friendly than previous unions of the two. The presence of the stock Android UI outweighs Samsung’s TouchWiz UI and that’s a good thing.

It’s here where a few more features fail to make the cut. The notification LED has been left out, leaving you unable to see if the phone is charging or if an email comes through. Air View and Multi-Window support, perhaps unsurprisingly, is also dropped. S-Health, disappointingly, misses out as well, as do the less essential temperature sensors. 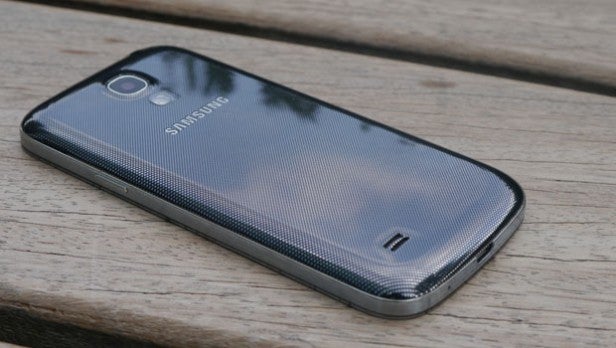 Samsung apps and software are all largely intact, however. You can access Group Play, S Travel, S Translator, Story Album, ChatOn, Samsung Video and the improving, but not yet perfect Siri rival S-Voice.

The S4 Mini is available in 8GB and 16GB storage versions. In the 8GB model, Samsung software accommodates 3GB leaving you with just 5GB to play with. Thankfully there is a microSD card slot in the back and free Dropbox cloud storage to make up for it.

The S4 Mini processor is a 1.7GHz dual-core CPU with 1.5GB of RAM. It’s slightly faster than the CPU inside the S4 Zoom, which is good news considering it was perfectly smooth in general operation.

Swiping through homescreens and opening up applications is near-seamless. Only people who use a quad-core phone like the S4 everyday would possibly notice any lag – everyone else will have no problems.

Apps start quickly and running more than one application is generally no problem for the Mini. Web browsing is on par with the S4 Zoom and 4G LTE compatibility means things can be quicker if you wish to pay the extra for a 4G contract. 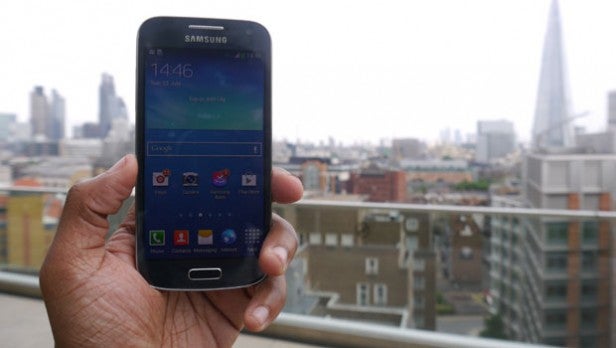 Gaming is where you begin to see the difference between quad-core and dual-core. Running Real Racing 3, gameplay is fluid and smooth until there is a bundle of cars on the screen. Then you begin to see some lag. On the whole, though, the S4 Mini runs more taxing Android games well, even if they push the Adreno GPU to its limits.

Running the benchmark tests from the Unreal Engine powered Epic Citadel demo back this up. The S4 Mini managed a score of 54.7. That’s basically the same as the Zoom S4 and supports the S4 Mini’s gaming credentials.

In the audio department, there is nothing spectacular to report. The S4 Mini speaker is positioned low down on the back of the removable battery cover. Sound is clear but simply can’t compare to HTC’s BoomSound speakers. If you want to watch a movie or listen to music, you’ll get a better experience plugging in some headphones.

The S4 Mini has an 8-megapixel rear-facing camera with autofocus and a Power LED Flash to help shoot in low light conditions. Despite dropping down from the 13-megapixel sensor on the S4, the Mini is still a more than capable cameraphone, albeit not quite as polished.

It works on the same principles as the S4 and the S4 Zoom. There’s an automatic mode where settings are adjusted for you. Expert mode, alternatively, let’s you tinker with exposure, white balance and lighting levels to get a more manual camera experience.

There’s 10 smart modes to pick from. It’s not quite the 25 on the S4 Zoom and notable absentees include the impressive Smart Mode Suggest and Animated Photo mode. 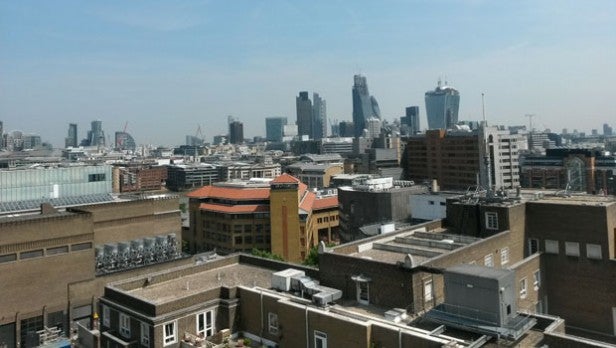 Some of the ‘Smart Modes’ are better than others. The HDR and Best Shot modes do a great job of enhancing clarity. The Sound&Shot is not great and the audio recording quality isn’t extremely clear. There is a zoom, but this is no Galaxy S4 Zoom. It performs about as well as most smart phones that get up close and that’s not very well.

The S4 Mini shoots Full HD 1080p video at 30fps, but the Dual Shot mode from the S4 is missing. Nonetheless, the S4 Mini is still a respectable video shooter and delivers footage that offer similar results to stills shooting shooting.