For a handset targeting the tech savvy youth market, the Samsung Galaxy S3 Mini checks all the required multimedia boxes without every stretching the expectations of a £270 handset on the multimedia front.

Playing host to the now standard MP3 and video players, the S3 Mini has capable of handling a broad range of file types, with the likes of MP3, MPEG-4, WMA and MP4 files all tackled with equal aplomb and pleasingly simply to transfer across to the 4-inch device.

Whilst the handset plays host to just 8GB of integrated storage (a 16GB version is available), the Samsung Galaxy S3 Mini, like many Android smartphones, benefits from microSD expansion, allowing users to bolster the device’s storage abilities to a more reasonable 32GB.

As with many smartphones, no matter where they sit in the market, the integrated speaker found within the Samsung Galaxy S3 Mini leaves much to the imagination, but is far from the worst smartphone speaker doing the rounds. Although the handset loses some clarity at higher volumes, and there is a slight lack of depth to some tracks, with the device unable to handle the intricate nuances of a song, for casual music playback or for providing audio to YouTube clips the S3 Mini is perfectly acceptable. Diving a little deeper and the handset’s bass levels are somewhat disappointing, with many music styles tackled in the same run of the mill manner.

In terms of speaker location Samsung has done well. Despite the S3 Mini speaker residing on the device’s rear, it manages to avoid accidental covering when held in conventional left or right handed manners. What’s more, thanks to the slightly curved back nature of the Samsung Galaxy S3 design, the handset’s speaker does not become excessively muffled when placing the device down on a soft or hard surface.

Whilst the handset fails to excel in a number of areas, one aspect where the handset manages to stand out from the mass mid-market Android crowd is an unexpected one, the devices boxed in-ear headphones.

Far from a pair audiophile appeasing music providers, the in-ear buds boxed with the Samsung Galaxy S3 Mini are, however, much more impressive than the ‘free’ headphones which come packaged with many of its rivals. Comfortable and secure within the ear thanks to a selection of variably sized soft silicone tips, the Samsung Galaxy S3 Mini headphones offer well-rounded sound with a broad sound stage benefitting from stronger bass offerings. 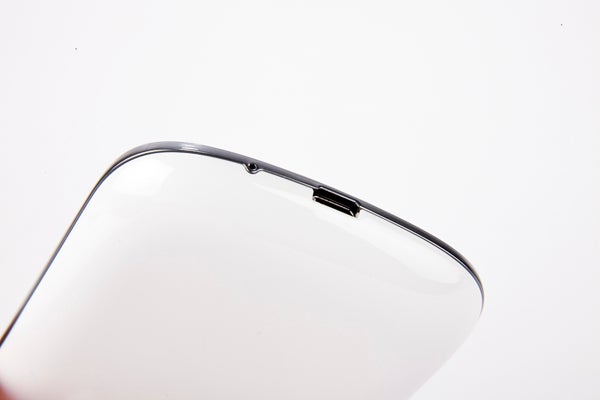 Getting us far beyond that dreaded one day hump, based on moderate to high usage, the Samsung Galaxy S3 battery life saw the 4-inch device power well into a second day without need for a charge. What’s more, on light usage of just calls, messages and the occasional email check and internet browse, the Samsung Galaxy S3 Mini battery life saw the handset maintain staying power for close to three full days.

Playing host to a raft of connectivity options, the Samsung Galaxy S3 Mini is now available in the basic 3G as well as a new LTE 4G compatible model, perfect for the upcoming onslaught of UK 4G networks.

Aside from their 3G/4G differences, the two Samsung Galaxy S3 Mini options both support the same collection of connectivity options with the expected Wi-Fi features not only present, but simple to set up thanks to the handset’s Android OS innards and providing strong connections during testing. 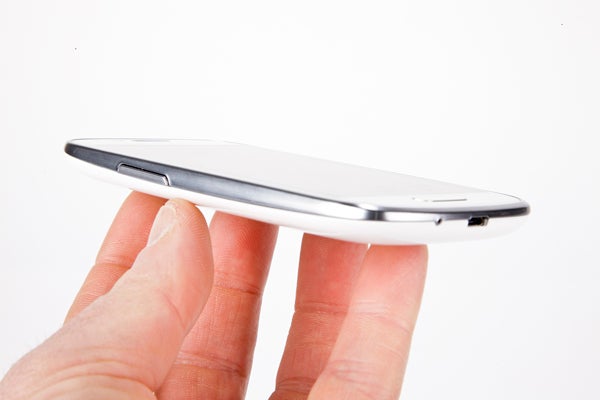 Overall, the Samsung Galaxy S3 Mini feels like a lazy effort from the South Korean manufacturer. Sure to cash in on the lucrative brand the company has created with the Samsung Galaxy S3, the Mini appears half hearted in its specs and performance, failing to ever truly hold its own without the backing of its big brother.

At £270 on a PAYG basis, the Samsung Galaxy S3 Mini is cheap enough to attract the masses, but for that price, we would certainly recommend looking beyond the alluring branding on the box and target one of the boundary-pushing, specs-impressive offers around the same print point.