Bringing much of the same from both Samsung and Android, the Samsung Galaxy S3 Mini interface is largely uninspiring with the handset offering little difference from a number of its Galaxy branded siblings, be they targeting the entry-level, mid or high-end markets.

With Google’s Android 4.1 Jelly Bean OS running the show alongside Samsung’s TouchWiz UI, the Samsung Galaxy S3 Mini interface is pleasant and easy to use and a system that, thanks to its basic touch-based controls and clearly labelled features will attune itself as much to smartphone newcomers as seasoned handset owners.

Pulling on the strength of the handset’s 1GHz dual-core Cortex A9 processor and the incorporated 1GB of RAM, the Samsung Galaxy S3 Mini runs smoothly and with few glitches or stutters when working through the handset’s seven app and widget enhanced home screens, menu options and basic services. With a raft of widgets available, the up-front user experience is bolstered by instant access to the likes of email, music, video and news content all without having to delve deep with the device’s OS. 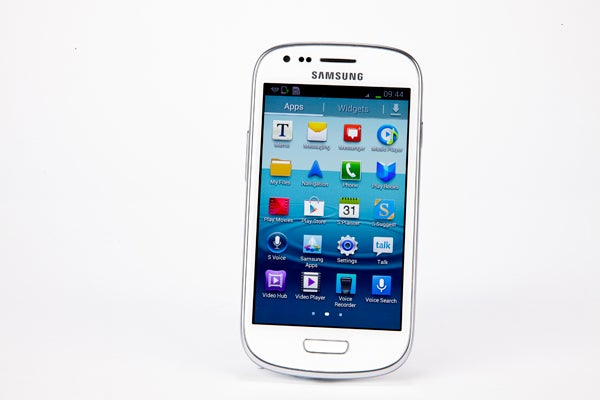 Although the device slows noticeable when opening high-demanding applications, with a defined pause before springing to life even with the likes of Rovio’s Bad Piggies, running more premium tasks the S3 Mini can show its reduced specs.

With the handset’s communication and contacts offerings once again proving to be standard Android, with contacts able to be imported from the likes of Gmail accounts and Facebook profiles, the Samsung Galaxy S3 Mini calling capabilities are run of the mill but appealingly straightforward and simply to use.

With no dropped calls recorded during our time with the device, the S3 Mini tended to hold strong signal is areas of expected coverage, with communications clear with only minimal background noise and disruption. What’s more, in terms of text-based messaging, the handset is bolstered by Samsung’s much loved Swype input options, allowing users to drag their fingers between letters to spell out words in double quick fashion. 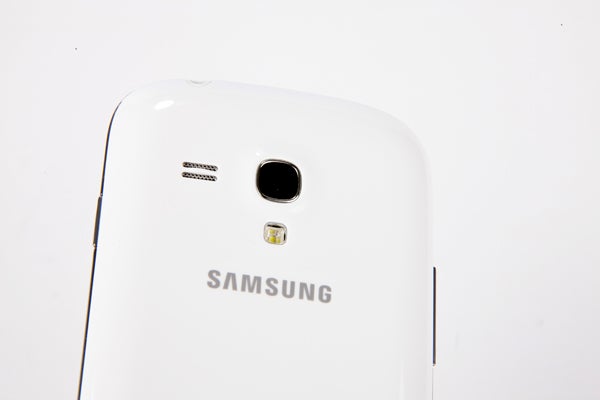 Continuing the theme of acceptable but far from ground breaking internals, the Samsung Galaxy S3 Mini camera is another at times troubling addition to the handset’s specs sheet, with a 5-megapixel rear-mounted camera paired with a second, disappointingly dated VGA offering up front.

Although far from impressive by high-end standards, for a mid-range handset the Samsung Galaxy S3 Mini camera collection is, on paper, acceptable if a little run of the mill. In practise, the handset’s snappers fair little better, with the 5-megapixel rear-mounted camera producing at times grainy images with poor colour management and weak contrast ratios.

Producing a selection of less than impressive results, the S3 Mini camera features a contrast ratio that is lacking in depth, meaning colours can become quite blocky with images missing out on the finer details of the real-world situations being captured, an issue that is further compounded when shooting in less than ideal lighting conditions. When photographing in transitional phases of light, between strong natural light and situations where it is appropriate to use the handset’s integrated LED flash, results are frequently below expectation with the camera’s poor colour management often resulting in dull, bleak shots. 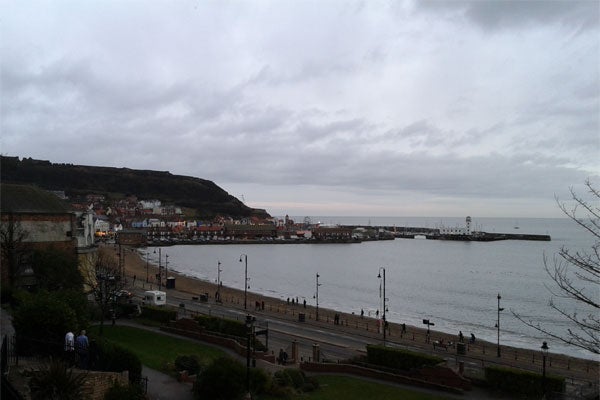 Pleasingly, when it is appropriate to utilise the handset’s inbuilt flash, the results are surprisingly strong and an improvement on much of the smartphone competition. Although on occasion the handset whited out images of people with an overzealous flash, for the large part we found the Samsung Galaxy S3 Mini was quite adept at correctly monitoring the severity of the flash, helping create a selection of satisfactory shots in otherwise impossible lighting situations.

Whilst the flash is an improvement on some competitors, like any smartphone snapper, the zoom capabilities on the Samsung Galaxy S3 Mini camera are best avoided, with even slight use of the digital zoom transforming acceptable images into pixelated jumbles of indistinguishable shapes and colours. 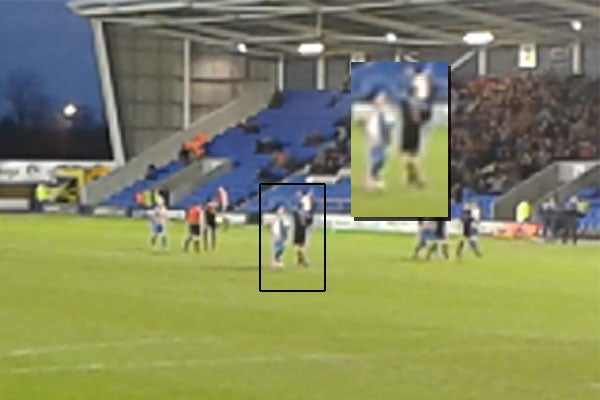 More than a basic point-and-shoot snapper, the Samsung Galaxy S3 Mini camera comes paired with a selection of features and effects that offer a little something extra to the user experience and allow the likes of panoramic and black and white shots to be captured at will.

Although the photo effects included, such as cartoon or vintage looks, can help create interesting snaps, in long term use, they offer little to the handset’s overall appeal beyond first use. More interesting, however, is the handset’s panorama mode, a feature now available on many devices. Sadly, however, the Samsung Galaxy S3 Mini panorama mode suffers from continued issues with stitching, frequently leaving noticeable joins in panoramic shots. 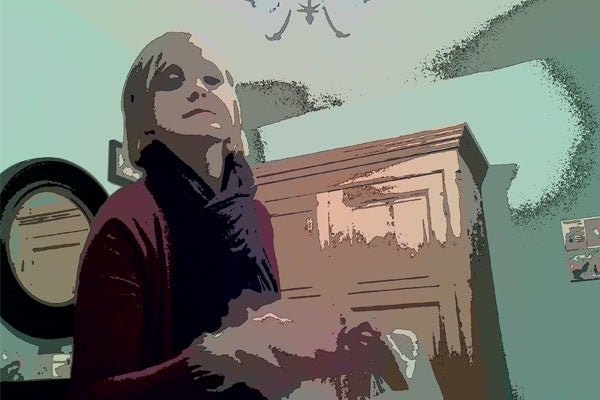 Moving on to the handset’s VGA forward-facing camera, and the less said the better. Although the presence of a front-mounted camera, in theory, allows for the option of video calling, in practise the integrated snapper is of such low quality that it detracts from desired use, pushing use back to more location locked video calls such as from our PCs or even our tablet devices.