What is the Samsung Galaxy NX?

The short version is it’s the world’s first Android-based interchangeable lens camera, hence the confusing ‘Galaxy’ branding borrowed from the likes of the Samsung Galaxy S4 and S4 Zoom. The longer version is its Samsung’s latest play to make cameras more connected, with Wi-Fi, NFC, 3G/4G and Android combining to make it easier than ever to share photos straight from your camera. Consider it a high-end version of the Samsung Galaxy Camera.

It’s a serious camera too, though, as its £1,299 hefty price tag attests. Do its photos pass muster and do all those features justify the price? 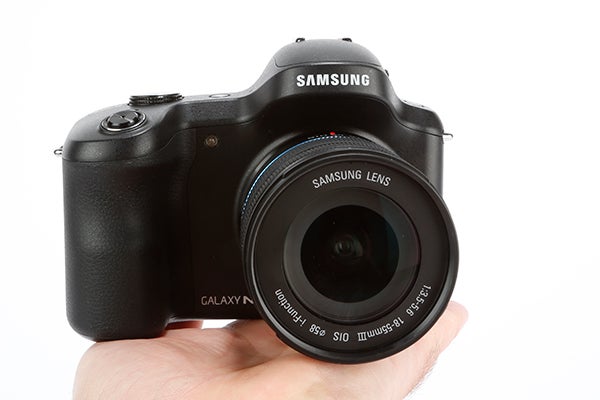 The Samsung Galaxy NX is quite unlike any other camera on the market.

One feature that signals this difference is the Galaxy NX’s LCD screen. Where most other compact system cameras (CSCs) have an LCD of around 3-inches, the Galaxy NX measures in at 4.8-inches. It’s a capacitive touchscreen, too, with an impressive 1,280 x 720 resolution just like that of a smartphone.

The good news for photography traditionalists is that the ample LCD screen is accompanied by a built-in EVF that boasts a 1.44-million dot resolution and features an eye-sensor that detects when it’s required.

The Galaxy NX does share some features in common with its Samsung CSC stablemates. It retains the Samsung NX lens mount and as such is compatible with any of the 13 lenses currently available in that fit. It’s also compatible with Samsung’s i-Function technology; a welcome feature that utilises an ‘iFn’ button on the camera’s lens to offer one-touch access, in combination with the customisable lens ring, to over 32 different camera settings. 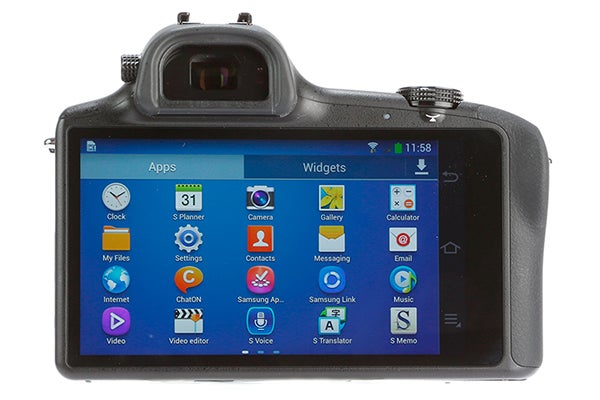 But the real selling point of the Samsung Galaxy NX is no doubt its connectivity. Although most new Samsung CSCs feature dual-band Wi-Fi, the Galaxy NX goes one step further with the inclusion 3G/4G as well.

This comes via a micro SIM card in much the same way that you would with a smartphone – simply purchase a data-only SIM card on either a contract or pay-as-you-go deal and you’ll be able to surf the internet or upload content on the go without needing to connect to a Wi-Fi hotspot. Furthermore, the Galaxy NX ships with two years’ worth of 50GB of Dropbox storage for seamless uploading of images when shooting out in the field.

Thanks to the Android OS, access to the Google Play store allows for the download of over 1 million apps including many popular photography apps such as Instagram or Photoshop Touch. This adds some intriguing options for viewing, editing and sharing your photos straight from the camera. 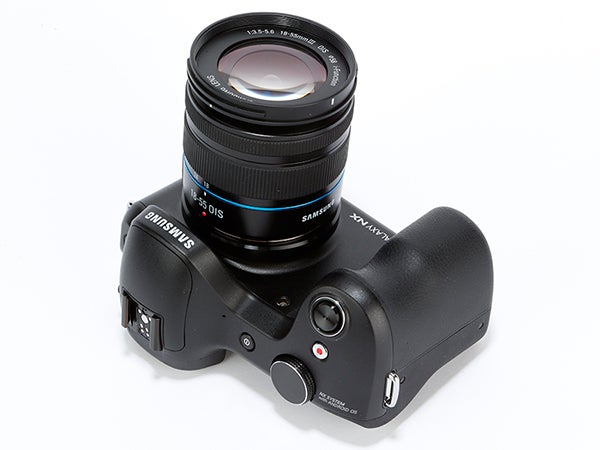 With all these unusual features, it’s easy to forget the camera’s core imaging specs, which on paper are very strong.  Samsung Galaxy NX uses the same sensor as on previous Samsung CSCs, including the NX1000, NX20 and the most recent NX300.

The sensor is a 20.3MP CMOS APS-C unit with an ISO range of 100-25,600. Owing to its APS-C nature it’s substantially larger the sensors found on some competing DSLRs from Nikon, Panasonic and Olympus, and as a result it should handle noise better across that ISO range.

Other key imaging features include a headline continuous shooting speed of 8.6fps, maximum shutter speed of 1/6000 sec and a hybrid AF system, which combines phase and contrast detect systems to promise some impressive results.