Despite the uniqueness of the Galaxy NX as a digital camera, it does share certain design characteristics with Samsung’s other CSCs.

From a front-on view it appears similar to the Samsung NX20, albeit much larger in size. This is no doubt due to the weighty battery needed to power both the extra wireless features and the monster LCD screen found on the rear. The battery is housed in the hand grip that is itself fairly bulky, although it does allow for a nice firm grip on the camera while shooting.

When you combine the camera with the 18-55mm kit lens it feels particularly well balanced, while the general level of build quality and finish is of a premium standard that we’ve not seen before in the Samsung NX-series of CSCs. Just as well considering the price. 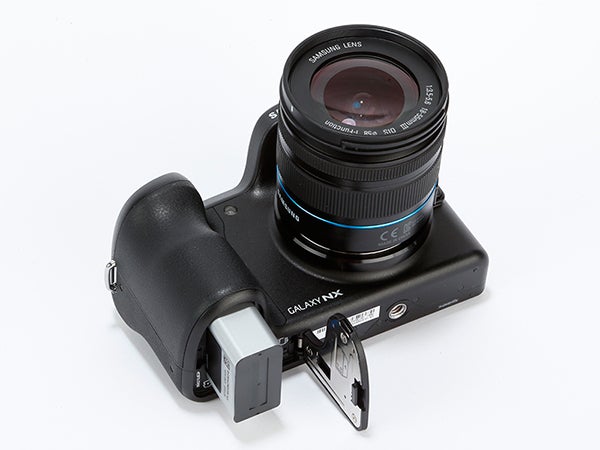 But one of the side effects of the Samsung Galaxy NX’s large screen, and the majority of the camera’s functionality being accessed from it, is that the Galaxy NX’s body is noticeably low on external buttons.

The body houses a power button, shutter release and single mode / control dial, which offers access to the bulk of the camera’s functionality, including shooting settings, exposure tools and even the camera’s volume when being used more akin to smartphone.

Thanks to the lenses iFn capabilities there is the option to alter shooting settings through the lens, and this is something of a blessing as without it the lack of buttons would be more of an issue.

That being said, the majority of the camera’s functionality can be access through the ample an impressive touchscreen, so the absence of buttons isn’t as keenly felt. 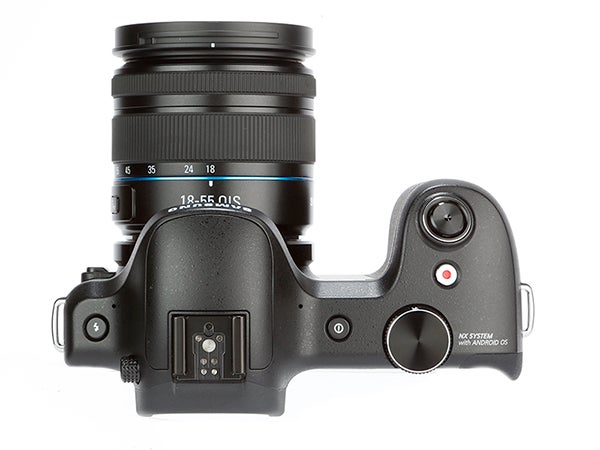 One of the major issues with the performance of Samsung’s previous Android-powered compact – the Galaxy Camera – was that its battery life left a little to be desired. A camera packing so much technology was always going to have questions asked of its battery, and that on the Galaxy Camera wasn’t really up to the job.

Samsung has addressed this issue by equipping the Galaxy NX with a much larger 4,360mAh rechargeable Li-ion that it states is capable of some 420 shots on a single charge. In use the Galaxy NX lived up to these claims, supporting a day’s shooting and surfing of the web using Wi-fi and 3G / 4G data connectivity, as well as uploading images, sending emails and so forth.

Although Wi-Fi enabled cameras aren’t new, the benefits of having such a model that runs on the Android operating system is noticeable. Sharing images through social media, editing images on the go and generally surfing the web is a breeze and a real welcome addition. 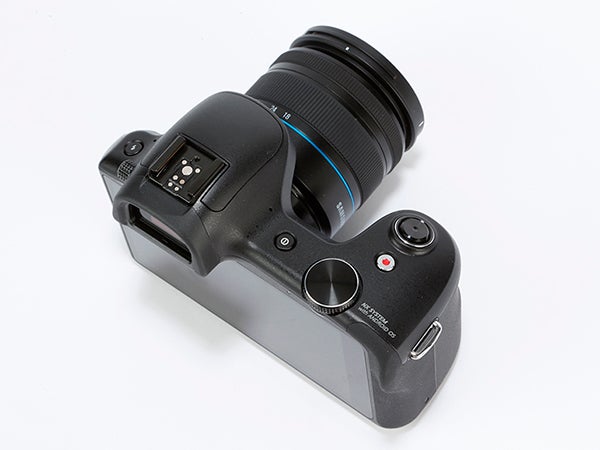 For the test we purchased a pay-as-you-go SIM that included 1GB data for just £10, thus enabling wireless operation away from any Wi-Fi hotspot, although the Galaxy NX works just as well over a wireless internet connection.

The 4.8-inch screen – no doubt inherited from Samsung’s smartphone range – is a fantastic addition to the Galaxy NX. The capacitive touchscreen technology is wonderfully responsive, while the clarity and sharpness of images is first class. The only real gripe is that its 16:9 aspect ratio is out of sync with the model’s 3:2 sensor aspect ratio, although when it comes to shooting video it’s perfectly suited.

The fact that the LCD screen is so good makes the EVF performance of secondary importance. In bright conditions, however, the EVF is welcome and it works well, with the responsive eye sensor very helpful. 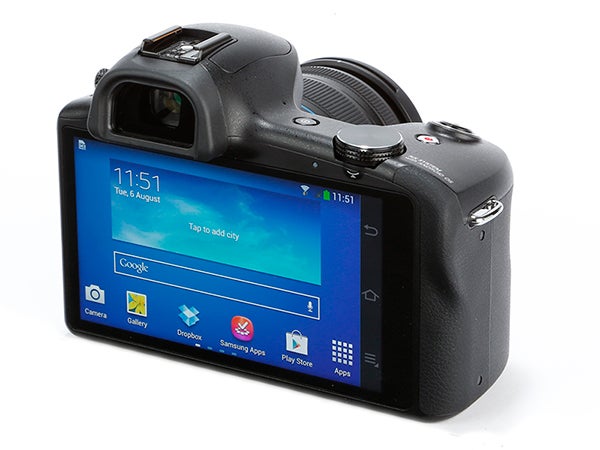 This is all very promising, but the core performance when actually taking photos is a mixed story.

The Galaxy NX features an array of focusing modes, including a touch-to-focus AF area select system. The AF system itself is prompt and very much in line with the rest of Samsung’s CSC line-up, including the NX300, managing to acquire focus quickly in a wide range of lighting conditions.

The Galaxy NX is fast in general operation, too, but it’s slow when it comes to writing and saving shots. It wasn’t uncommon after a number of shots at once to wait several minutes for the shots to be saved to a Class 10 16GB micro SD card.

There were also instances where the camera failed to save the Raw version of the image when it was set to save both Raw and JPEG files and although this is an issue that might be able to be fixed with a firmware update, it’s currently very problematic.