This tablet’s CPU ‘engine’ is also similar to the Galaxy Note 10.1’s. The Samsung Galaxy Note 8.0 has a quad-core Exynos 4412 processor clocked at 1.6GHz, slightly higher than the Note 10.1’s 1.4GHz. It’s also the same processor family used in the Galaxy S3.

The Note 8.0’s CPU is flanked by 2GB of RAM and the common Mali-400 GPU. These are all top-line specs… for a tablet released last year. However, it’s easily enough grunt to get high-end games like Real Racing 3 working perfectly. We didn’t notice any greater slow-down than with some of the top phones of the moment, which may be down to the relatively low resolution of the Note’s screen as fewer pixels to render means less power required. 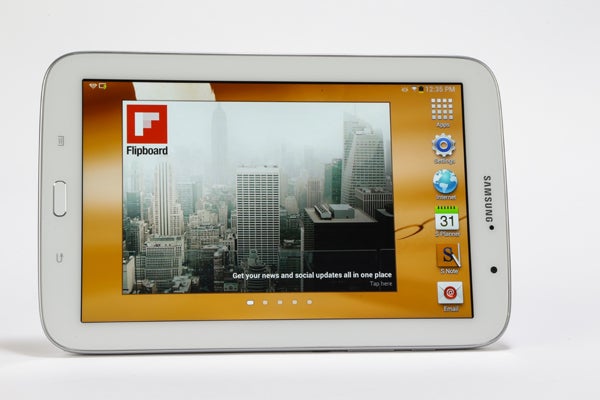 Browsing is also very snappy, as proved by the 1206ms SunSpider java benchmark test result. As you might expect from the specs, it’s a shade faster than the Samsung Galaxy S3. One may be a tablet and the other a phone, but on the inside the family resemblance is strong.

The Samsung Galaxy Note 8.0 has a 4,600mAh battery, which you have no access to thanks to the non-removable rear plate.

Stamina is solid for a tablet this thin and light. Left playing an SD-quality video at 50 per cent brightness with things like Wi-Fi and GPS turned off, the Note 8.0’s battery lasted for just over eight hours. 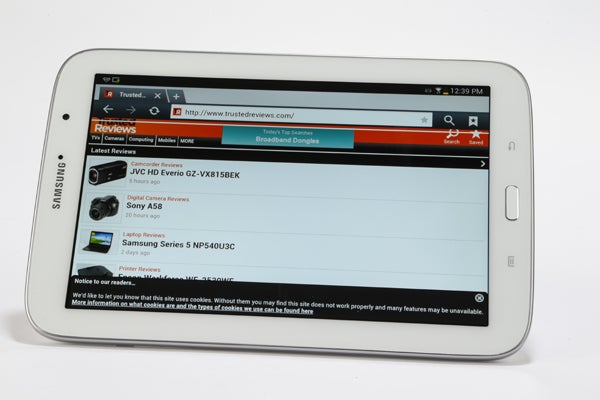 We also found that its battery held onto charge fairly well when left unplugged overnight. It would tend to lose a per cent or two, which you can further minimise by turning off notifications using Blocking mode, or switch off wireless connectivity manually yourself before bed time.

Not every device can have a stonking camera, but Samsung has traditionally provided fairly decent camera sensors and lenses even for its mid-range mobile devices. The Samsung Galaxy Note 8.0 has a reasonably good 5-megapixel sensor with autofocus.

What holds it back is the lack of a flash. In its place Samsung offers a Night scene mode, which uses longer exposure times to compensate for the low-light conditions. However, this also makes it nigh-on impossible to take sharp photos, as any movement of your arms will cause blurring. We can’t imagine anyone hooking up the Note 8.0 to a tripod to avoid this. 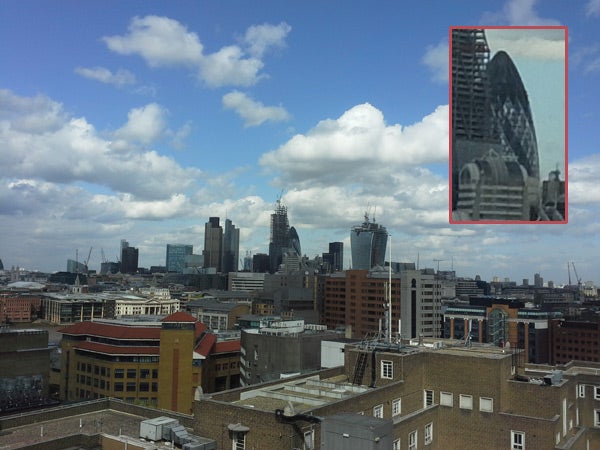 Detail is just what we’d expect for a half-decent 5-megapixel mobile sensor. 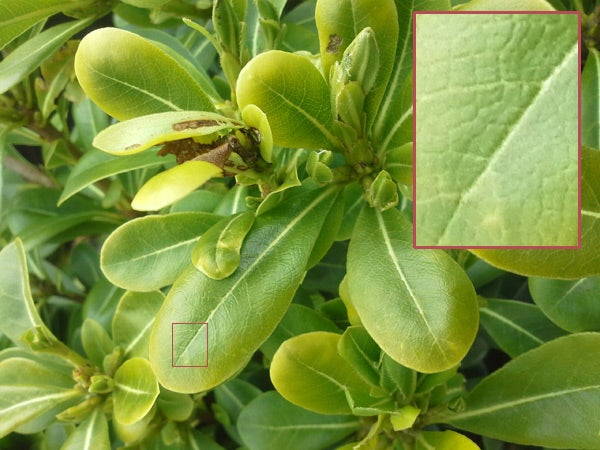 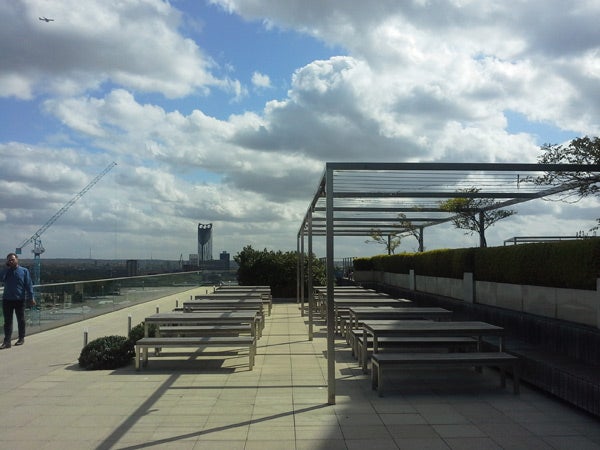 Even-ness of exposure is good. Check out how the brighter parts of the cloud are not over-exposed, and the shadowy parts of the scene are not cloaked in darkness, either. 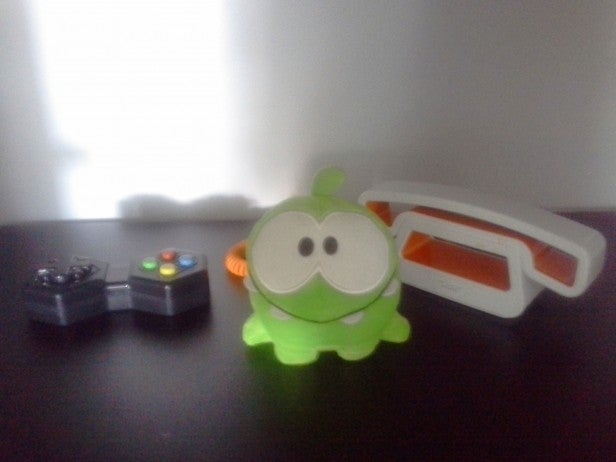 Night Mode – although this scene was far darker than the picture suggests, note the lack of sharpness caused by the longer exposure time

The roster of modes and effects is disappointingly limited, too. There’s no Panorama, no HDR and just three effects filters – where we’re often treated to a dozen or more in a phone. It amounts to an admission by Samsung that rear cameras in tablets aren’t that important.

The second camera is arguably more useful. It’s a vanilla 1.3-megapixel sensor that, like the rear one, is up to basic tasks but is not as well-equipped as the video chat cameras found on some of 2013’s top phones.

There’s an awful lot to like about the Samsung Galaxy Note 8.0, from the potential of its stylus and the relative freedom of Android to the practical slim and light body. However, given some of the compromises in screen, software and build, paying £350 for the Wi-Fi only version of the tablet isn’t a good deal.

Even with the stylus involved, the almost-£100 premium over the swankier iPad mini isn’t justified. It’s a good tablet, but one that is overpriced at present. Wait for a price drop if you can. 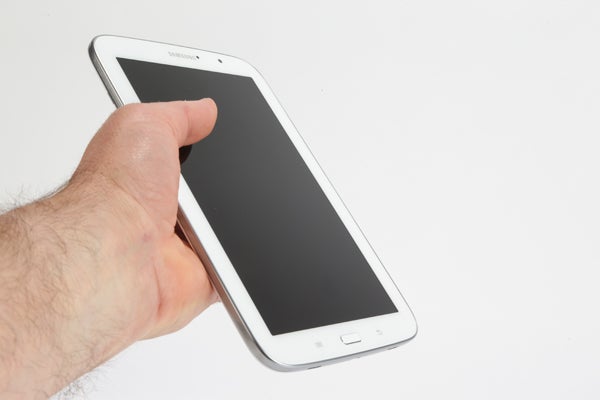 The Samsung Galaxy Note sits between the Note 10.1 and the trusty Note 2. It has a digitiser stylus, an 8-inch screen and a light 340g body. It’s too big for pockets, but is otherwise a practical on-the-go Android tablet. However, starting at £340 it feels a bit too expensive when its screen in particular feels slightly dated, and will only seem more so in the coming months.