I'm still shocked that you can pick up a £245 smartphone with a vibrant AMOLED screen and two-day battery life. For anyone who binges content on their phone, the Samsung Galaxy M31 is an absolute bargain, just don't expect it to wow you in other areas.

Samsung’s A-series of smartphones is a staple sight in most UK stores, and for good reason. It’s aimed at attracting the same sizable mid-range crowd that’s currently being eyed up by Xiaomi and OnePlus. And yet, the Galaxy M series is far less recognisable set, despite being a key part of Samsung’s global output.

Hugely popular in India, Galaxy M smartphones try to pack premium specs into an affordable format – at least, that’s what it is on paper. The series recently got a major revision for 2020, and one of those phones – the Samsung Galaxy M31 – has made the journey to the UK market.

The Galaxy A series has done a pretty decent job with the mid-range space, but can Samsung pull the same trick again just further down the price scale? It’s time to find out.

Design – party up front, bland in the back

At 159.2 x 75.1 x 8.9mm and 191g, the Galaxy M31 is a hefty phone by modern standards. Having been recently accustomed to the lightweight nature of the Pixel 3a XL, the M31 felt like a mammoth by comparison. But with that extra weight comes a feeling of heft, letting you know that this is still a solid product, even if it is at the affordable end of the spectrum.

Within that space, the phone packs a 6.4-inch screen, topped by a tear-drop notch and a minimal chin bezel at the bottom. At just £245, I’m amazed at just how uncompromising the front-facing elements of the phone are. There’s even a 3.5mm headphone jack (albeit at the bottom).

As soon as you flip the phone over however, things begin to feel a little different. For starters, the M31’s plastic backing is an absolute fingerprint magnet, and the smooth casing itself doesn’t grip with your hands all too well. Unless you’re absolutely sure in your infallible ability to never drop the phone, we’d recommend picking up a case to be on the safe side.

While there’s a slight camera bump here, the camera’s four-sensor array is barely noticeable, regardless of whether or not the phone’s in your pocket or lying down, with the screen facing upwards on a desk. 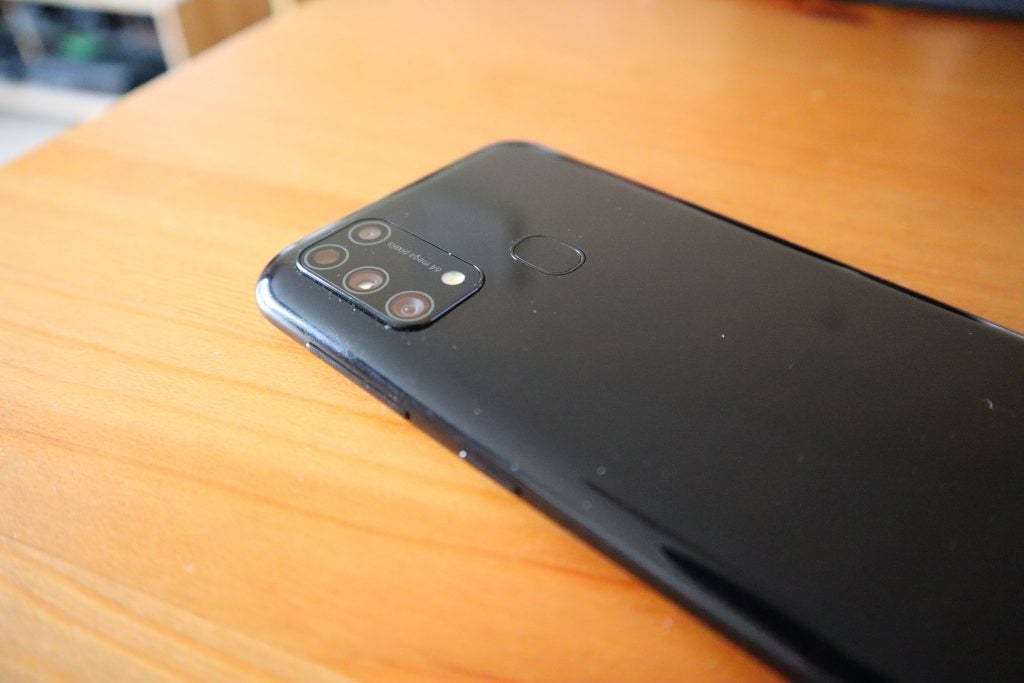 Screen – unbelievable quality for the price

Much like the A series, Samsung’s marketing for the M range has focussed on three core features: the screen, the camera and the battery life. While we’ll get to the latter two in just a moment, I’m happy to report that Samsung’s nailed it with the screen on the M31, arguably being the phone’s best feature (aside from the price).

That aforementioned 6.4-inch screen utilises a juicy AMOLED panel with a 2340 x 1080 resolution, ensuring that whatever’s on the screen, be it the homepage background or your second run-through of The Last Dance on Netflix (respect), it always pops.

Of course, even with that high-end FHD+ resolution, there’s no getting around the fact that if you want to dive into the full-screen experience, you’re going to have to deal with the notch cutting into the action. Granted, it’s minuscule compared to the likes of Apple’s now seriously outdated shelf, but it’s still there.

The only other minor issue is that, unlike the new Moto G 5G Plus, it has a basic 60Hz screen. But given how few phones this price have made the jump to 90Hz at the moment, it’s a forgivable omission.

Performance and software – solid for the price, with a few niggling quirks

Having gotten accustomed to using the Pixel 3a XL’s streamlined and near flawless version of Android 10. Samsung’s custom skin feels very clunky, even if it’s not the worst out there.

For instance, there’s very little bloatware with the exception of Samsung’s own variety of apps which tend to have their uses, although why I’d ever need to use the Galaxy Store when Google’s App Store is right there, is beyond me. 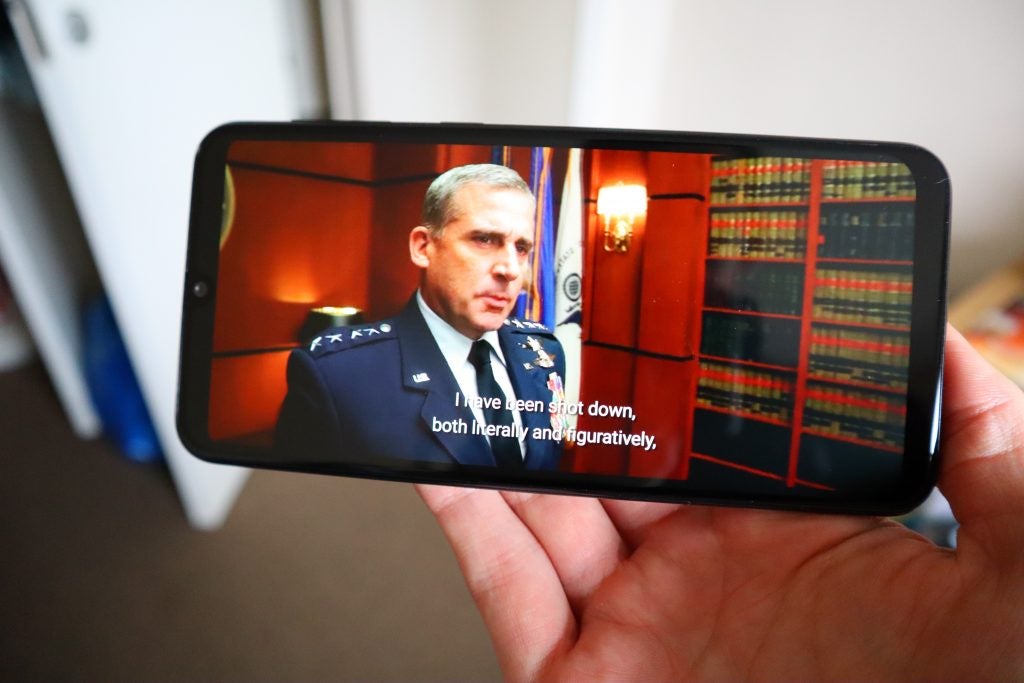 Luckily for the M31 however, everything runs fairly well despite its affordable price. This is down to the Samsung Exynos 9611 SoC processor and a solid 6GB RAM under the hood. Don’t expect mind-blowing speed with the M31, but this set-up leads to a fairly decent performance where it counts.

For instance, the dedicated fingerprint sensor is speedy and reliable (arguably moreso than some of the in-screen fingerprint sensors I’ve come across on more expensive handsets). The same goes for face unlock, with a great little animation occurring just below the front-facing camera to let you know it’s doing its thing.

A consistently irritating issue that kept popping up however was an unexplainable incompatibility with certain wearables devices. While this seems to have levelled out after a few software updates, the phone would initially drop its connection with my Whoop 3.0 Band and TicWatch C2 Plus smartwatch on a regular basis. If you’re not a smartwatch fan then you’ll probably never come across this issue, but for a fitness fanatic like myself who loves to track health stats, it became a royal pain.

If you enjoy a spot of mobile gaming on your lunch break, then the M31 should have you covered with most titles – just don’t expect to run Fortnite on it anytime soon. As the launcher incessantly pointed out, the Galaxy M31 is not one of the phones currently optimised to play Fornite, and diving into the game revealed a choppy, barely playable mess. Surprisingly however, the M31 had no trouble running online matches in Call of Duty: Mobile, and smaller titles like Alto’s Odyssey performed well.

Blame it on the fact that my ageing laptop has a bit of a dodgy Wi-Fi connection, but under these new working from home circumstances, I’ve settled on using my phone as the main device of choice for conducting zoom calls, listening to music, tracking my indoor workout and enjoying some YouTube fluff at lunch time. Sufficed to say, I’ve been putting the battery on the Galaxy M31 through its paces, but it’s been fighting back in an impressive way.

Packing a whopping 6000mAh battery, the Galaxy M31 has managed to reach roughly the end of two days on a single charge, despite being connected to Wi-Fi for the majority of that time, with Bluetooth on and multiple wearables and a pair of wireless earbuds connected for good measure. That’s on top of the heavy use activities I mentioned previously. Simply put, you’d have to be a serious procrastinator to even think about draining the battery completely in a single day. 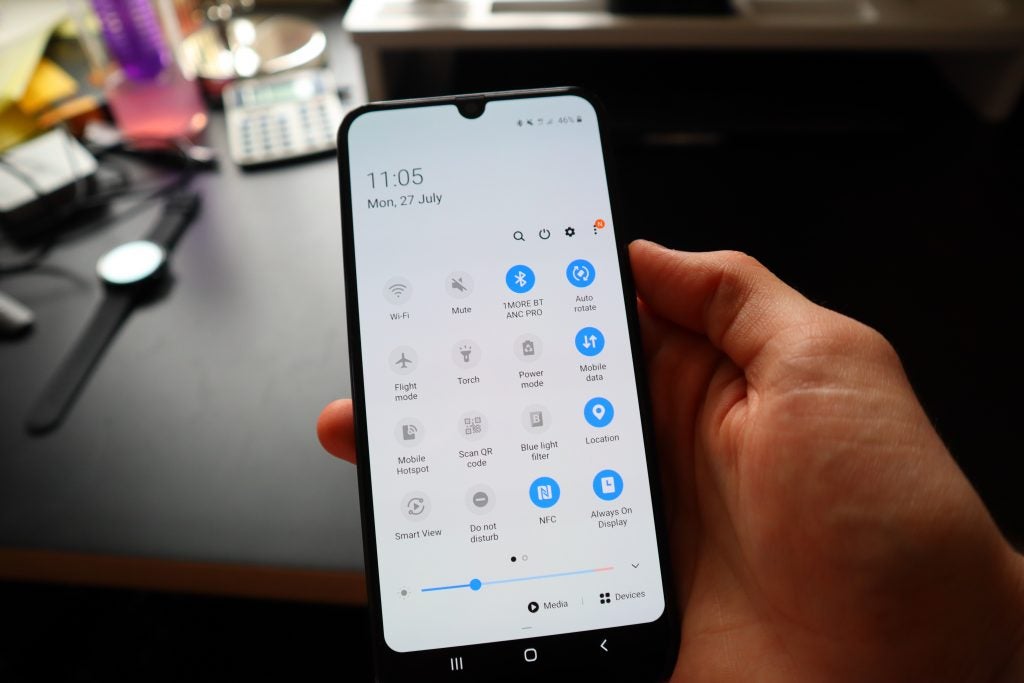 The Galaxy M31 proves that having a multi-day battery life doesn’t cost the Earth, and if you were planning on using the M31 as your main media device of choice, this unbelievable battery life paired with the phone’s AMOLED screen makes for a match-made in heaven. You could binge content for hours on this thing.

The only letdown is the supposed inclusion of 15w fast charging, which I beg to differ. When hooked up to a power outlet, it took just over two hours to reach full charge from 8%. If charging your phone overnight is part of your routine then you’ll never have an issue here, but needing a quick top up before you leave your home is just out of the question.

Camera – aims too high and loses focus along the way

I kid of course, I don’t happen to share the same disdain for the inclusion of macro cameras on smartphones that other critics do, and it’s fun to snap an artsy shot of a bug or a flower every now and then, but let’s face it, the real meat and potatoes are the ultra-wide and main cameras.

Starting with the latter, I was genuinely surprised to see just how vibrant shots could be with the M31’s main sensor. For example, the portrait shot below of my wonderfully obliging fiancée below has a natural-looking bokeh effect, and colours appear bright without looking saturated. 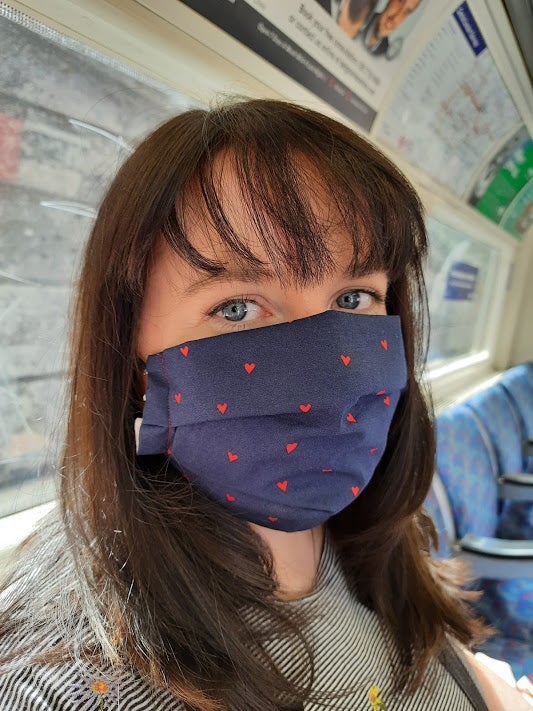 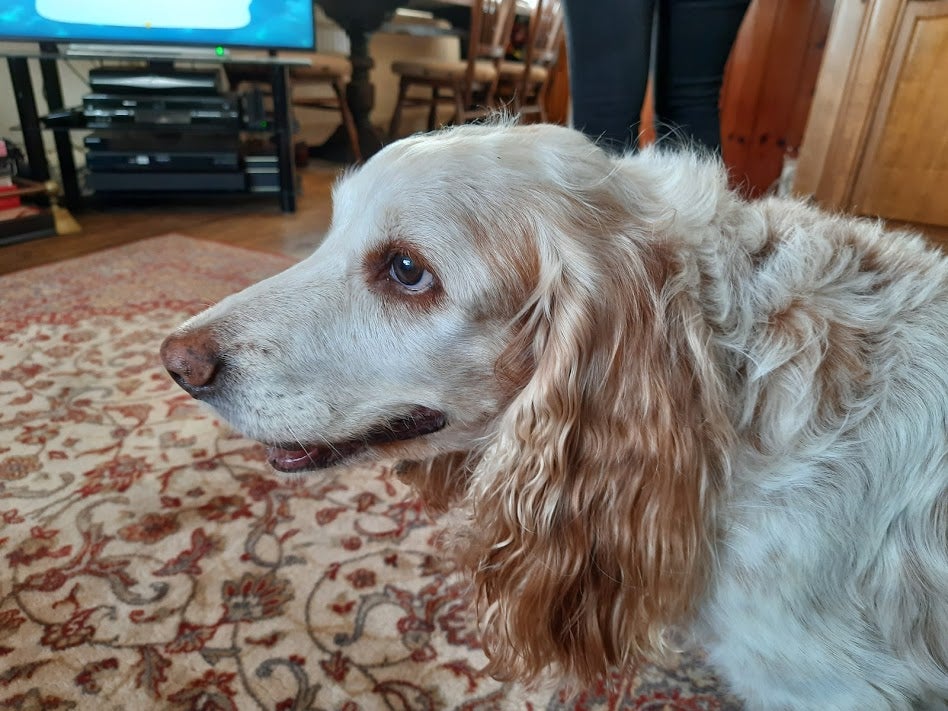 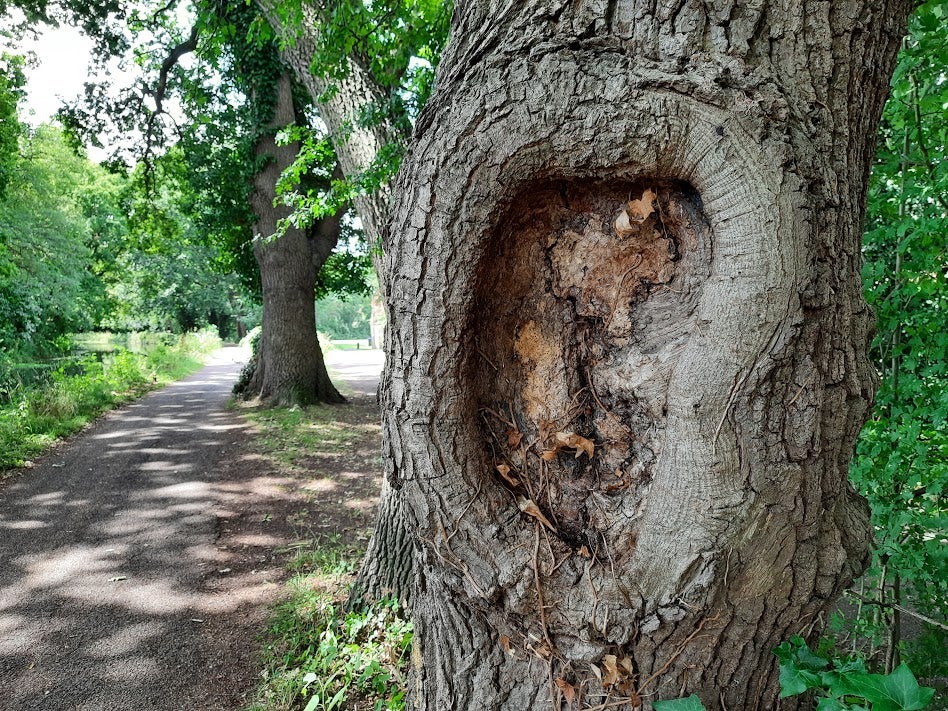 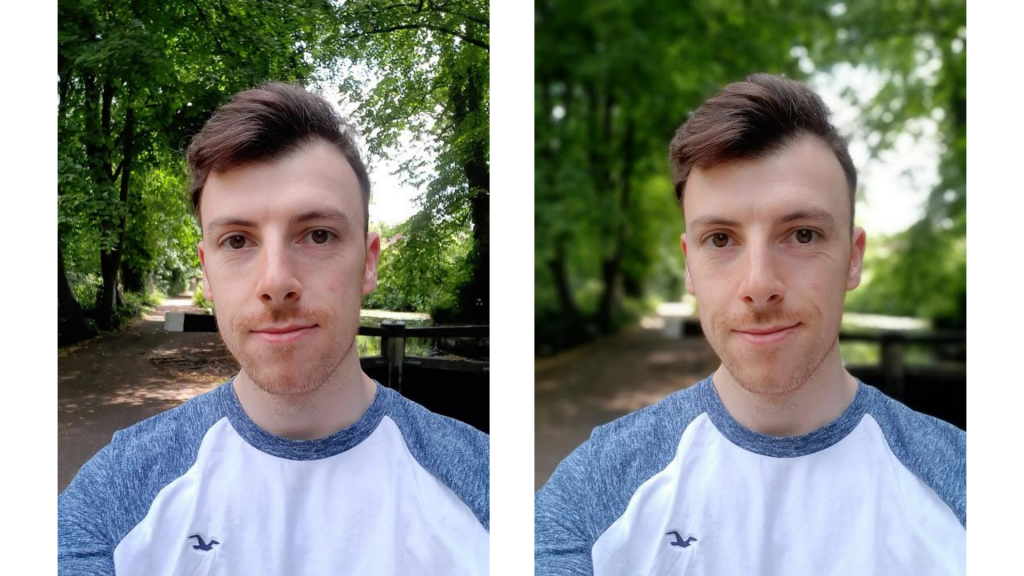 It’s only when you start to zoom in on the portrait that you notice the camera’s inability to pick up finer details, an issue that becomes far more apparent when you swap over to the M31’s ultra-wide angle lens.

Zooming into the corners of any wide-angle shots taken with the M31 reveals a distinct lack of detail. I can understand the appeal of wanting a wide-angle sensor, but if it’s only going to do a sub-par job, then I would much rather see those resources invested into bumping up the main sensor. By comparison, the Pixel 3a only has one rear-facing sensor, but benefits from being one of the best smartphones for photography. 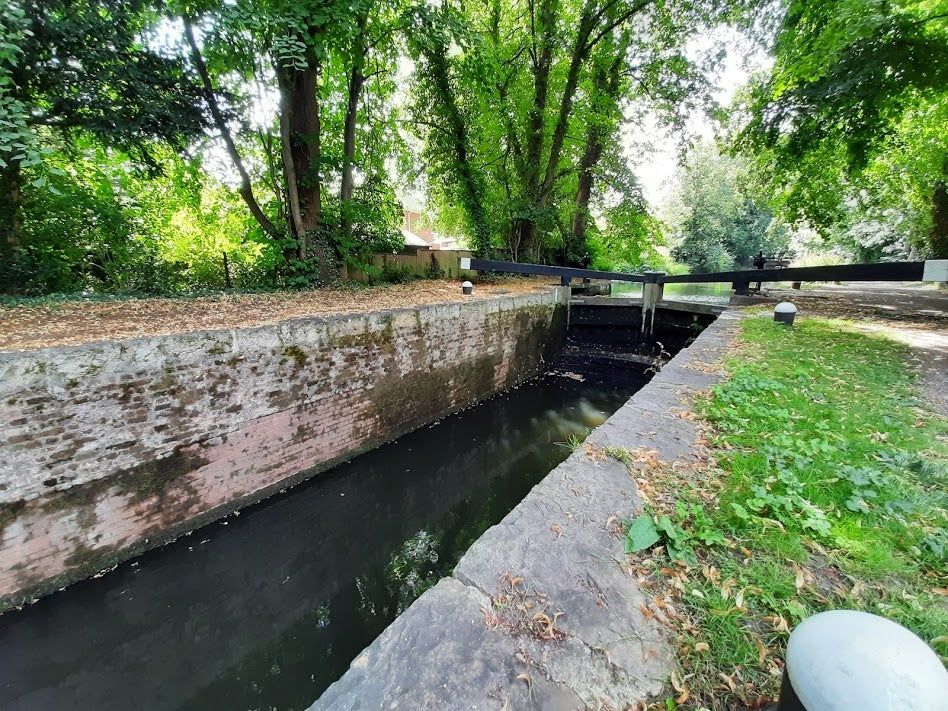 The wide-angle lens fails to retain detail, specifically around the edges.

Video is also a bit of a mixed bag. Amazingly, the Galaxy M31 can shoot in 4K, but the 4K mode is incompatible with the camera’s in-built stabilisation, so you really need a gimbal to get the most out of it. While video stabilisation is available when shooting in HD, the process seemed to bring the fps rate down to a screeching halt, so it’s best avoided here.

Should you buy the Samsung Galaxy M31?

If you’re looking for an affordable smartphone, chances are you’ve been eyeing up the likes of the Moto G8 or the Moto G8 Pro, but the Samsung Galaxy has them both beat on two crucial factors: battery life and the display.

With up to two days worth of battery and a gorgeous AMOLED screen to boot, the Galaxy M31 is arguably the perfect phone for content junkies on a budget. Throw in the 3.5mm headphone jack and a MicroSD slot for expandable memory and you’re on to a winner.

Just don’t expect to be impressed by the camera offering across the board. For a consistently excellent experience in this regard, the Pixel 3a is still the camera phone to beat within the affordable price bracket.