The Motorola G8 is a good device that offers a good main camera and decent performance for the price.

The Motorola G8 is part of the series of budget Motorola phones that are renowned for offering great value for money.

It’s got a considerable battery and a total of three rear cameras, but is it worth your cash?

Motorola G8 design – Big and eye-catching, with a headphone jack

The Moto G8 has a 6.4-inch screen, so it’s a fairly large handset. Relatively thick bezels run around the edge of the screen, and there’s a cut-out selfie camera set into the top-left corner of the display. 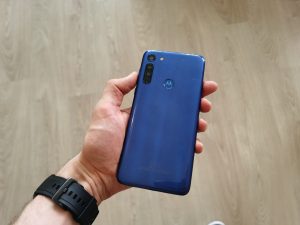 The rear panel of this device is a smart, vivid blue shade. The colour takes the eye, although the design isn’t particularly remarkable. There are good functional touches too, including a Micro SD card slot for expandable storage and a 3.5mm headphone jack for headphones. There’s a single speaker at the top of the screen, and music played through this sounded fairly crisp and had some depth.

There’s a rear fingerprint scanner on mounted on the rear of the device – to begin with, this could be a bit temperamental, but after a day or two of usage, it seemed more reliable.

It’s supplied in the box with a clear plastic case to keep it safe from bumps and scrapes.

Display – Not the sharpest or brightest, but what you would expect for a budget phone

The display measures 6.4-inches and has a resolution of 720 x 1560 pixels. Some people might find the cut-out notch a little distracting, but I soon got used to it, but the screen has a couple of other technical limitations that did bother me a bit. 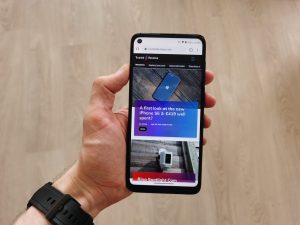 This isn’t the sharpest display around, and at close inspection, you’ll notice that small text, for example, is noticeably pixellated and therefore appears a little blurry. On top of that, I found that it was best to keep the brightness higher on the scale than usual with a phone in order to see clearly.

The screen is not one of this device’s best features – if you consume a lot of video content on your phone, it’s worth investing more money for a better screen. Still, when you consider the price it’s a sacrifice that’s always going to have to be made.

Performance – The G8 is a strong performer for under £200

The Moto G8 runs on a Snapdragon 665 chipset with 4GB of RAM. While that’s a firmly mid-range processor, it’s pretty good going for the price. I noticed no slowdown or lag during my daily usage, though the more demanding games didn’t run as smoothly.

The recorded benchmark scores are posted below in comparison to its peers; unsurprisingly, this device scores near-identically to the G8 Power, given that they both have the same set-up.

Overall, it gives a good performance for a device costing below £200, so it’s a good bet from that standpoint.

Motorola Moto G8 battery life – A strong performer, but not as impressive as the G8 Power

The battery capacity is 4000mAh, which is a good healthy amount for any smartphone, and especially a budget-friendly one like this. I found that it was enough to get me through a busy day of usage. Watching a video after fully charging, the battery was drained to 95% after an hour, and 90% after two hours.

The charging speed was adequate but not especially snappy, as you can see from this table:

Overall, battery delivered a strong performance, although if it’s your top priority, then the Motorola G8 Power might be a better option.

Motorola Moto G8 camera – Good for the price, and will suit most photographic needs

The Moto G8 has a 16-megapixel main sensor, an 8-megapixel ultrawide lens, and a 2-megapixel macro camera. Reading the specs sheet I was surprised to see only three cameras listed – but the fourth sensor you can see is actually a Laser AF module for better auto-focus; despite this, I still found myself tapping the screen to focus on areas of the shot I wanted to focus on. 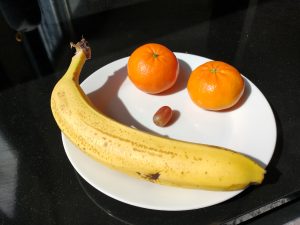 I found that the main camera was good. The level of detail was pleasantly surprising, and colours were realistic without the garish enhancements sometimes employed to make up for hardware deficiencies. 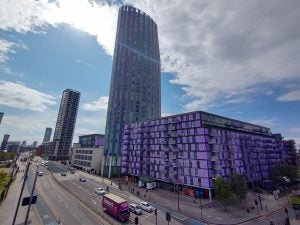 There’s a loss of detail and no little distortion when you switch to ultrawide. It’s useful to have an extra lens for some variety, but for the most part, I’d prefer sticking to the main camera. 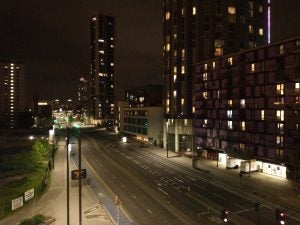 Night shots were usable though not spectacular. A considerable amount of detail is lost, and highlights are not as well controlled as you’d like, but the images weren’t terribly grainy to the point of being pointless. 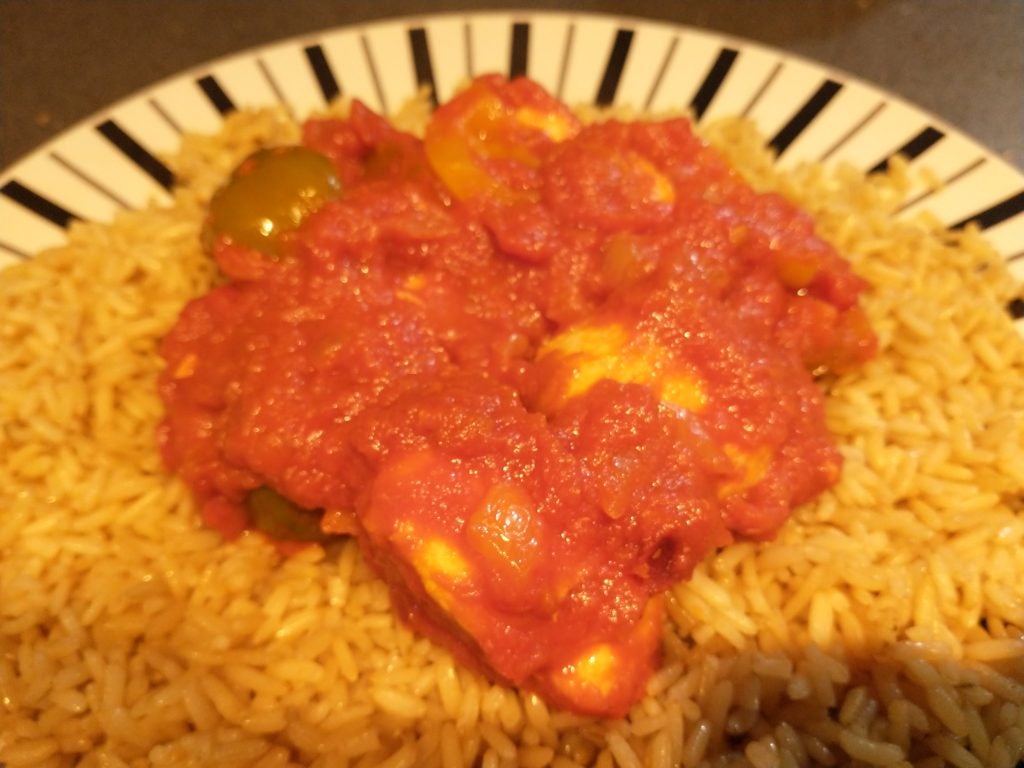 One of the things I found disappointing about the camera was its AI. This is the same plate of food shot with the automatically-recognised “Food” filter, and on the left without; the main difference seems to be a strong yellow tinge. This is likely intended to make the plate look warm and appealing (and for my cooking that’s a challenge beyond the reach of any existing technology), but this doesn’t work in all contexts, and I preferred to keep the AI switched off.

Overall the main camera is good for the price and should suit most of your photography needs. However, there’s not the variety of lenses that some rivals offer (a telephoto lens, for instance), and the AI could have been better.

Should you buy the Motorola Moto G8?

The Moto G8 is certainly a device worth considering if you’re on a £200 budget. However, I reckon it would be worth saving a little more for the Motorola G8 Power. This handset has a handy extra camera, a much larger battery, and a markedly better screen, while the price is not drastically higher.

The Motorola G8 is a good phone for this price point, delivering a strong processor, a large screen and a reliable camera.  However, the camera isn’t as versatile as I would have liked, and the screen quality is fairly lacking.