With cameras on smartphones and tablets now a prerequisite, Samsung has decided that watch wearers are in need of an integrated snapper too. The Galaxy Gear has a camera built into its strap, with a 1.9-megapixel sensor bolstered by auto focus capabilities. 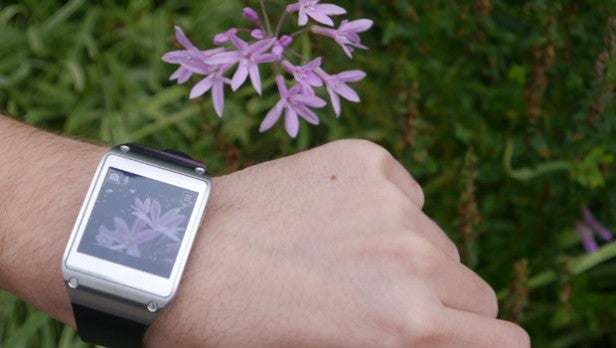 On an image quality front, the Samsung Galaxy Gear’s camera is comparable with the forward-facing snapper on Samsung’s flagship phone, the Samsung Galaxy S4. With good lighting, images are of high enough quality for the likes of Twitter and Instagram but little else. Where the Galaxy Gear’s camera struggles is when faced with less than ideal light or when attempting shots with depth. Colour management, too, is on the weak side, with images looking a little bleak and diluted, while shutter speeds are farcically slow.

Although the Gear can capture 720p HD video content at 30 frames-per-second, clips are limited to just 15 seconds. The only other shooting option is Shoot and Sound, which lets you capture an image with a short audio clip attached. Used at a recent NFL game at Wembley, this really helped bring images to life and better capture the true nature of a moment. 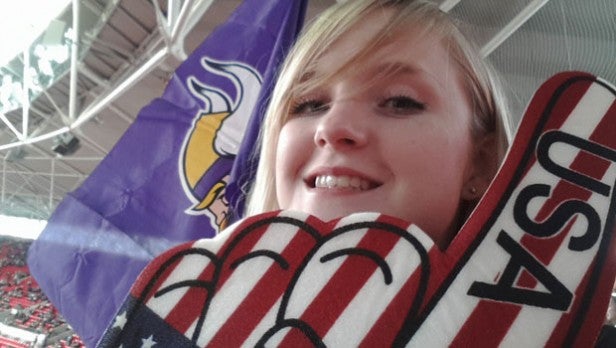 The Samsung Galaxy Gear features 4GB of internal storage. This slightly limiting capacity is more than enough to ensure you can keep a few dozen snapped images safely stored, even when away from your connected smartphone.

The Samsung Galaxy Gear’s camera is far more a luxury than a necessity, and we can’t help feel it has added considerably to the watch’s price for only marginal gains. What’s more, if the watch’s battery is below 15 per cent, the camera is a no-go. 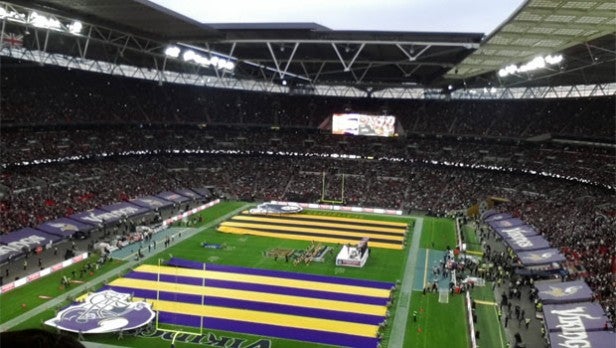 Battery life is another major stumbling block for the Samsung Galaxy Gear. Unlike your standard timepiece, which will go years between battery changes, the Gear will need to be recharged nightly. Although Samsung claims that the 315mAh power pack within the Gear will support 25 hours of continued use, this figure is more than a bit ambitious.

Although making use of a low energy Bluetooth 4.0 connection with the parent device, the Samsung Galaxy Gear is still a bit power hungry. Given its limited staying power, recharging the Samsung Galaxy Gear has been made unnecessarily complicated too. In a bid to aid aesthetics, Samsung has omitted a microUSB port from the Galaxy Gear, instead bundling the watch with a separate dock.

What this charging dock means is that to give the Gear a new lease of life, you either have to carry the dock with you or ensure you charge it nightly at home. Pleasingly, however, the Samsung Galaxy Gear’s recharge times are rather speedy, going from the red zone to 100 per cent in under an hour.

While battery life isn’t the best, connectivity is strong, with the Bluetooth syncing facing no dropping issues during testing. The Samsung Galaxy Gear has a decent range when talking to a parent device, too, giving us alerts at more than 30 metres. 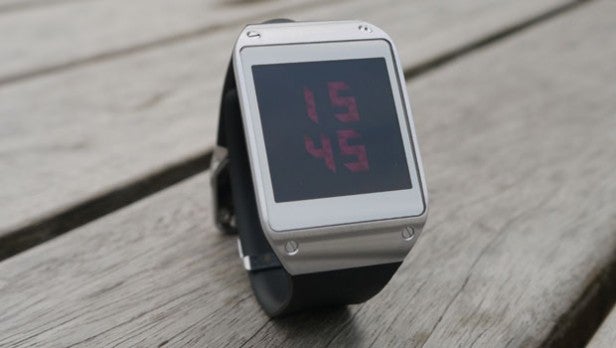 Should I buy the Samsung Galaxy Gear?

Frankly, no, not this first generation attempt anyway. The Samsung Galaxy Gear is a foundation on which the company’s smartwatch efforts can build, but it is far from the finished article. Samsung executives have even said so much themselves, stating that the watch “lacks something special” in recent interviews.

The Samsung Galaxy Gear is sure to be superseded in a matter of months, and until the market has developed just a little bit more, you’re better hanging on to your £300, dignity and common sense.

As quirky an idea as smartwatches seem, the novelty quickly wears off. Although you can make and receive calls as well as take pictures with the Gear, you will feel like a bit of a fool or show-off doing so.

The Samsung Galaxy Gear might be the device which brings smartwatches to the fore, but it isn’t the one to convince the masses to adopt them. Its limited compatibility with just Samsung branded phones, and very few of them at that, is a major drawback and has limited the Gear’s market to a niche within a niche. The Gear is under supported, overpriced and feels like a rushed effort, made to beat the competition and rumoured competition, that has failed to achieve its potential.