IFA 2012 is fast becoming the tech show where all the big players outed their first-wave of Windows 8 tablets and laptops. Samsung’s most dynamic models fit under the ATIV banner. There’s the Samsung ATIV S phone, there are convertible tablets, and the Samsung ATIV Tab is a Windows 8 RT tablet. Set to sell for less cash than the rest of the ATIV range, should this be the one to save your money for? 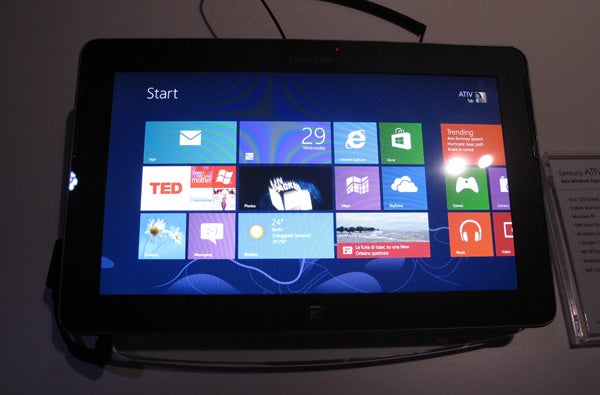 Design
The Samsung ATIV Tab is a 10.1-inch tablet that could, from a glance, fit in with the company’s Android tablets of the last 18 months, such as the Samsung Galaxy Tab 2 10.1. This is quite a different beast in a number of respects, though. For one, while the screen size is familiar, the resolution seems more laptop than tablet at this point. The ATIV Tab has a 1,366 x 768 pixel display, which is well below the pixel count offered by Android equivalents like the Asus Transformer Pad Infinity and the market dominant Apple iPad 3.

Look hard and you’ll be able to see the pixellation around text, but at normal viewing distances images are respectably sharp and general display quality is good. Our demo didn’t offer the best lighting conditions, but viewing angles and colour reproduction seemed decent at the very least. However, it is the lowest-grade display in Samsung’s new ATIV tablet range.

Build could also prove to be a point the ATIV Tab trips up on. This tablet has clearly taken a cue from the recent Samsung Galaxy S3, current king of Android phones. The rear of the ATIV Tab is covered by a smooth glossy plastic sheet that boasts a metallic finish. It’s not metal, but it – sort of – looks like brushed metal. 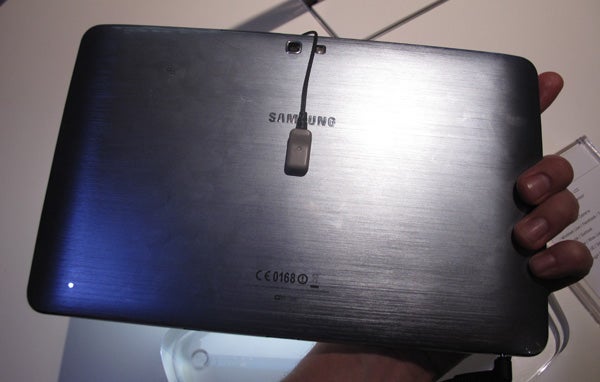 Specs
As a result of this design decision, the Samsung ATIV Tab is a light 570g in weight, and just 8.9mm thick. This isn’t the lightest or thinnest tablet we’ve seen at IFA 2012 – Asus’s Vivo Tab RT pips it, but not by much.

The 1.5GHz dual-core processor may seem like a bit of a compromise too, but it could compare well with the Tegra 3 quad-core models used by some Windows 8 RT rivals. We’ll have to wait to get our review unit to find out. In our limited time with the Samsung ATIV Tab so far, it seemed to run snappily, with none of the lag seen in many dual-core Android tablets. 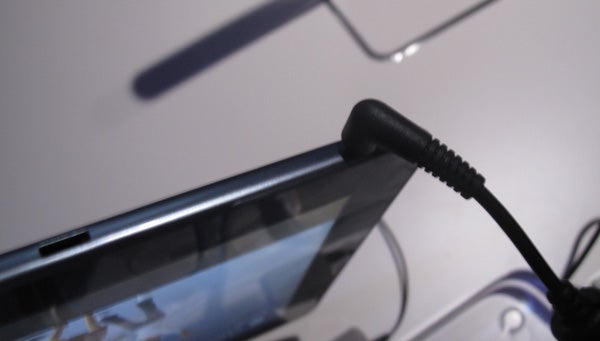 Connectivity
The Samsung ATIV Tab also features pretty decent connectivity. On its top edge are little plastic flaps that cover the microSD memory card slot, the miniHDMI video output and microUSB slot. Unusually for a new product, the tablet uses an old-school cylindrical power jack rather than a more ornate proprietary type. However, there is a dock-style set of connectors on the bottom edge of the tablet. These will presumably be used to connect the thing to a battery-charging desktop stand, although we didn’t get to see one in action during the device’s launch. 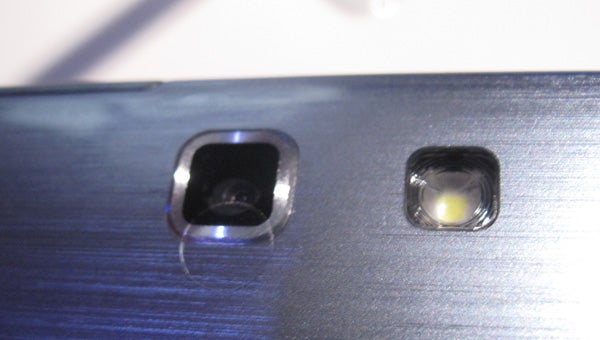 Final features to mention are the tablet’s two cameras, a 5-megapixe sensor on the rear, with an LED flash alongside, and a more basic user-facing video chat model. There are two speakers on the device’s front, to give a sense of stereo while you’re watching a film. NFC also features, along with the obligatory Wi-Fi connectivity. 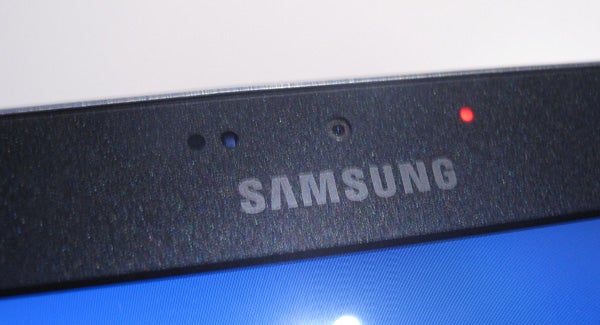 The Samsung ATIV Tab Windows 8 RT tablet offers a decent spread of features, connectivity and fairly snazzy looks. However, without knowing how much the thing will cost it’s hard to know how it compares with the Windows 8 RT offerings from Asus, Sony and others. Unless its sensibly priced, some may be turned off by the shiny plastic (ok, “metal finish”) body. We’ll be back with more impressions and the verdict in our full review.