Like the classic football analogy, the Realme X3 Super Zoom is a phone of two halves. There’s a lot of eye-popping features here like the 120Hz display, periscope lens and 30w charging – all of which you’ll rarely find at this price. But with real world use some things just don’t fall into place. The lack of 5G will annoy some, the camera needs to focus on what it wants to do best rather than try to do everything and the design doesn’t quite match the price-tag.

The Realme X3 Super Zoom is another high-powered, mid-range phone that wants to tempt you away from spending big bucks on true flagships like the Samsung Galaxy S20 Ultra.

It’s an interesting device that packs a hodge-podge of features, ranging from last year’s flagship Snapdragon chipset to a 120Hz LCD display. But, it’s the periscope-style zoom lens on the back that really makes it an interesting phone, especially when you consider the £469 price tag. This feature helps the X3 Superzoom to undercut other mid-priced offerings, like the OnePlus 8 or Moto Edge.

The Realme X3 Super Zoom is not a subtle phone. It feels much larger than competing handsets with the same size screen , notably the Moto Edge. So if you want something compact, it’s not the best choice. 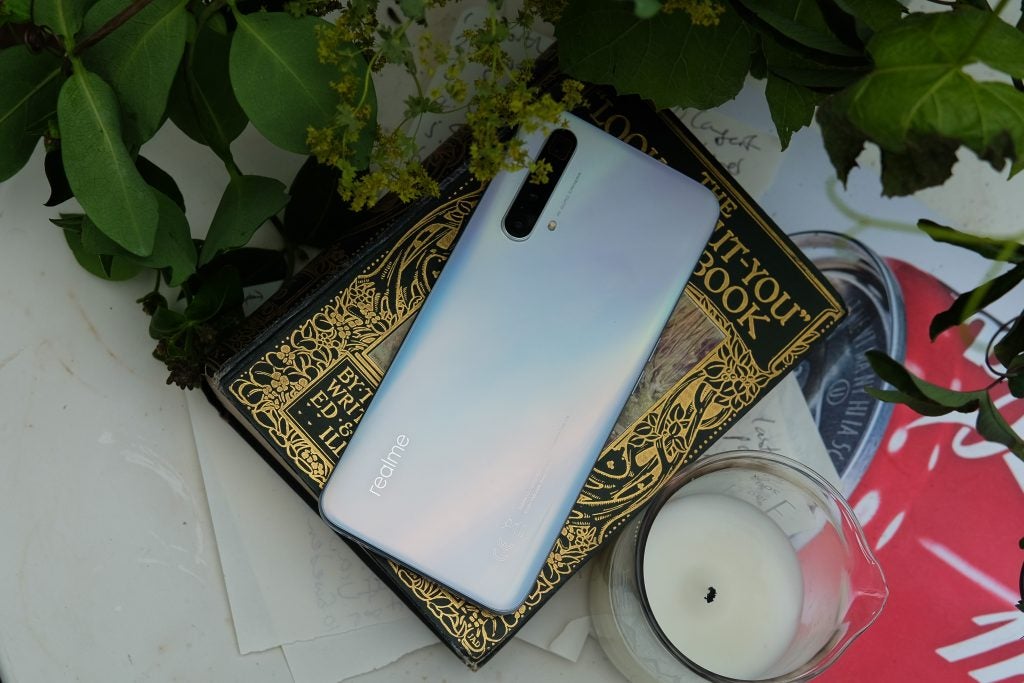 It has a sizable 6.6-inch display, a hefty camera bump protruding from the back and heavily rounded sides. At 202g, it’s fairly heavy too.

That’s not to say it is ugly, because there are plenty of design elements here that are nice. My review unit has a pearly-white finish on the back which shimmers with a range of hues when light hits it. The back is matte too, so it doesn’t get covered in fingerprints or smudges after a few minutes of use.

The rim running around the sides looks, and feels, rather plasticky and this display juts out slightly giving it somewhat of a budget look. The X3 Super Zoom lacks any sort of IP rating, so don’t accidentally drop this phone in the bath. I guess sacrifices had to be made somewhere to reach the low price. 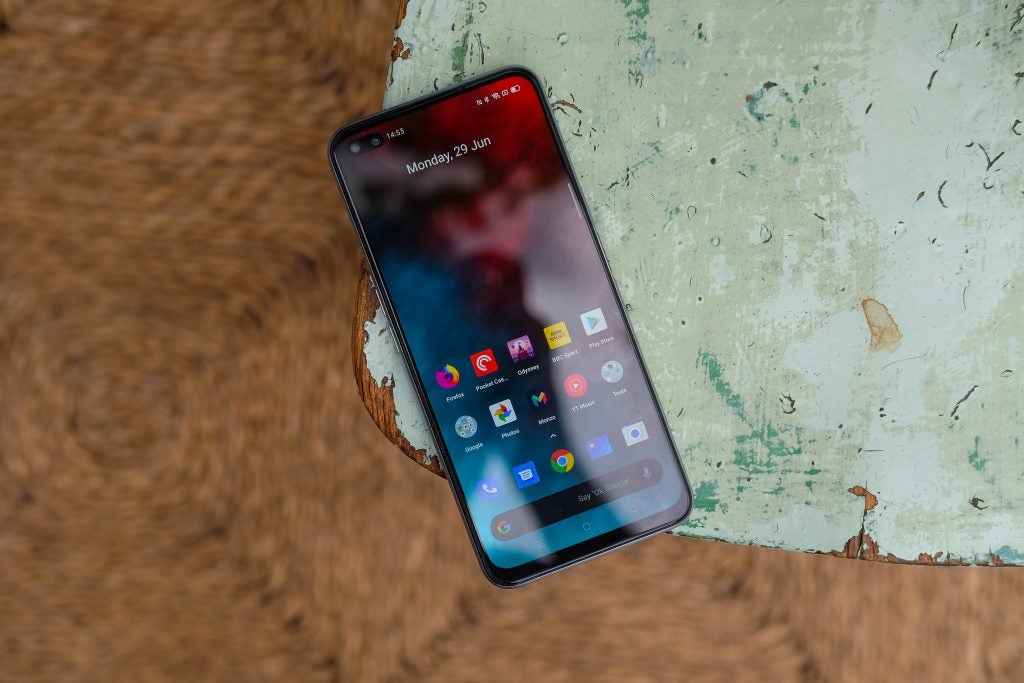 You’ve got a speaker on the bottom, USB-C port for data/charging along with a physical fingerprint scanner embedded inside the lock button. This is a similar design idea to the Sony Xperia 1 II and it again works well here. The fingerprint sensor is fast and large enough to give you plenty of space to press it. The reason for its inclusion seems to be the lack of the OLED panel, which renders in-display sensors far less common.

Throughout my couple of weeks with the phone I have found it to feel very durable and it hasn’t picked up marks or scratches. However, if you’d feel better using a case then there is a soft, silicone one in the box.

There are a number of features packed inside the Realme X3 that make it really stand out for its price. One of those is the display.

Like the far pricier OnePlus 8 Pro and Samsung Galaxy S20, the X3 Super Zoom has a 120Hz display – that’s double what most phones are at this price, and a third faster than the Xiaomi Mi 10 and OnePlus 8.

A faster refresh rate helps improve things in a variety of ways. For starters, it makes the the screen feel smoother when scrolling. It also helps with responsiveness when gaming. Since I started using 120Hz phones, I’ve found it really hard to go back to 60Hz (the iPhone 11 Pro, for example).

Having a 120Hz display is great and it’s very smooth on the X3. You can switch it down to 60Hz to save battery and enable an Auto mode that switches it up when it thinks you’ll need it. I’ve switched between full 120Hz and Auto mode during my time with the phone and it really is a benefit.

The rest of the display can’t quite match that illustrious spec. The 1080 x 2400 resolution is sharp, yet the use of LCD over OLED means blacks are muddy and there’s quite a lot of light bleed when you’re watching dark content. Viewing angles are not among the best and I found the auto-brightness struggled to properly jack things up when I was using the phone outside. There’s no HDR support either (hardly a surprise for an LCD device) but Netflix will play fine in HD. 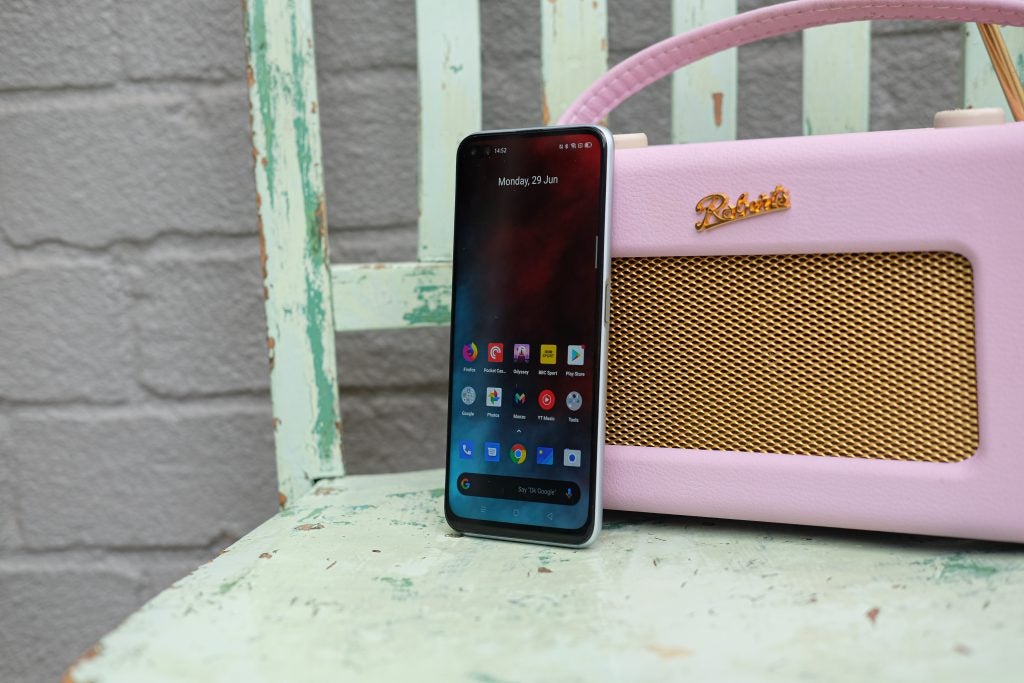 I am also far from a fan of the dual-camera selfie cutout that really digs into the display and gets in the way when you’re viewing fullscreen content. This is a design element that was deemed annoying in 2019 and we’ve rarely seen it this year. You can get mostly used to it though, so for some, it won’t be an issue.

This is a good screen with a single great feature and if you’re after a 120Hz refresh rate on a budget you’re not going to find much better.

Inside the Realme X3 Super Zoom is the Snapdragon 855 Plus chipset. This was Qualcomm’s top-tier silicone right up until the current 865 was announced in December 2019 and it remains a very capable chip.

This is an interesting move and one I assume was done to ensure the phone’s price could be kept down. You get just about better performance and benchmarks here than with the Moto Edge running on the Snapdragon 765G, but importantly you don’t get 5G.

The lack of support for the next-gen mobile data network is one of the big downsides here and it’ll be something to note if you’re buying this to use for the next two years. You can get 5G phones at around this price and they’ll be a lot more of them coming out towards the end of this year and the beginning of next.

If you’re not fussed on 5G then you won’t be disappointed with the performance. Its performance is on par with the Galaxy Note 10 and I haven’t had trouble with any games or apps.

Realme hasn’t skimped on other internals, with 8 or 12GB of RAM and 256GB of UFS 3.0 storage. There is a 128GB model available too but beware, there’s no expandable storage here so choose your configuration wisely. One more missing feature is Wi-Fi 6 support – hardly a given on a flagship, let alone a phone that costs half the price of the Samsung Galaxy S20 Plus.

That 120Hz display paired with a lot of RAM and a very fast, highly efficient chipset makes this the fastest overall phone you’ll find for less than £500.

Not everything is great, though. The speaker is muddled and tinny and call quality can be hit-or-miss.

I can’t say I am a huge fan of the Realme UI, though it’s still better than the skin you’ll find on Xiaomi phones. Quite a few features have been stripped from Google’s vision of Android (notably the Now panel and the search bars position) but Realme has redone all the app icons and redesigned both the notification panel and the settings area. 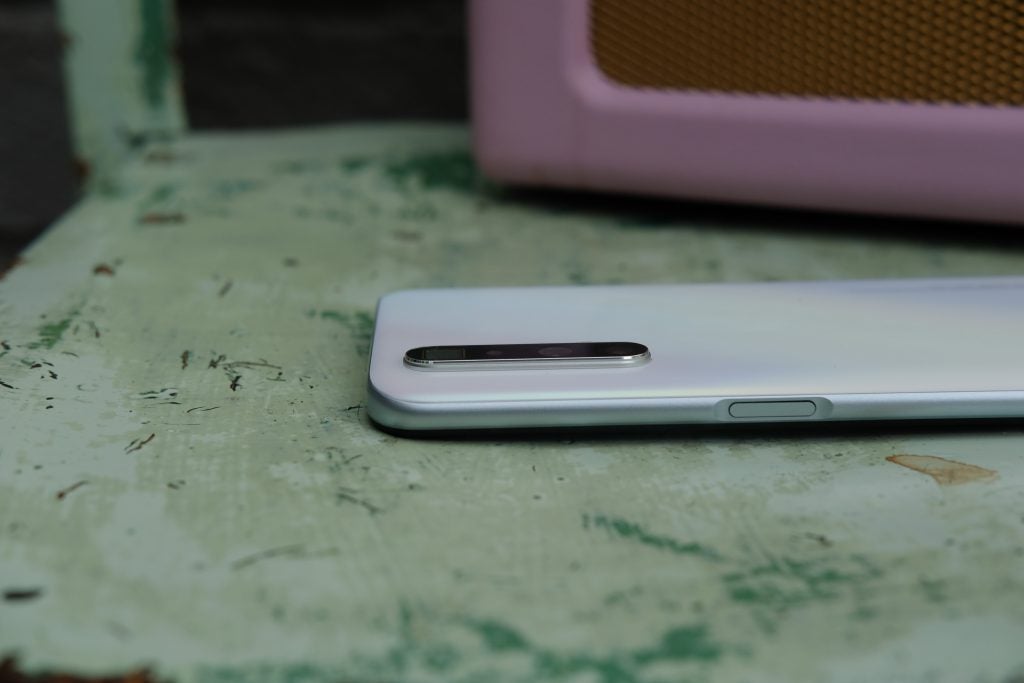 There are a few preinstalled apps and most of all these are welcome and designed well. It’s nice to see a voice recording app and compass app included, though I can’t see anyone choosing to use the Music app.

Like the 120hz display, another typically flagship feature Realme has included here is 30w fast charging. I managed to get the depleted 4200mAh cell back to 100% in just over an hour, which is slightly more than the time Realme suggested.

As with any high refresh rate screen phone, the endurance varied a lot depending on how you use it. With the auto mode selected and with what I would consider heavy use, I usually ended the day with about 20% juice left. I was getting closer to 10% if I left it on 120Hz.  Considering how quickly the phone charged I didn’t worry about the battery life and while it doesn’t set  a new standard for longevity, it can’t be described as anything other than good.

There isn’t any wireless charging though, and you’ll need to use the included plug to get those speeds. A more common USB-C PD power got me from 0-100% in roughly 100 minutes.

The real highlight of the X3 Super Zoom, on paper at least, is the zoom skills of the camera. Realme clearly agrees; this is called the Super Zoom after all.

You get 5x optical zoom on the 8-megapixel sensor thanks to some periscope trickery, plus a 64MP f/1.8 main sensor, an 8MP ultrawide and  2MP macro.

I have found camera quality across all cameras to be very hit-and-miss. Snaps from the main sensor are usually the most reliable, with nice, if very saturated, colours and plenty of detail. There’s a dedicated mode for shooting at 64MP but this removes the zooming skills and can lead to some issues with focusing.

The secondary cameras, zoom lens aside, are merely window-dressing. The macro sensor is largely pointless and I would prefer it to be left off and the price dropped further. The ultrawide takes ok landscapes in good lighting but suffers from blurring around the edges.

The 8MP zoom camera itself is nice to have, even if the fairly low-resolution sensor leads to some soft photos. Having that periscope lens does improve the zoom when compared to phones that use purely digital cropping though, and it’s very usable. 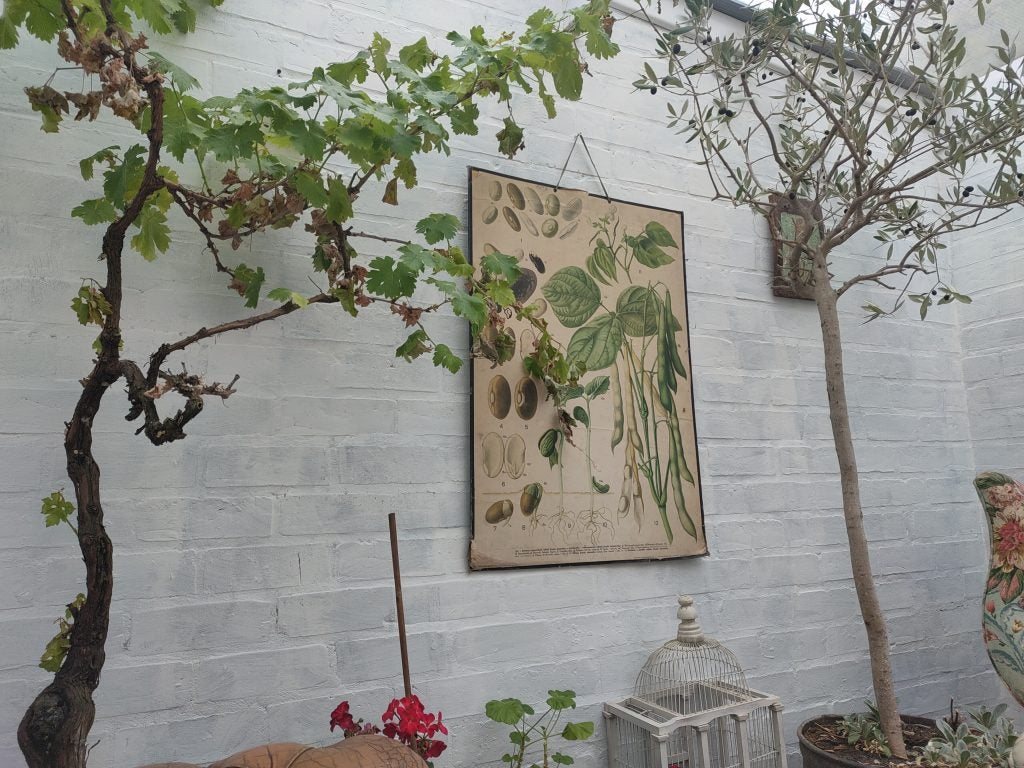 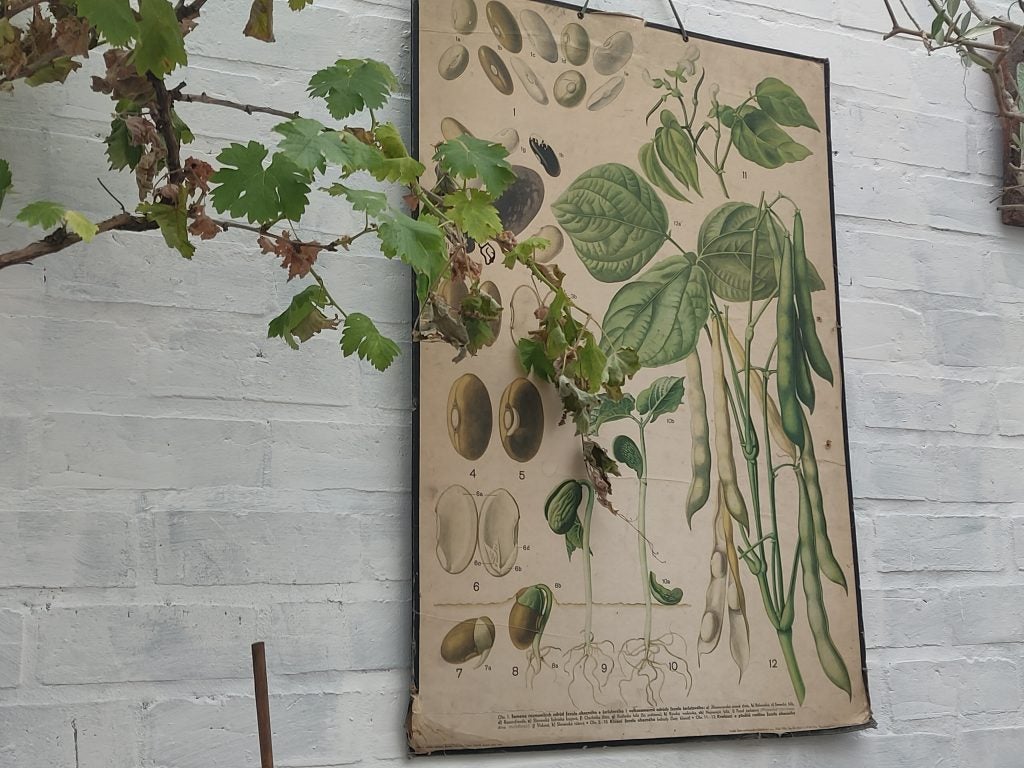 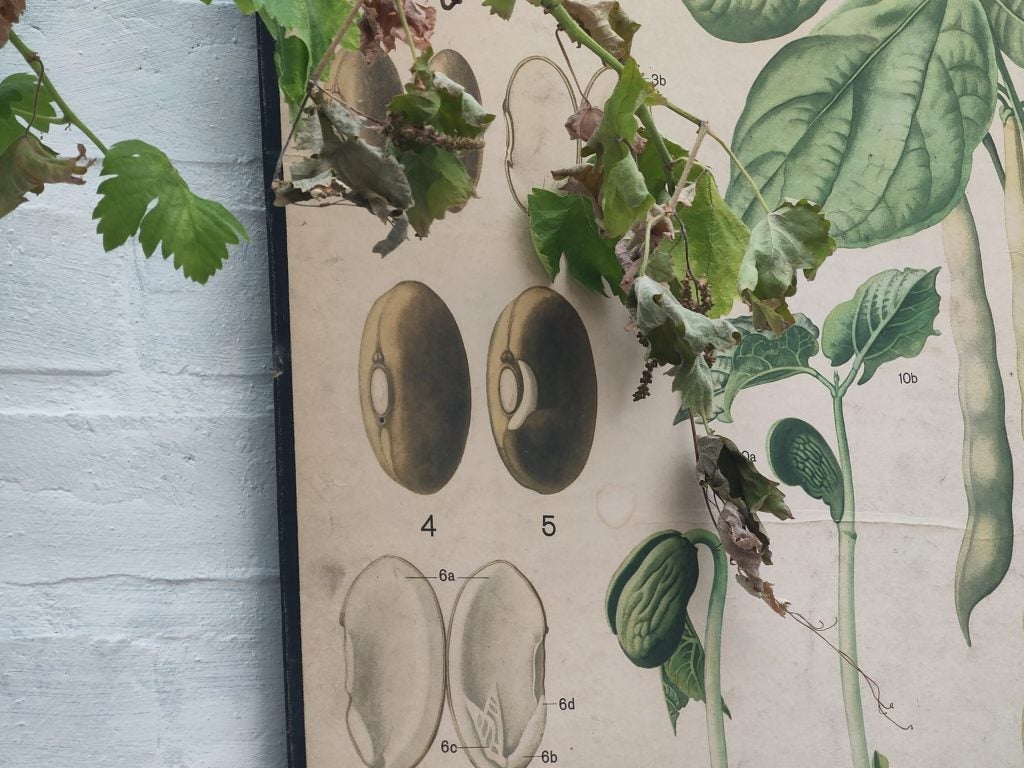 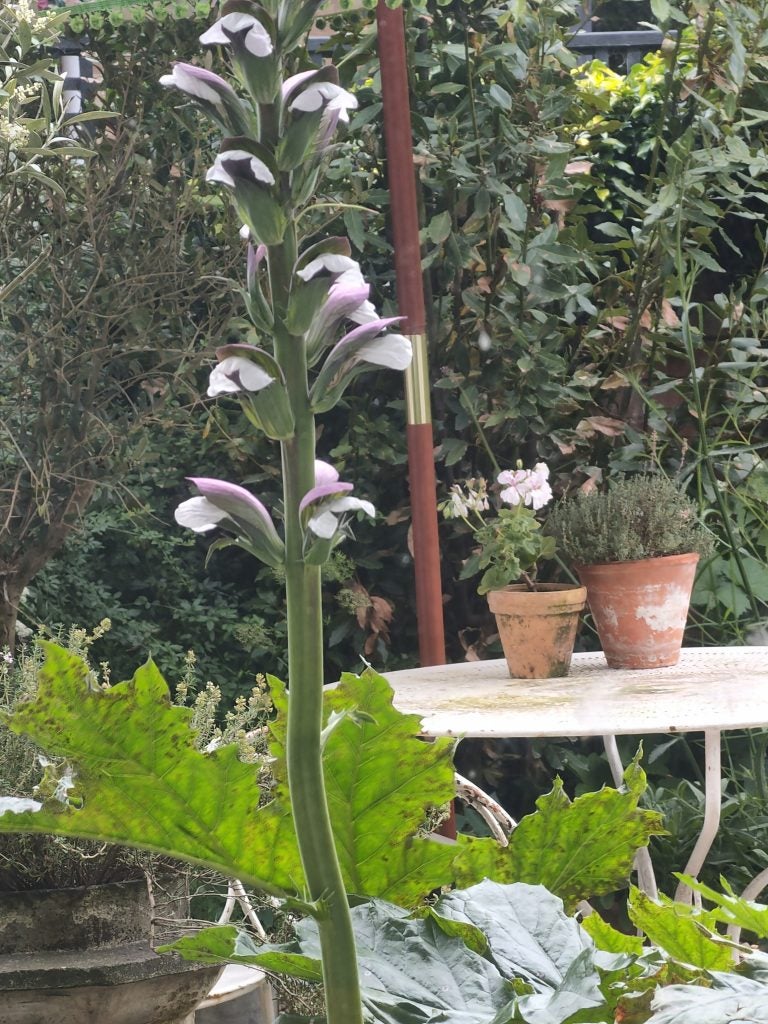 Also an example of 5x zoom 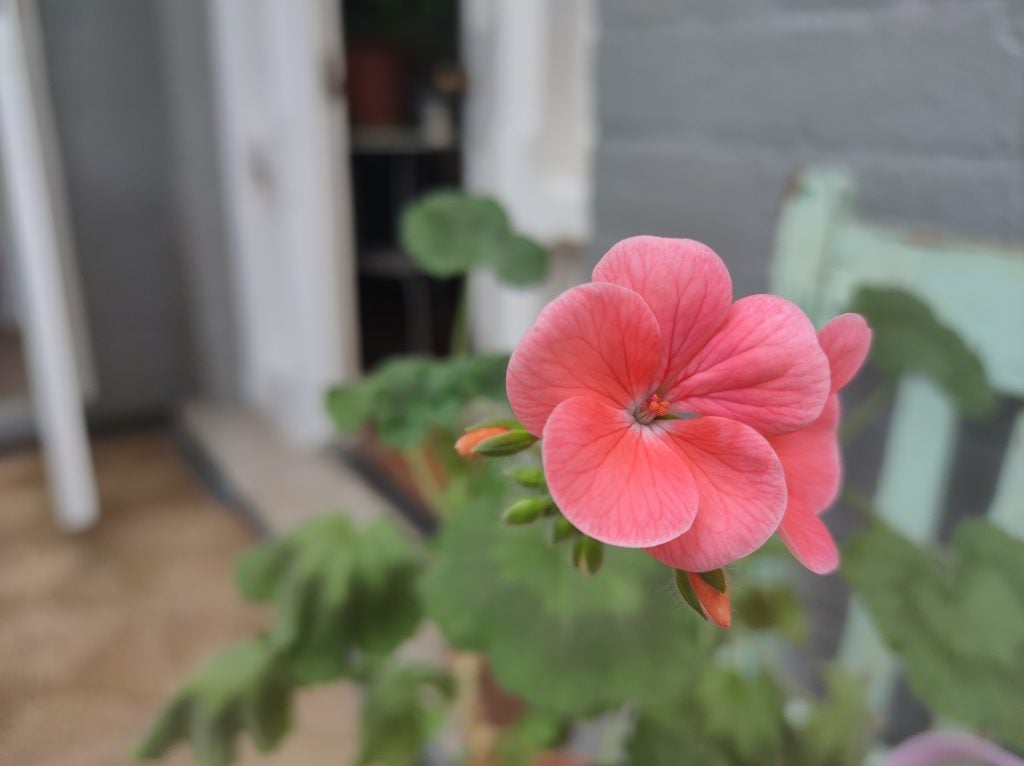 You’ve got two more cameras around the front: 32MP main and a wider 8MP. Again, they’re fine – even if they tend to smooth out details a little too much for my liking. It’s a similar situation with the video features which you can shoot up to 4K 60fps thanks to the Snapdragon 855 Plus.

I think there’s too much going on with this camera without enough proper focus. If the headline is meant to be the zoom then ditch the needless macro and sacrifice the ultrawide to make the zoom the very best it can be. I think the software and backend need some work too as it’s hard to get reliably good photos even though it seems the hardware is there.

Should you buy the Realme X3 Super Zoom?

Like the classic football analogy, the Realme X3 Super Zoom is a phone of two halves. There’s a lot of eye-popping features here like the 120Hz display, periscope lens and 30w charging – all of which you’ll rarely find at this price.

Yet in actual use some things just don’t fall into place. The lack of 5G will annoy some and not bother others, the camera needs to focus on what it wants to do best rather than try to do everything and the design doesn’t quite match the price-tag.