The Kraken X Lite headset ticks all the right boxes for headphones and its capabilities greatly exceed its price.

Previous models, such as the standard Kraken, represent great value for money in terms of gaming headphones, and the new version has been built with buyers on a budget in mind.

The standard Kraken X headphones are marketed at £49.99, and the Kraken X Lite is currently sold as part of Razer’s Epic Gaming Bundle, along with the Cynosa Chroma keyboard, DeathAdder Essential mouse, and an accompanying mouse mat.

This new, cheaper version thus does seem, on the surface at least, to pack a punch.

Like its more expensive counterparts, the Kraken X Lite headset does look rather sleek and stylish. The grey and black of the two-tone colouring offset each other nicely, helping to maintain that sense of style throughout the entire product.

As is the case with all Razer headphones, the sheer volume of padding is striking. The ear cushions fit tightly and snugly, which really does cement you right in the middle of any battles or prog-rock soundscapes you happen to be involved with.

The overall build of the Kraken X Lite is robust and the hard plastics feel sturdy and pleasant to the touch; there’s no doubt about the build quality of these headphones, especially given the price point.

Razer’s decision to use a retractable microphone means that it’s easy to shift it away from your face when swigging your drink. It’s extremely flexible, a welcome change from some of the other retractable mics I’ve had the pleasure of dealing with in the past.

There’s a decent-length cable too, which means you’re not tugging on the wire for dear life when strapped into those long gaming sessions. These headphones work with anything as long as it’s got a 3.5mm audio jack – consoles as well as phones or laptops. It works on my MacBook Air absolutely perfectly. If you prefer, there’s a splitter cable included, which increases cable length even more, and also opens up the possibility of using the Kraken X Lite on devices with separate audio and microphone channels, such as a dedicated gaming PC. 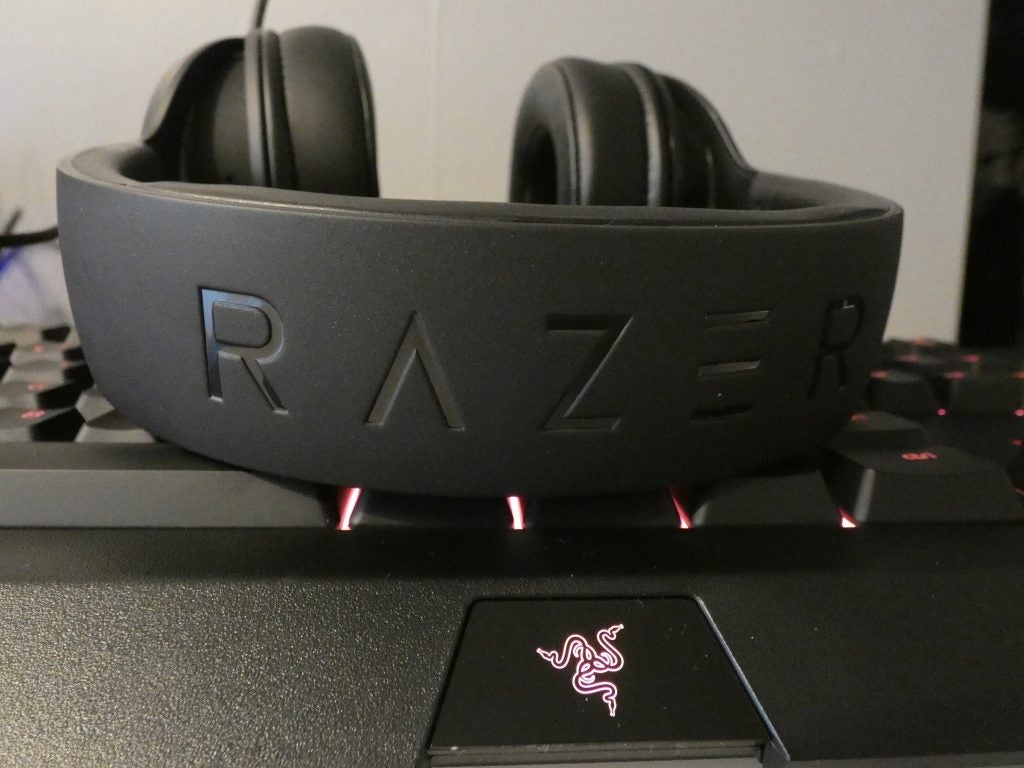 For a pair of headphones at the lower end of the price range, I was pleasantly surprised by the Kraken X Lite. For the money, you get a sharp soundscape with a great volume level.

Despite the lack of on-board controls, the volume level of the Razer Kraken X Lite, especially when cranked up to the max, is enough to blow your eardrums out. You don’t need these to be at peak volume, but it’s nice to know there’s a good range of sound.

When gaming, the stereo sound made it easy to hear an opponent’s footsteps or the sound of aimless gunfire. There’s enough bass to pick up the sound of an incoming grenade (and the accompanying explosions) and plenty of scope to hear an entire battle unfold.

Using the Kraken X Lite for listening to music, there’s a great sense overall. It was easy to pinpoint the location of instruments and vocals, although some vocals were a tad fuzzy on a closer listen and the bottom end, on some songs at least, did feel a little lost. As these are stereo headphones, you’re able to pinpoint issues like this. And the Kraken X Lite also has another party piece. In the box you’ll find an access code to Razer’s 7.1 Virtual Surround Sound system, which works with an app that you download from the website. When it’s enabled, it changes the audio profile completely, thrusting you into the centre of Abbey Road Studios for The Beatles’ last hurrah on The End, or on stage next to Brian Johnson for an AC/DC gig.

It’s a nice little function, and does amplify sound a little more, making individual parts that bit more prominent – and it’s a big help when gaming, amplifying sounds of movement or fruitless gunfire.

Sure, these headphones aren’t designed for ardent audiophiles, but for general gaming or day-to-day listening to your playlist of banging tunes, they’re perfectly usable. 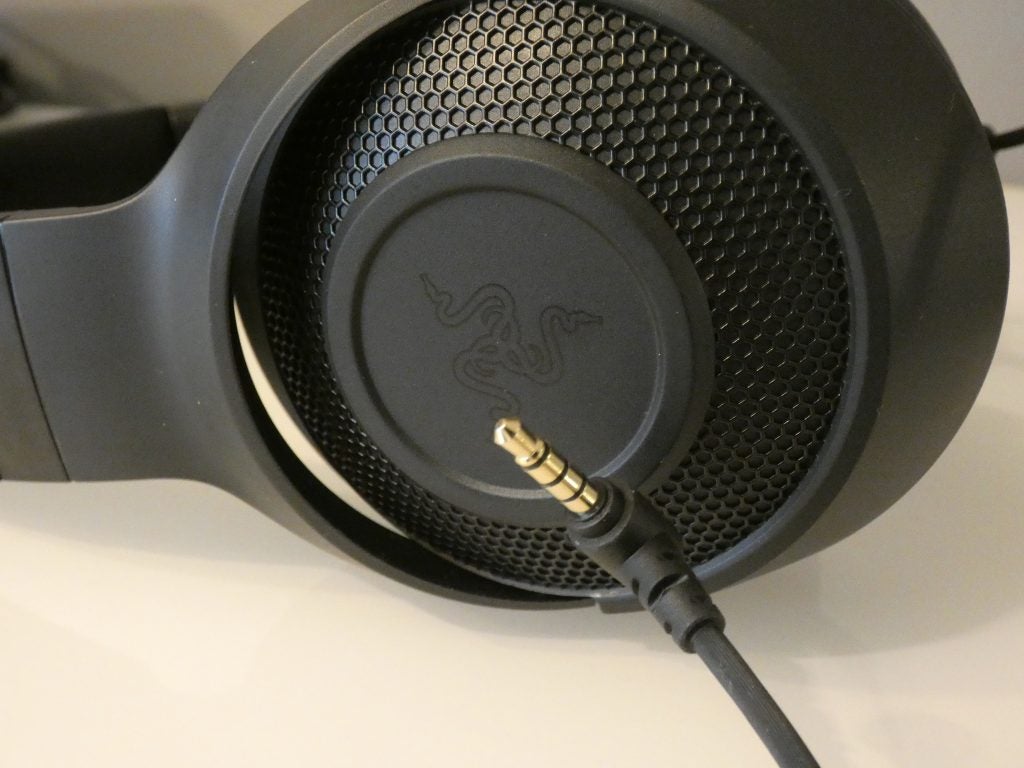 Razer’s decision to utilise a cardioid microphone on the Kraken X Lite, like a lot of its other headphones, means that sound from what it’s aimed at (ie your own voice) is picked up most, and sounds from the back and sides are less prominent.

Both through standard recording and while playing with friends, the microphone certainly did a fantastic job of picking up my voice and cancelling out the blaring music from the next room.

My voice, on listening to the audio playback, was both clear and crisp, and the actual volume needed no changing to suit; it’s at a decent level already, which minimises the need for shouting over that mistaken pass on FIFA 20’s Pro Clubs mode. 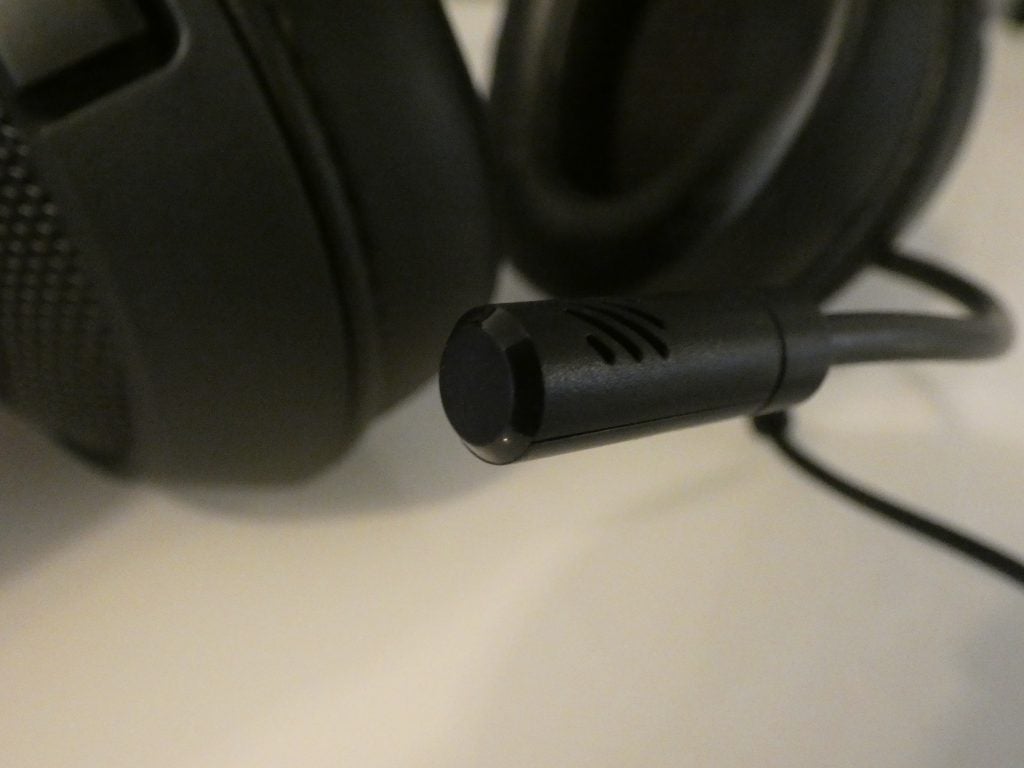 Should you buy the Razer Kraken X Lite?

It’s pretty hard to argue with what you get for the money with the Razer Kraken X Lite. If you haven’t got a gaming headset and want something on a budget that’s a brilliant starting point, then these are the headphones for you.

Razer’s reputation for decent headphones is enhanced by the Kraken X Lite, which makes everything that little bit more accessible. For the money, you’re getting an immersive, really comfortable pair of headphones with a good microphone.

The Kraken X Lite headset ticks all the right boxes for headphones and its capabilities greatly exceed its price.