It’s unfortunate, but the first thing I noticed about the Chroma wasn’t how good it feels under the fingers – it’s the racket that Razer’s mechanical switches produce.

This is one of the loudest keyboards I’ve ever used. The high-pitched clack of the keys precludes the Chroma from office or living room use, but I’d certainly recommend it for competitive gaming – the sheer noise might put off the competition.

Put in some earplugs  and the Razer’s quality comes to the fore. The Razer switches are closest to Cherry MX Blue hardware, with initial resistance during the key-press followed by a firmer impact as the key bottoms out at the base of its actuation range. That first bit of resistance produces a deeper, quieter noise, with the loud clack following when the keys bottom out. 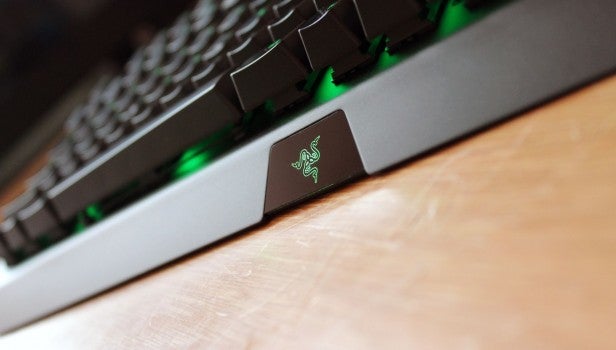 It’s obvious when the Razer’s heavy-duty keys have bottomed out, and there’s more travel here than on the low-profile M800. This isn’t necessarily a downside, however: it all depends on whether you prefer the heftier and more traditional feel of the BlackWidow or the shorter, laptop-style keys of the SteelSeries Apex M800.

The traditional design makes the keys feel heavier and firmer than those on the M800 – but, perhaps, a little slower. I didn’t have any problems during intense gaming sessions, but competitive players more familiar with the nuances between different switches will certainly develop their own preferences.

The Chroma’s keys are weighty and consistent, with a decent range of travel and a firm, reassuring action. That’s all good, even if mechanical keyboards can be extremely subjective, and I didn’t encounter any problems maintaining a grip on on the keys in the heat of battle.

Should I Buy the Razer BlackWidow X Chroma?

The BlackWidow X Chroma is a small, focused product that concentrates on the keys themselves.

Razer’s own mechanical buttons offer a traditional typing action that provides a keen balance between Cherry-based units and its main rival from SteelSeries. The Razer’s keys are a little easier to press than most Cherry buttons, but they still retain the firm, high-travel feel of a mechanical keyboard when compared to the M800’s slimline design

The high-quality keys are undermined by inconsistencies elsewhere, however. The steel construction is strong but its minimal design means the Chroma lacks features such as USB ports and dedicated macro keys. 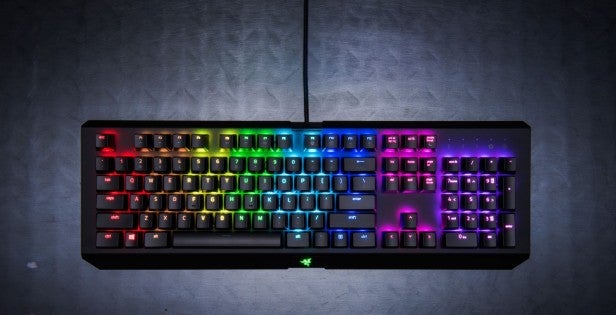 There’s no getting away from the price, either. At £140, the BlackWidow X Chroma is a tad cheaper than the full-fat Chroma model, but it’s also the same price as the M800 – the rival with the softer keys and added features.

Razer’s latest keyboard is a great option if you’d like a focused, traditional mechanical keyboard that will withstand life on the road. Bear in mind that more features are available elsewhere, however – and that Cherry-based units are often cheaper, too.

The BlackWidow X Chroma is a pared-back slab of metal whose focus is the keys, and although they’re high-quality units that resemble classic CherryMX hardware, they’re also louder than most. This expensive keyboard is a decent option for proper mechanical gaming, cheaper and more feature-packed options are available elsewhere.