This is QNAP’s big pitch to be part of your living room. A two-bay NAS which looks like it belongs beside your Blu-ray player or cable box, packs a wealth of media functionality, HDMI and no fan for silent operation. It all looks good on paper, but with the Synology DS415play already doing a fine job in this space being good on paper is only the start.

Simply put the HS-251 doesn’t look like a NAS and it isn’t meant to. The matt, brushed black top and glossy magnetic sides and front cover (which hides the drive bays) mean it immediately looks at home beside other AV kit. It is better built than some of them too with a rigid construction and a reassuringly weighty presence – it weighs 2.8Kg with drives added.

On the flip side the HS-251 is also about as generic looking as AV equipment can be and the NAS itself has no LED display or even activity lights to let you know what’s going on. This is a NAS designed to sit under your TV and not distract you and it won’t compromise anything to achieve that aim.

But what makes you want to put the HS-251 under your TV in the first place? In short: a pretty compelling feature list.

The driving heart of the NAS is an Intel Celeron 2.41GHz CPU and 1GB of DDR3 RAM. The former’s dedicated instruction set means the HS-251 can handle media transcoding on the fly like the Atom-based DS415play. It backs this up with a wealth of physical ports: 2x Gigabit Ethernet, 2x USB 3.0, 2x USB 2.0 and HDMI.

The fact the HS-251 only packs two 3.5in drive bays will disappoint some given its 302 x 220 mm footprint is larger than four 3.5in drives, but it looks to make up for this with a wealth of functionality.

Predictably media is at the heart of this and along with real-time transcoding the NAS has an XBMC-based multimedia player with wide codec support across video, audio and images, a well stocked third party app store and mobile apps for iOS and Android. QNAP also keeps up with rivals by offering a ‘personal cloud’ with shared folders remotely accessible via ‘myQNAPcloud’.

One fly in the ointment though are the limited RAID options. Just single disk, JBOD and RAID 0 and 1 are available and there is no dynamically expandable QNAP equivalent of Synology’s Hybrid RAID, Netgear’s X-RAID or Drobo’s BeyondRAID. These allow different sizes of drive to be added with the volume expanding dynamically.

By contrast the HS-251 requires drives of identical size to be added before expansion will happen and the space on larger drives that are added will be wasted. This is a significant downside for a NAS with such a consumer focus. 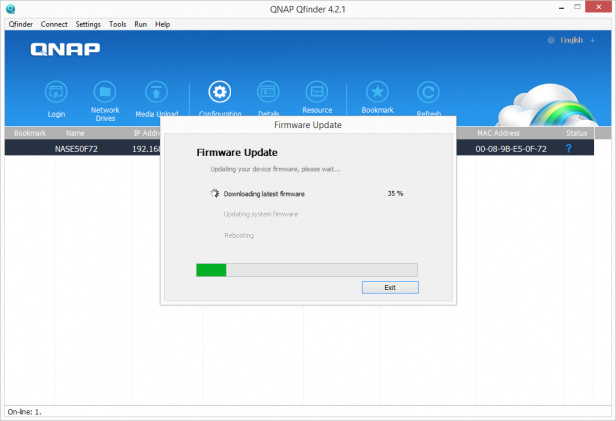 Where QNAP regains our confidence, however, is its setup procedure. The drives are not tool-less like some competitors, but screwing them in doesn’t take long and once plugged in and switched you simply type ‘start.qnap.com’ into your browser to begin the setup wizard.

The so-called wizard is actually slightly deceptive as it is merely a web page with links explaining the setup steps required and guiding you through which ones your particular NAS will require. By contrast Synology’s sector leading process immediately starts NAS detection, but regardless QNAP still provides a slick experience. 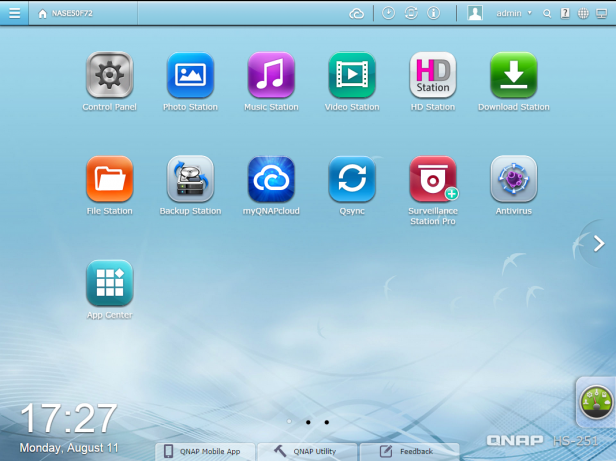 As it turns out the HS-251 requires the QNAP Qfinder to be downloaded for detection to begin, but once that has spotted the NAS it pings you back into the browser to set your username, password and RAID type. You will also setup remote access to the NAS for accessing your files. All in all you can be up and running within 15 minutes.

QNAP also deserves great credit for its user interface. The company takes a similar approach to Synology in mimicking a computer desktop and the Mac OS influence is even stronger. Where it falls down compared to Synology is the lack of a dynamic search box which accepts plain language queries, but it remains incredibly intuitive and looks great. It may not be the best UI on the market, but it comes in a close second.