The PS Vita Slim is the second-generation Vita games console. However, not a great deal has changed since the first: there’s still a 5-inch screen and the same button layout, but it is thinner and lighter by a considerable amount.

Sony has swapped the OLED screen of the first Vita for an LCD, in order to make the console cheaper to produce. We don’t benefit a great deal, though, as the Vita Slim retails for £179.99. That’s considerably higher than you can currently get the original PS Vita for.

However, it is a decent, if not all that exciting, replacement for the first Vita.

If you want a closer look at what the PS Vita Slim looks like, check our our video of the handheld below.

The first thing original Vita owners will notice about the PS Vita Slim is how much lighter and thinner it is. Sony has sliced 20 per cent off the weight, bringing the Slim down to 219g. This makes it the lightest dedicated handheld console on the market, including the Nintendo 2DS and its siblings.

Lighter weight makes the Vita more comfortable to hold for long periods of time, but it feels unnaturally light first. However, it is more portable, and fits into a coat pocket much more easily than the original. This is because of a slimming-down of the bodywork. The Vita Slim is just 15mm thick, down from 18mm in the original. This is a welcome change. 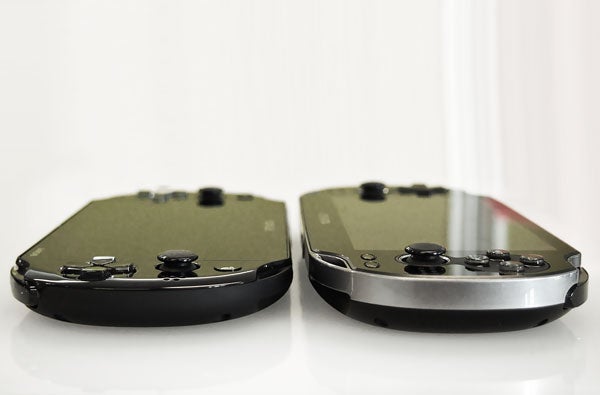 The finish of the rear has been changed from glossy to soft matt plastic, and Sony has made the design a little more curvy and palm-friendly. The finger grips around the back have also been enlarged. These design touches make the Vita Slim much more tactile and pleasant to hold.

We strongly advise you invest in a case for the new Vita Slim, though, as even after a few days it had picked up some scratches and nicks on the back. It wasn’t kept in a pocket with keys or coins either.

The rear touch panel has been reduced by around 30 per cent to avoid accidental prods, and is still as glossy as the original, giving the same feel. If anything, though, we find that we accidentally press the rear panel more than ever, due to the Vita Slim’s smaller and thinner design. 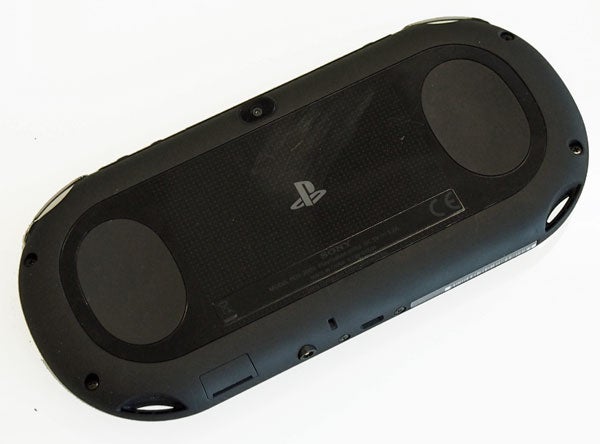 Several of Sony’s changes to the Vita blueprint are there to make the console cheaper to produce, but the overall build quality of the Vita Slim is solid. It doesn’t feel like a cheap imitation of the original.

However, the Slim does lack some of the design polish of the original in some areas. There’s a visible seam around the new LCD screen where the original was fully flat and the light-up Home button of the original Vita has been replaced by a more prosaic pair of LEDs on the top of the console – indicating power and Bluetooth. 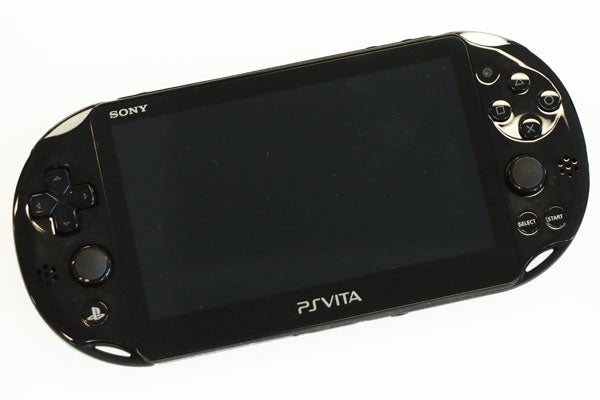 In other areas, though, the new model looks neater. The unused port next to the game card slot on the original Vita has been removed, and the game slot has been moved to the centre of the top of the console. There’s greater symmetry this time around.

On the bottom of the Vita Slim are the headphone socket and the memory card slot, also hidden by a dust cover. One of the best design changes is also down here – the power port. The proprietary power supply port of the first Vita has been replaced by a microUSB port. If you have an Android or Windows phone, you’ll no longer need a separate Vita charger – they too use the microUSB standard.

It charges fine with a third-party smartphone charger and a microUSB cable plugged into an iPhone charger. However, it wouldn’t charge from a standard laptop USB port, which was quite disappointing. It’s likely that it will work with high-power USB ports, though. 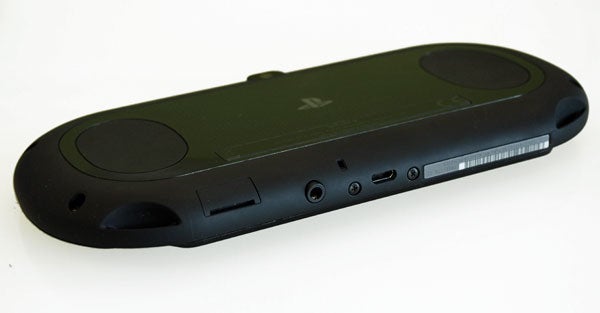 The Vita Slim’s buttons have been redesigned. They sit in exactly the same place, but the Home, start and select buttons are now round, rather than ovals, and the latter two are more prominent and easily accessible than before.

The speaker grilles have also been redesigned to match the other cosmetic design tweaks, but seeing as the internal components are still the same, the audio between the two models is almost identical. It’s crisp and clear, the lacks bass. But this is easily rectified by donning a decent set of headphones. 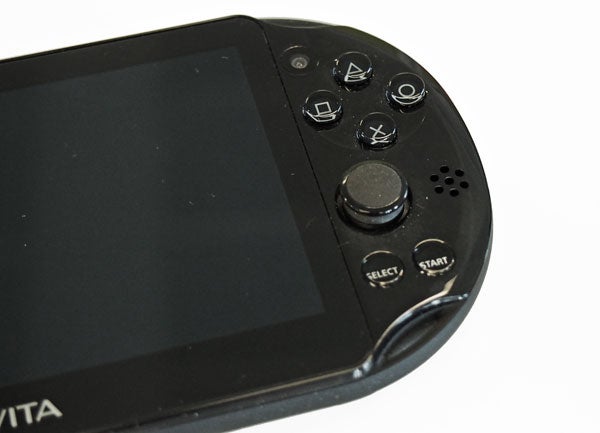 The analogue sticks seem tighter than the original Vita and the buttons have a more defined click, but it may be that our original model has just been affected by years of gaming. The shoulder buttons are also unchanged and feel just the same as in the original model.

The front-facing and rear cameras aren’t quite up to smartphone standards, but they are well used in games like Tearaway, for augmented reality mini-games and for apps like Skype.

Next
Screen and Battery Life Review