The original Vita’s beautiful OLED display was one of the key reasons to buy a PS Vita, rather than a 3DS, when it launched in 2012. Its bright colours, excellent black levels and fantastic motion handling deserved praise. However, as one of the most expensive hardware components of the handheld console, the OLED display has been switched for a cheaper LCD panel in the Vita Slim.

The 960 x 540p resolution and 220ppi image density are the same, but there are other implications of switching screen technology. 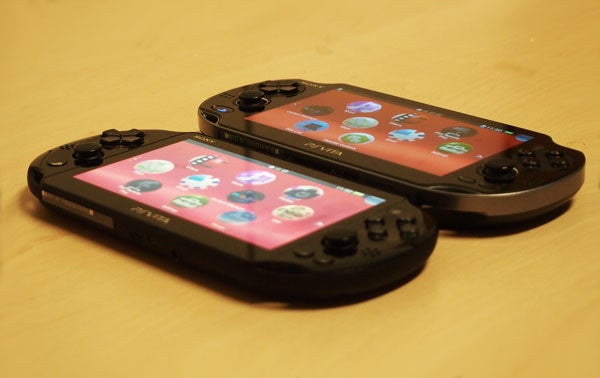 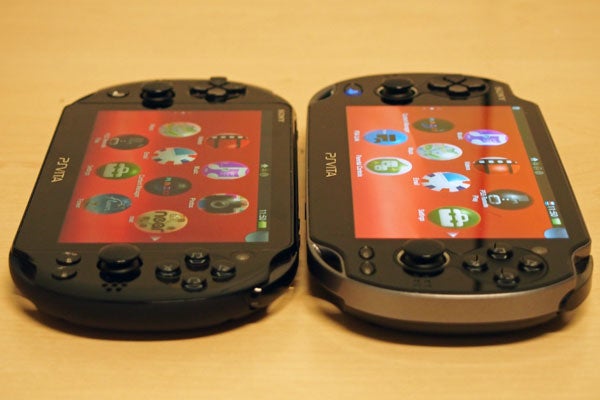 It’s worth remembering that the Vita is designed to be used by one person at a time, so you may not be bothered by the slight decrease in viewing angles, as you’ll rarely view it from any other angle than straight on.

Viewing angles aside, the major difference between the LCD display of the PS Vita Slim and the original’s OLED panel is colour reproduction. And it is fairly obvious.

Colours are much less vibrant than in the original Vita. This is especially noticeable on deeper colours like red and blue. Contrast is distinctly diminished too. The blacks on the original PS Vita were deep and inky, but the PS Vita Slim presents blacks more like dark grey, particularly in dimly-lit rooms. 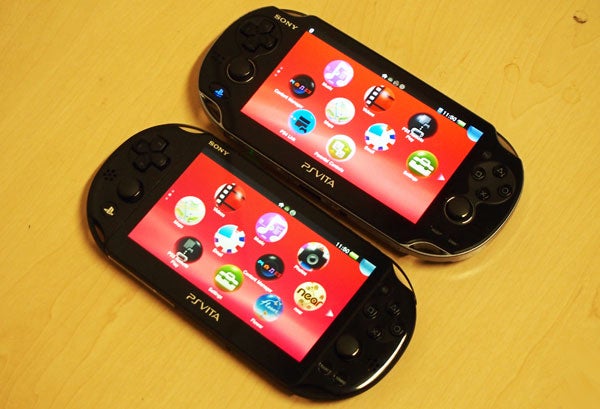 Red tones clearly pick up the difference between the two Vita screens
(Vita Slim below, original above)

On any device, there will always be a marked difference in the colour reproduction between OLED and LCD panels, so this isn’t a problem of the PS Vita in particular.

The PS Vita Slim’s display does appear brighter than the original, but this is at the expense of a vibrant colour palette.

When compared side-by-side the difference in colour reproduction, motion handling and contrast ratio with the Vita Slim is palpable, but this isn’t to say the screen is terrible. Its picture is crisp and clear – it’s just not as good as the old OLED.

However, the differences are only truly evident when the Slim is placed next to the original. Once you’re immersed in one of the PS Vita’s great games, you’ll soon forget about the LCD display. 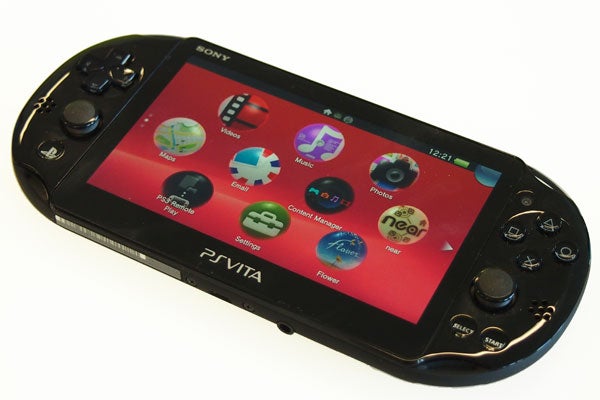 In isolation, the LCD screen is perfectly good

Sony claims that the PS Vita Slim offers around six hours of continuous gameplay, up from the original’s four hour average battery life.

In testing we got just over six hours of intense gaming out of the Vita Slim using a 75 per cent backlight, playing three different games (Killzone: Mercenary, Tearaway and Gravity Rush) and running background indie game downloads simultaneously.

For a second battery test, we took it a bit easier. We used the Vita Slim for over an hour each day, performing downloads
and playing audio through Bluetooth headphones on the train. The Vita Slim still showed around 50 per cent battery after three days, and was still going strong on the fourth day. This is is a great sign for commuters.

Thanks to the microUSB charge socket, you can also charge the Vita Slim using an external battery designed for phones or tablets. Its much more convenient to charge up than the first Vita.

One of the new features of the PS Vita Slim is the 1GB of internal storage – there is no accessible memory in the old model. You’ll get full access to all of that 1GB of memory too, as all the Vita software is stored separately.

Although 1GB may sound like a lot, what you can actually fit onto it is rather limited. You can fit 2 – 3 indie titles into 1GB, but if you’re hankering over one of the PS Vita’s AAA-titles, such as Tearaway or Killzone: Mercenary, you’ll need to buy one of Sony’s proprietary memory cards. Top-end Vita games take up as much as 4GB.