The Poco X3 Pro is a very capable cheap phone that should be a hit among gamers on a budget, thanks to its punchy processor and strong screen. The camera doesn't reach quite the same giddy heights, but overall it's a very tempting package if you're on a £200 price limit.

Xiaomi’s sub-brand Poco struck gold a last year with the Pocophone F1, which became a major cult hit thanks to the inclusion of unbelievable specs for the price. The X3 Pro is its attempt to recreate that magic, by pulling the exact same trick.

Poco X3 Pro Design — Loud and proud, but practical too

The Poco X3 Pro is not a subtle smartphone. My review unit was undeniably large. This plus its vivid blue coloring and large brand name emblazoned across the back underneath a chunky camera module, means you’d struggle not to notice it.

That’s not necessarily a bad thing by any means. It’s refreshing to see a device that wants to stand out, rather than blend into, the crowded best Android phone market. 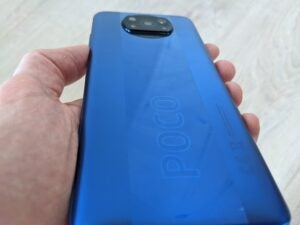 The rear of the handset has matte stripes at the sides with a reflective centrepiece. It’s available in Phantom Black and Metal Bronze as well as the Frost Blue review sample that I have my hands on.

It’s flash, but I like the boldness from a firm that wants to put itself on the map. However, the massive Poco branding is a step too far, even for me.

When it comes to the practical touches, the X3 Pro gets it all right aside from the lack of an IP rating. There’s a 3.5mm headphone jack, USB-C connector, and expandable storage up to 1TB. A fingerprint sensor is overlaid on the power button at the phone’s side.

The screen is big, clocking in at 6.67-inches, and it has a slim bezel running around the outside with a centralised holepunch selfie camera at the top.

The size of this handset makes it ideal to watch a few videos or even some full TV episodes – something I have been doing a lot since I started reviewing the phone. If you’re used to a higher-end display then you’ll notice that colours don’t seem to have that same bursting vitality you get with more expensive flagship phone screens. Pop open some content on Netflix on an OLED-toting phone like the £399 Samsung Galaxy A52 and the difference is big. 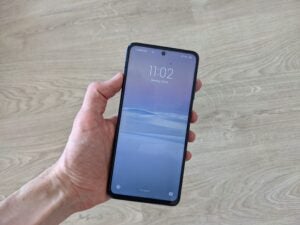 The resolution is Full HD+ (so a touch taller than 1080p) and it’s got HDR10 support, but it’s LCD so the contrast will never be as good as its OLED counterparts. This is due to AMOED’s ability to display perfect blacks. HDR (high dynamic range) is a standard/technology that makes images and video captured in the right standard look more immersive and dynamic.

The lack of killer contrast offered on LCD is a common compromise you’ll find on every phone this priced and it’s especially forgivable when you consider the phone’s refresh rate. With a 120Hz display refresh rate and a 240Hz touch sampling rate, this device’s display is ultra-responsive and puts many more expensive handsets to shame.

Scrolling is very smooth when the enhanced refresh rate is turned on (you’ll have to switch this on in Settings, as it’s on 60Hz by default to save juice), and the touch sampling rate should give competitive gamers an edge.

When it comes to cell capacity, 5160mAh is very generous no matter whether its a cheap phone or an expensive one. And after all, if you’re going to be running a 120Hz display then you’ll want every battery boost you can get.

In my experience, using the phone with 120Hz enabled, the battery life was good and reliable for a day’s usage, but it was not exceptionally enduring. If you think you’ll be getting a couple of days’ heavy usage out of it, you’re probably mistaken.

The phone can be topped up with a 33W charger, which should ensure a rapid recharge. Our review unit was supplied in the box with a two-prong European plug, so we can’t give an official opinion on how the UK plug will perform but Xiaomi has impressed before with its quick charging speeds. There’s no wireless charging.

The Snapdragon 860 chipset makes its debut on this handset, and it seems like quite a coup to have a processor this powerful on a budget device.

It doesn’t deliver 5G, but it’s easily good enough to power through daily tasks and I didn’t have any trouble with the numerous mobile games I loaded up. Thought to be based on a flagship processor from previous years, it’s hard to imagine getting better silicon for the price. 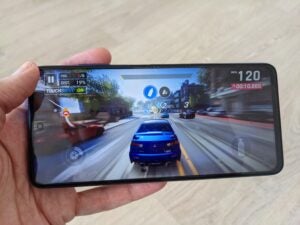 From my experience with the phone I never once had a problem with everyday apps, all of them functioning just fine without a hiccup.

When it comes to software, Xiaomi reassures you before you even open the box: “with easy access to the Google apps you use most”. This is to distinguish itself from Huawei, which hasn’t had access to Google Mobiles Services for the last year. Here they’re all available on the full-fat Android 11 package, though you’ll have to deal with the heavy MIUI 12 interface.

As is Xiaomi’s won’t, there’s a ton of unnecessary apps pre-installed, and couple of ads pop up from time to time when you’re using the company’s apps.

I didn’t really find it all that intrusive, and it’s probably worth the trade-off in price, but do bear this in mind if you’re buying this for a child or somebody who might click a bit too impulsively.

The Poco X3 Pro has a hefty camera unit that’s composed of a main 48-megapixel sensor, two 2-megapixel sensors (one for depth, and one for macro images), and an 8-megapixel ultra wide lens. It may look and sound fairly impressive, but how does it perform against the best camera phones? 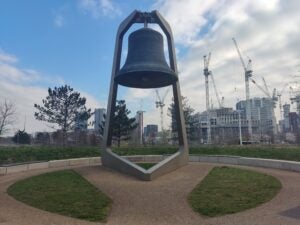 In clear daylight, I found that images from the main camera had decent but not exceptional levels of detail, but more than anything they just seemed a little washed-out, lacking a “wow factor” to make you take pride in your snaps. 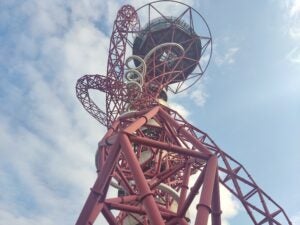 In fact, its performance in dark conditions actually impressed me more, as Night Mode functions relatively well to quieten down blown-out lights and restore more balanced colours to the palette, even if the detail isn’t stunning. 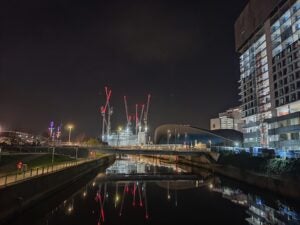 An ultrawide lens is often a useful tool to have just to fit more into your frame, especially if you’re shooting a landscape. The below image of the London Stadium gives a wider shot with a tad of distortion around the edge of the frame, but the image once again lacks any real punch, and detail is noticeably poorer than with the main snapper. 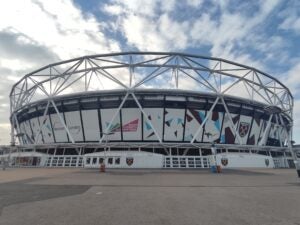 This image of a bridge (below) shows that the ultra wide can really struggle to deal with light in certain conditions, serving up another somewhat anaemic image. 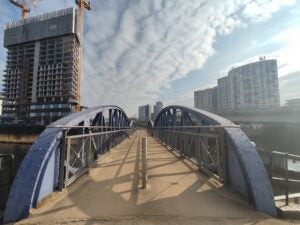 As mentioned, there’s also a 2-megapixel macro sensor. In all honesty, there are few occasions to put this to use at the best of times, but in the spirit of Spring, I chose a daffodil as my subject: 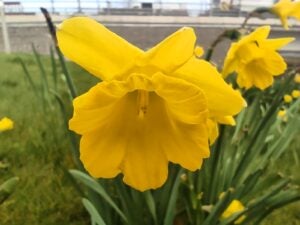 As you can see, detail is severely lacking here (not a surprise with a sensor of such low resolution), and so an option I’d rarely take advantage of anyway seems even less appealing.

The combination of price and specs will turn heads just as much as its gaudy design, and no wonder: for a base price of just £199/$TBC, it’s surprising to see both a high-powered processor and a super smooth screen enhanced to the tune of 120Hz. It’s powerful enough to handle pretty much whatever you need, and the large and responsive display is particularly adept when it comes to mobile gaming.

Some of the specs do somewhat flatter to deceive; the camera, in particular, is not quite as brilliant as it may seem on paper, and I didn’t find the battery to be quite as long-lasting as its 5160mAh capacity would have led me to believe. Yet this is still a very strong overall package for the price.

You should buy the Poco X3 Pro if…

You should not buy the Poco X3 Pro if…