While the home cinema world mourns the death of Pioneer’s revered plasma TVs, the company continues to channel its considerable AV expertise into the Blu-ray market through its joint optical disc venture with Sharp. The BDP-330 is its latest entry-level Blu-ray player, but despite its ‘affordable’ approach, Pioneer still reckons it’ll deliver the sort of performance that home cinema enthusiasts would sell their granny for.


Something else Pioneer has always prided itself on is build quality, and even at this price point the BDP-330 is a solidly made machine with characteristically sleek, suave looks. The step-up BDP-LX53 goes one better, offering the ‘Armoured Chassis Concept’ and a drive stabiliser, but even without it the BDP-330 feels rigid and robust.

As ever, Pioneer’s player is coated in the glossiest of gloss-black finishes, which makes the deck look deeply sexy from top to toe, while the neon blue light on the front oozes hi-tech allure. It’s also worth noting that the bodywork is much slimmer than Pioneer’s high-end decks.


An up-close inspection of the front panel reveals a couple of discreetly integrated buttons below the disc tray, including pause, stop and open/close. Elsewhere, the play and power buttons sit at either end and there’s a USB port on the front panel.


On the back the BDP-330 offers everything you need, provided you have an AV receiver with HDMI inputs (if not, we really think it might be time for an upgrade). We say this because there are no multichannel analogue audio outputs, so you’ll need an HDMI-equipped amp to enjoy HD audio formats like Dolby TrueHD and DTS HD Master Audio. Aside from an HDMI output, there’s a set of component outputs plus composite, analogue stereo and optical digital audio outputs.

Rounding up the sockets are an Ethernet port, providing a wired connection to the web, and a second USB port that allows you to plug in Pioneer’s optional Wi-Fi USB dongle, making it easier to explore the deck’s web-based features.


The Wi-Fi USB dongle (AS-WL100) will be available from September and will cost around £60. It supports 802.11b/g/n and the WPA, WPA2, AES and TKIP security systems. Because the BDP-330 is only equipped with one set of drivers that works with their dongle, you can’t use cheaper adapters from other manufacturers.


This brings us neatly to the most significant new feature added to Pioneer’s new players – YouTube access and RSS news feeds. OK, so players from other manufacturers like LG and Panasonic been able to stream YouTube videos for some time now, but its introduction to Pioneer’s range – a company whose performance-centric approach on previous players has left them surprisingly light on cutting-edge frills – is a fairly significant step. The player doesn’t throw DLNA media streaming from PCs into the bargain, so sadly BD Live, YouTube and RSS is all you get.


YouTube and RSS can be accessed either from the Home menu or from the icons plonked on the Pioneer splashscreen. Select YouTube and you get a very nicely presented interface, with the video screen on the right and options down the left and along the bottom. Sadly the cursor is sluggish to move around, which makes for a frustrating user experience, but at least the clips play with minimal stuttering and you can watch clips in HD (which may depend on your broadband connection). RSS news feeds run below the company logo on the splashscreen and keep you up to date with the latest developments from Pioneer in a variety of languages, which to be honest is fairly pointless.

Elsewhere, the BDP-330 can decode Dolby TrueHD and DTS HD Master Audio internally and output them as multichannel LPCM over HDMI, and when listening to music over HDMI, Pioneer’s Precision Quartz Lock System (PQLS) ensures that the stereo or multichannel signal (LPCM or bitstream) is transferred without any jitter. You’ll need a compatible Pioneer receiver to make it work though.


Another nifty feature is the ability to control the BDP-330 from your iPhone or iPod touch. Download the free iControlAV app and your Apple device is turned into a fully functioning remote, provided the deck has been hooked up to a web router first.


And if you’re a keen collector of digital music and photos, you can liberate them in your living room by connecting a storage device to the BDP-330’s front USB port. However, it’s disappointing to learn that there’s no support for video files at all, just MP3 and JPEG. With many cheaper players offering support for formats like MKV and DivX HD this is a real blow, and its ability to play back AVCHD from DVD is scant consolation. 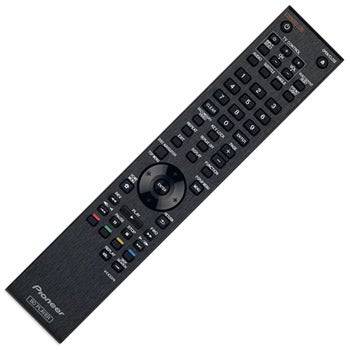 Also disappointing is the lack of picture adjustments, which has always been a key feature of Pioneer’s Blu-ray players, even its ‘affordable’ models. That’s not likely to impress enthusiasts looking to calibrate the picture for their demanding displays.


The BDP-330 is generally easy to use, but the operating system has taken a bit of a downturn since the last generation of ‘pureblood’ Pioneers. Access the Home menu and the moody greyscale graphics and jazzy fonts have been replaced by more rudimentary icons and lettering, which looks really dull.


It’s interesting to note that the structure and appearance of the menu system is basically the same as Sharp’s Blu-ray decks, with a few tweaks here and there. This suggests Sharp’s designers got first dibs on the menu layout, but someone from Pioneer should have spoken up a bit louder at the design meeting as their old system was infinitely more sophisticated.


It’s not all bad news though. We like the way Sharp’s menu system offers brief explanations for each menu option, and it’s arranged in a logical way. The remote is fine too, with coffee-table friendly looks and intelligent placement of the direction pad and the frequently-used buttons. That said, many of the other keys are too small and the zapper is remarkably long, which means you need to shuffle your hand upwards to reach the top buttons.

The player is reasonably quick to boot up, especially if you activate the Quick Start mode – another hangover from Sharp’s Blu-ray players – but disc loading is terribly slow. ”Terminator Salvation” started playing an epic one minute and 47 seconds after closing the tray. Not good.


The BDP-330’s pictures are worth waiting for though. With ”Angels & Demons” on Blu-ray, Rome’s ornate architecture looks as good as ever, thanks to the abundance of detail in the picture. Likewise shots of the gathering crowds outside the Vatican, in which you can make out individual figures with no trouble at all. The BDP-330 pulls every last pixel from the disc and transfers them to the screen in the cleanest, sharpest way possible and you can’t ask for much more than that.


Also impressive is the richness and solidity of the picture – blacks are deep and realistic, while excellent shadow detail and contrast keeps dark scenes looking crisp and clear. Ewan McGregor’s cloak, for example, isn’t a single shade of black – instead the curves and folds within it are easy to discern. The last piece of the puzzle is the natural, nuanced colour reproduction, which makes the picture look utterly believable however nonsensical the movie gets. 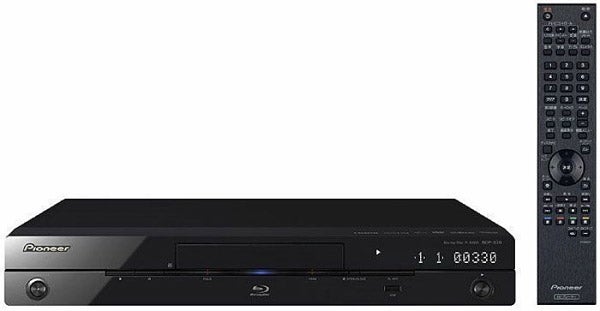 However, on a more objective level the BDP-330 isn’t quite as assured. The Silicon Optix HQV Blu-ray shows up a couple of processing flaws, such as strobing in the corner boxes of the Film and Video Resolution Loss patterns. On the plus side the jaggies tests look flawless and detail is sharp and stable during the pan across the football stadium.


It’s also an impressive DVD upscaler, tackling the DVD version of HQV with conviction. Moving diagonals are free from stepping, detail is crisp and definitive and the different video cadences are handled with impressive stability. This translates into very enjoyable movie playback, as a run-through of our ”Avatar” DVD demonstrates.


Sonically the BDP-330 does a superb job, not just with movie soundtracks but also music. Through the analogue stereo outputs there’s a warmth and clarity to songs that you don’t get from all Blu-ray players at this price. And when it’s rigged up to a good AV receiver via HDMI, hi-res soundtracks will blow you away.


Overall the BDP-330 is a well-built, great-looking Blu-ray player that performs its core duties well. But besides the addition of YouTube access and RSS feeds, there’s very little to get excited about, and as a result it doesn’t represent particularly good value – not when you compare it with decks like the Sony BDP-S570, LG BD570 or the Samsung BD-C6900, which are bursting at the seams with features and cost less than the Pioneer.


Had the BDP-330’s performance been significantly better than the competition it might have had something to recommend it, but sadly it doesn’t. In fact, as far as the Silicon Optix tests are concerned, its video processing is actually inferior to those cheaper players.


And without wishing to rub salt in the wound, you simply can’t ignore the slow disc loading times, regressive operating system, limited digital media support or the lack of built-in Wi-Fi and BD Live memory – all of which leaves the BDP-330 one for die-hard Pioneer fans only.