A spec-packed device that’s in need of a little more finesse before it’s truly ready.

The Phone for Snapdragon Insiders might not have the catchiest name around, but it’s a decent showcase for some of Qualcomm’s best tech.

I wouldn’t normally start a review by saying pretty clearly that you shouldn’t buy the phone. But the Phone for Snapdragon Insiders (let’s just call it the Snapdragon Phone from now on) isn’t really a device that’s going to sit on shelves next to the iPhone 12 Pro and Samsung Galaxy S21.

It’s being targeted at ‘Snapdragon Insiders’, those who are the biggest fans of the Qualcomm brand. Realistically, though, this is mostly a tech demo, showcasing features such as Snapdragon Sound and the latest version of Quick Charge.

Editor’s Note: I have decided against giving this phone a score, since many parts remain unfinished at this stage. The Snapdragon Sound tech and bundled earbuds aren’t final versions, and the camera is running older software than buyers will actually get.

However, for that outlay you get many more goodies than you would with a standard smartphone. Still, whichever way you look at it, this is an expensive device that probably isn’t quite worth the money.

The Phone for Snapdragon Insiders will be available later in August.

What is in the box?

While the phone is the star, there’s plenty more to the package besides. The device is meant to be a way of showing off the Qualcomm ecosystem, of which all the included accessories are a part of.

The highlight of the box is certainly the pair of Master & Dynamic MW08S wireless earbuds. Buy these separately and you’d be looking at spending around £300/$300, so they’re easily the best buds I’ve ever found included with a phone.

Matching the phone, the both buds come stamped with the Qualcomm logo. Is this subtle? Not really, but then those buying this phone are likely to be huge Snapdragon fans so this is unlikely to bother.

These buds support Snapdragon Sound for 24-bit 96kHz wireless audio. However, the pair I was sent with the phone are pre-production, and therefore the full skill set of Snapdragon Sound isn’t yet available.

A65W Quick Charge 5 plug and two very high-quality braided cables – one for the phone and one for the buds – is also included in the box. Finally, there’s a handy bumper case that adds some protection to the sides of the phone.

Right, that’s enough about the package – what about the phone itself?

While this device exists to highlight Qualcomm tech, it’s actually made by Asus. As a result, you’ll find numerous similarities between it and the excellent ROG Phone 5.

The screen, for instance, feels very much the same. It’s a flat Samsung OLED panel measuring 6.78 inches, with an FHD+ resolution and a reported 1200 nits of brightness. Like the ROG Phone 5, it has a very fast 144Hz refresh rate that will be welcome for gamers and Full HDR support.

It’s a really nice display, offering punchy colours and excellent viewing angles. It’s also one of the few panels whose flow isn’t interrupted by a notch or cutout for the front camera. This makes it excellent for watching videos.

I’m less impressed with the design of the phone. It’s big, pretty heavy at 210g, and generally very plain. It’s clear that the focus of the Snapdragon Phone has been the internals.

On the rear of the device you’ll find a Snapdragon logo that glows when the phone is in use. Thankfully, this can be turned off – but even so, it’s a sizeable logo, which is a bit too garish for me.

Just below this is the fingerprint scanner, which is actually quite a pain to use since it isn’t recessed into the back – it’s just a smooth, flat surface. Throughout my time with the phone, I have accidentally pressed it on numerous occasions.

The Snapdragon Phone has a slightly rounded look, and a dark matte blue finish with red highlights on the power button and surrounding the off-centre camera bump. It’s eye-catching, just not in the same way many of the best phones are these days.

For a phone that costs this amount, I’d expect an IP68 rating; but this is lacking, just like it is on the ROG Phone 5.

Even though this is a phone that’s supposed to highlight the best of Qualcomm, it’s actually powered by the now superseded Snapdragon 888 chipset. With the 888 Plus now present in a few phones, such as the Honor Magic 3, it’s a little surprising to not see it here.

Still, the 888 is a very capable chipset that makes for a fast phone that’s capable of easily playing the biggest and best games on Android. There’s also excellent 5G support across multiple bands and super-stable Wi-Fi connectivity.

As standard, you get 16GB of RAM and 512GB of internal storage. There’s no SD slot, but there are two SIM trays, both of which will support a 5G SIM.

Like the ROG Phone 5, the Snapdragon Phone is excellent for gaming. The big, 144Hz display is flat, making it easy to hold, and the speakers pump out excellent audio.

One spec that stands out is the 4000mAh battery. This is a fairly small cell when compared to many of the best Android phones, and I was concerned that with the 144Hz display running, it would drain very quickly. For the most part, my worries were proved right. I often struggled to make it through a full day without reaching for the (admittedly, super-fast) charger. In particular, bouts of gaming consumed battery life more quickly, even more so if you had that logo glowing.

In addition, the device would consistently become quite hot when I was pushing it – something I have noticed with quite a few Snapdragon 888 devices recently.

As I mentioned earlier, Snapdragon Sound will be fully supported on this phone by the time it’s ready for release, and it will be one of the first devices to offer this feature. This tech supports high-res 24-bit 96kHz streaming, low latency and more. Since the earbuds provided aren’t fully updated to support this tech, I’ll save my thoughts for the full review.

In terms of software, it’s a simple build of Android 11 that could have been plucked straight from any other recent Asus phone. There are a couple of installed apps, including one to manage and tweak the earbuds, and a nice Asus launcher that provides quick access to the Google Feed.

There is a trio of cameras on the back of the Snapdragon Phone. A main 64-megapixel unit with an f/1.8 aperture, a 12-megapixel ultra-wide, and an 8-megapixel telephoto. That zoom telephoto camera doesn’t have any fancy periscope lenses, with it instead offering 3x optical and up to 12x digital.

As with the Snapdragon Sound tech, I was told that an update will be incoming before the camera is truly ready to go, so my opinions could well change once that update arrives.

Hopefully, the update addresses many of the issues, since the photos I’ve taken so far are best described as “bland” – especially when you consider the price. You’ll get decent snaps outside in good light, with HDR turned on, but in bars and restaurants, the results are grainy and far below all the competition at £1000/$1000.

The ultra-wide is handy for landscapes – but, again, the results are fine in good light and barely acceptable elsewhere. This very much feels like a lower-end phone when it comes to the camera performance, at least in its current state.

The zoom camera is there if you want to get a little closer to a subject, and while the digital zoom removes just about all detail, the 3x optical is always welcome. It would have been nice for Qualcomm (as Asus) to match up the colours a little more across the three sensors, though.

I feel like a broken record here, but the 24-megapixel front camera again struggles in anything other than perfect lighting.

It’s a slightly better story when it comes to video, which can be shot in up to 8K resolution. There’s some clever focusing tech that tracks a subject, and this is especially handy for filming fast-moving pets. It doesn’t also keep a lock on, but mostly it works well.

Whether the incoming software update improves matters remains to be seen. In its current form, however, the Snapdragon Phone’s camera isn’t a very good camera unless you’re shooting in well-lit, outdoor environments.

I’m yet to be fully convinced that making this phone was a great idea for Qualcomm – and, in its current state, it feels a little unfinished. Hopefully, the promised updates to the camera will help improve the phone’s weakest point.

Qualcomm says this is a phone for its biggest fans, but really, glowing logo aside, it just feels like a high-end Asus with a box of added accessories. 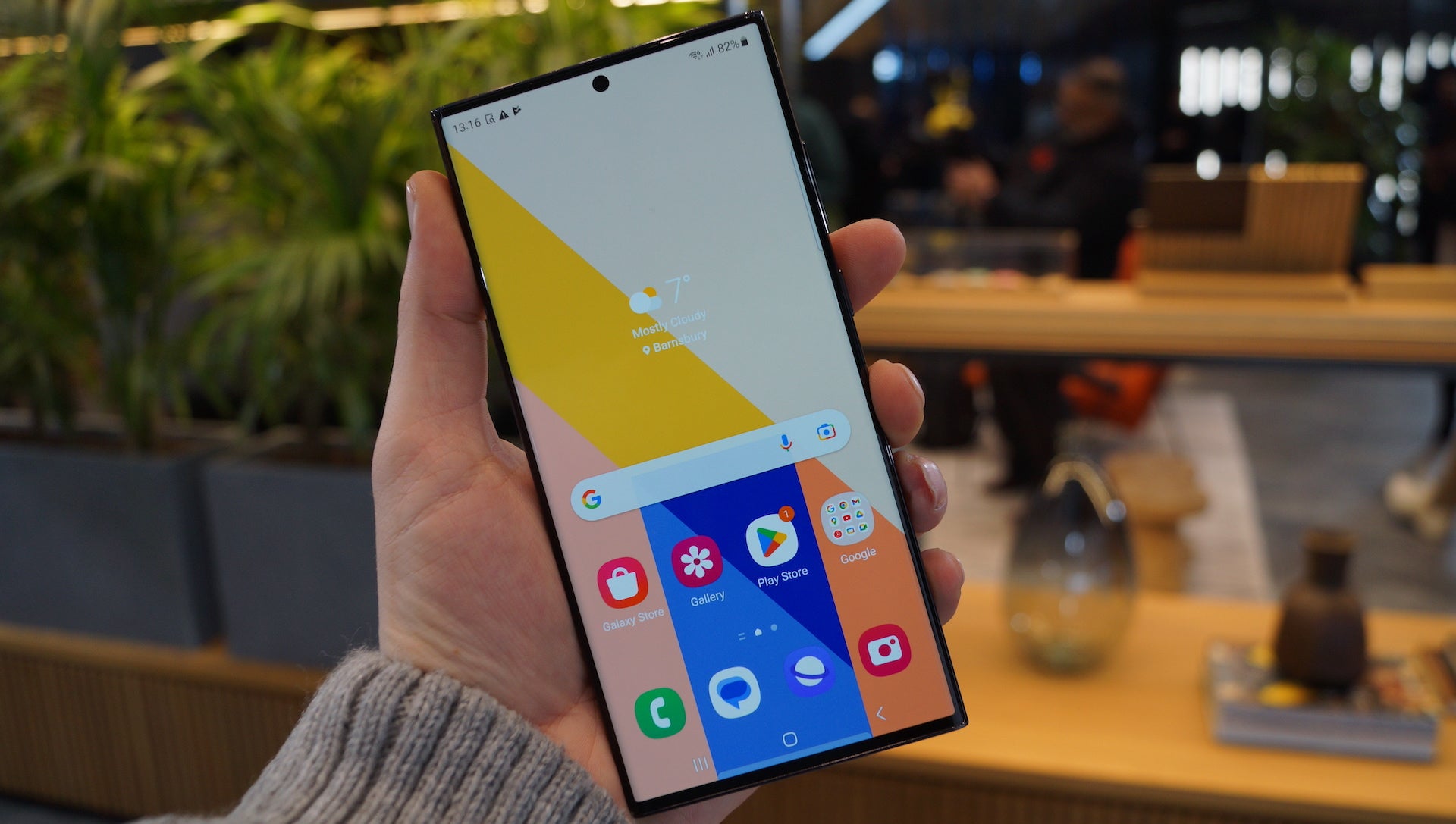 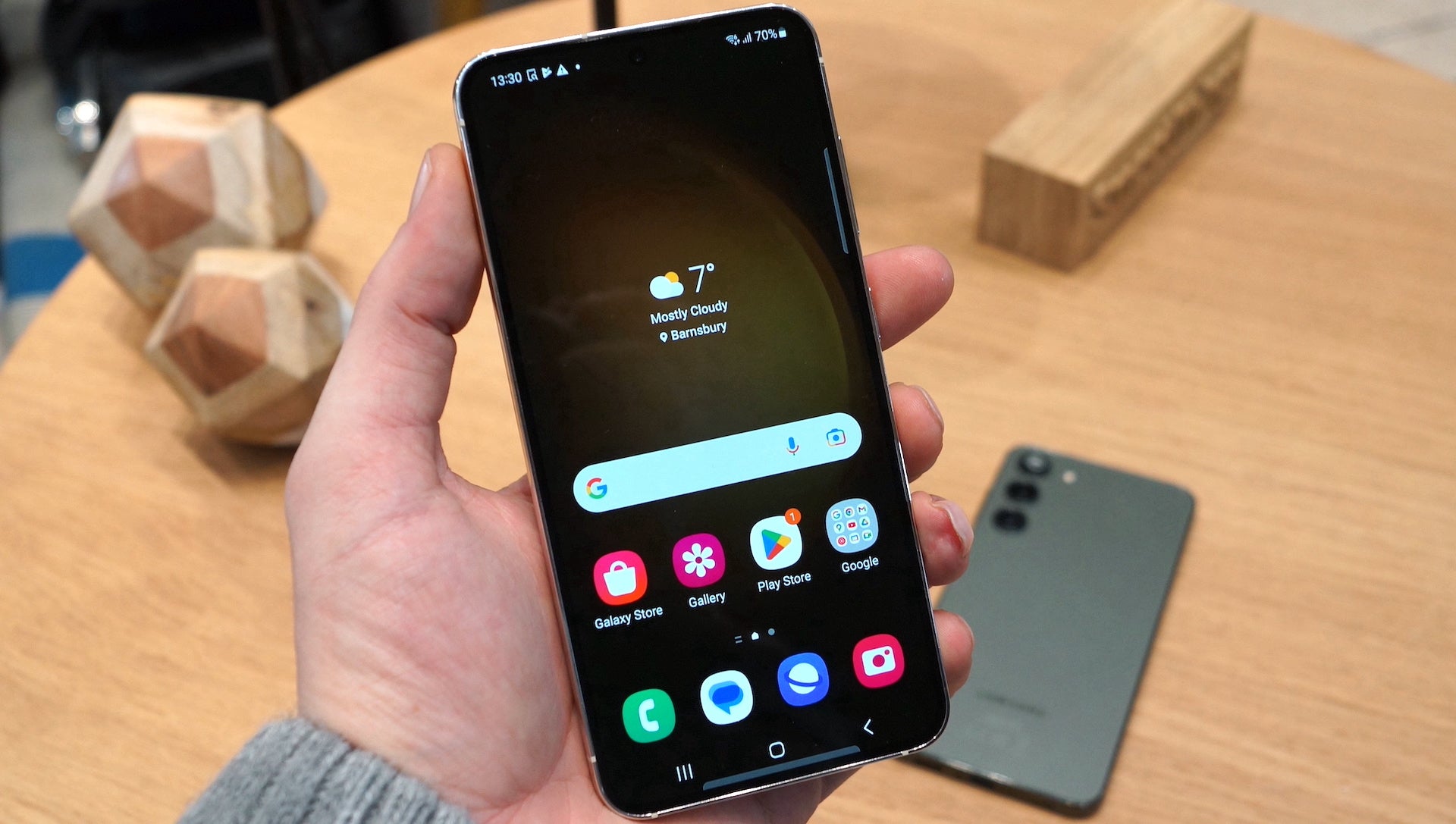 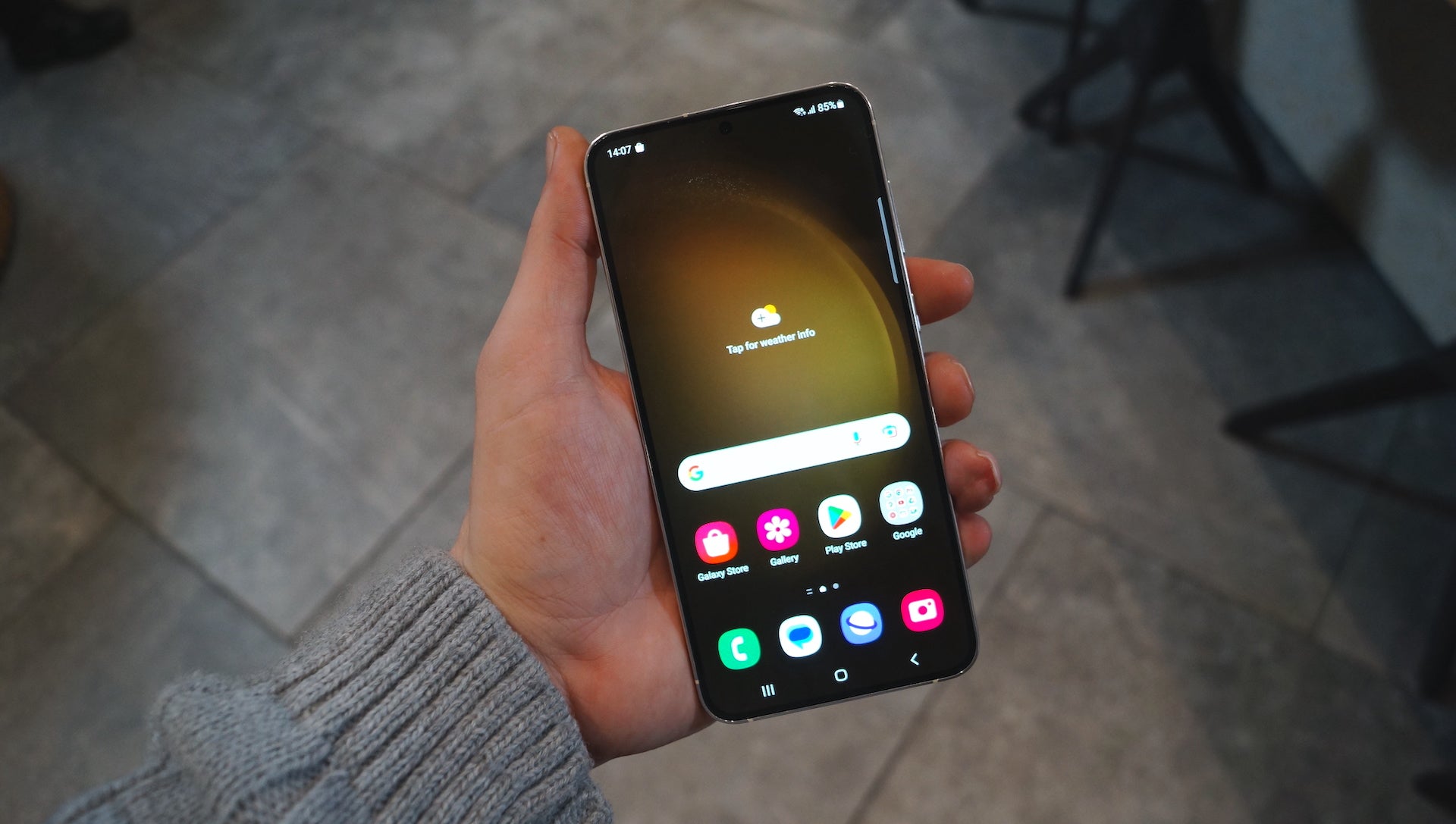 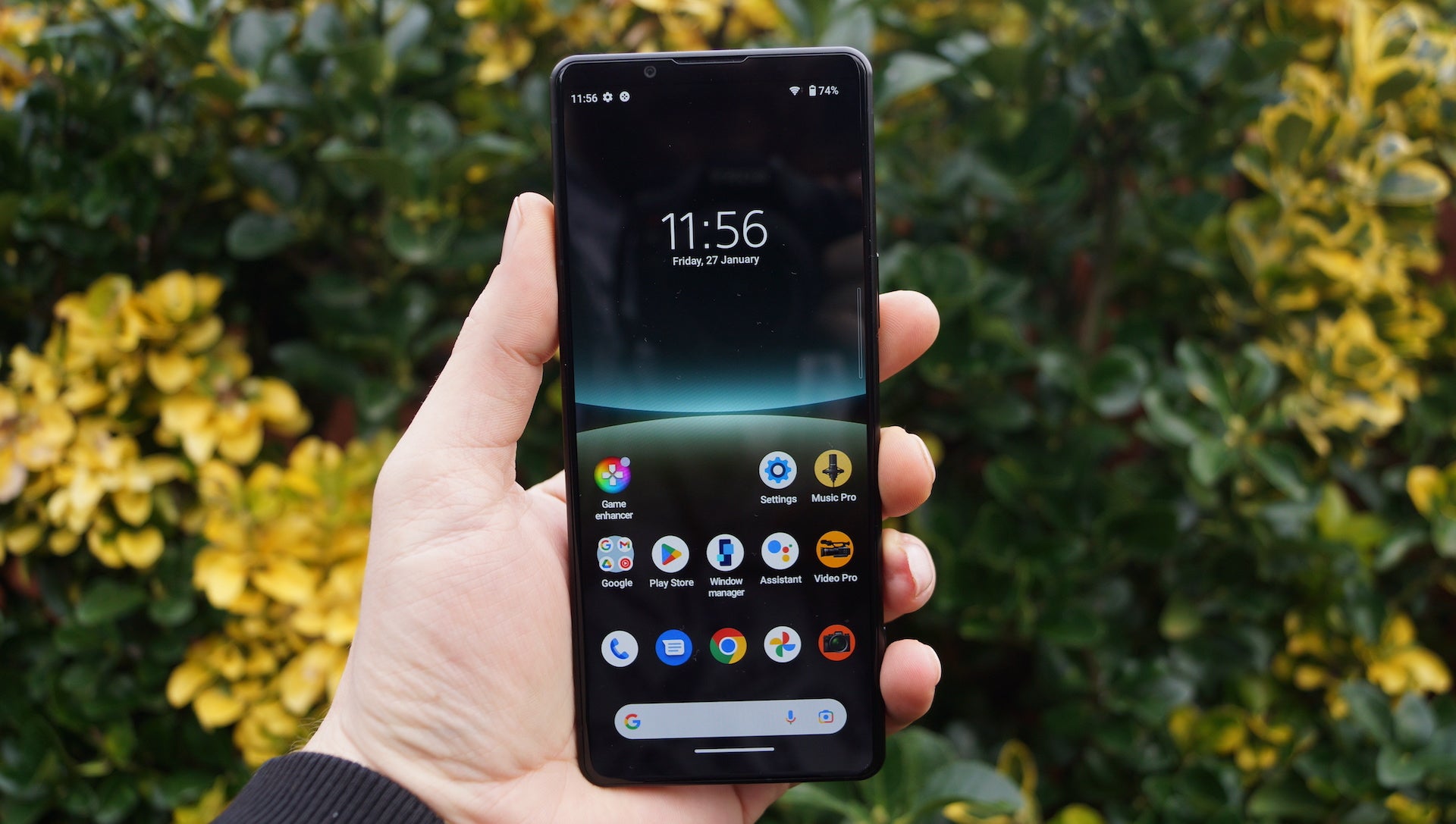 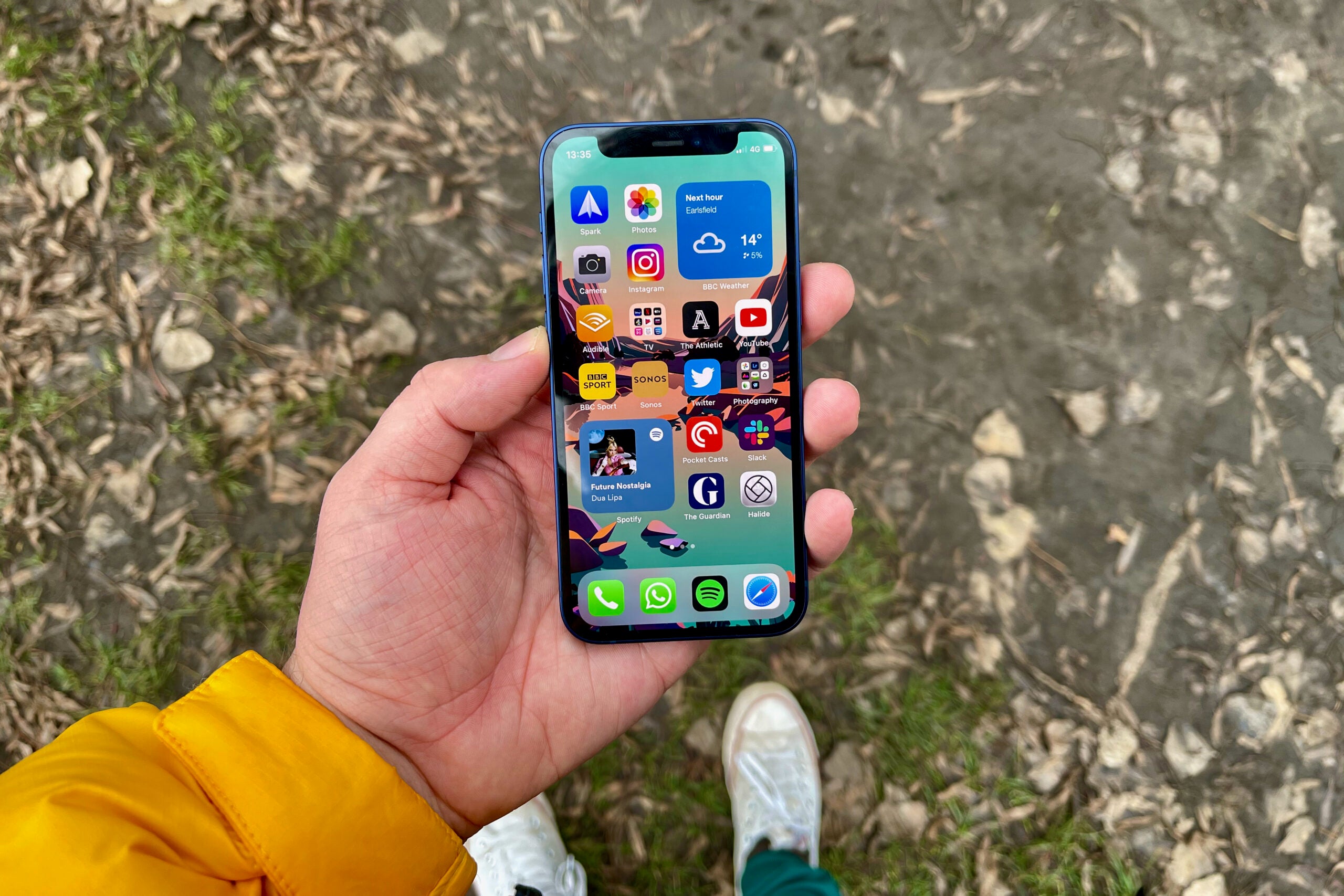 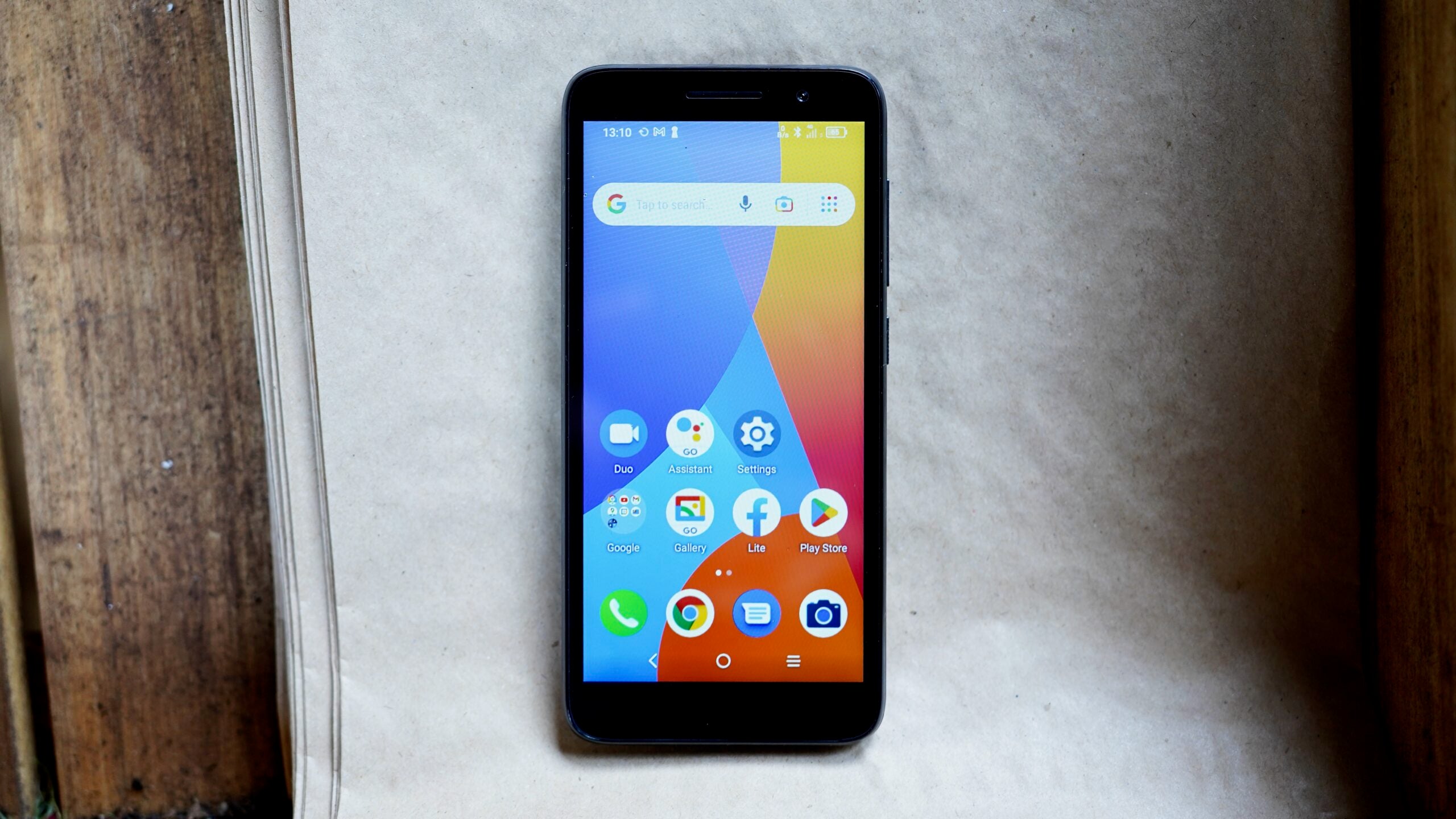 Is this phone 5G?

Who makes the Snapdragon Phone?

Does the Phone for Snapdragon Insiders have an IP rating?