The Philips SHE9105 are affordable
earphones, aimed at those wanting a set that’s a step up from those
supplied with their phone or iPod. For £30, you get fancier-feeling
aluminium-topped earpieces, a high-compatibility single-button
remote/hands-free housing and almost certainly much better sound.

With
a crowd-pleasing signature and a pretty keen price, they’re a great buy
– and they stand up fairly well next to the more expensive SoundMagic E50 and Sennheiser CX 5.00 earphones too. 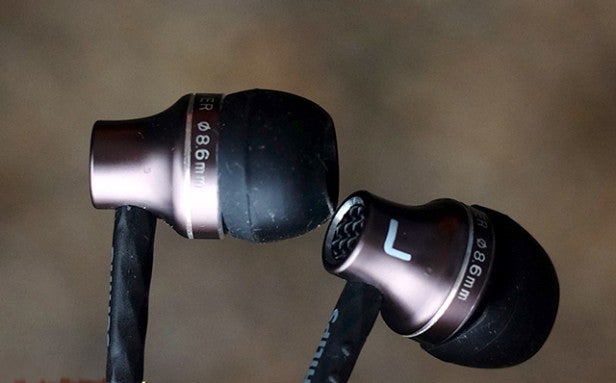 Philips SHE9105 – Design and Comfort

Philips
has a knack of making its entry-level earphones look like they
cost more than they actually do. I held that opinion of the
old Philips SHE9000, and the same is true of this pair.

The
Philips SHE9105 have a bronze-effect aluminium finish (other colours
available), with highlights of bare silver metal that resemble the
“diamond cut” effect you see on some top-end phones. Typical of a
cheaper earphones, the aluminium is just a shell on top of a more
conventional plastic base.

Visually, the only real weak point is
the rather large “L” and “R” signposting on each earpiece, but for once
you’ll be happy to learn that it isn’t made to last. After wearing them
for a week or so, part of it has already started to scratch off. 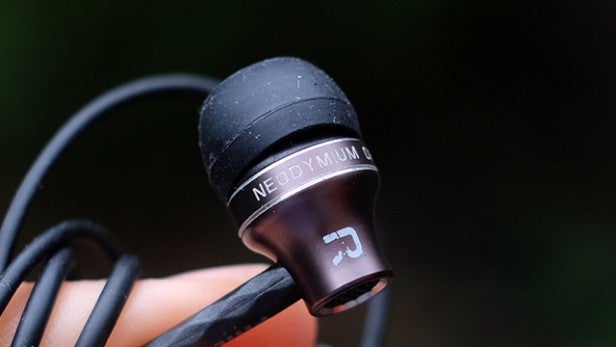 On
the very back of the Philips SHE9105 sits a circle of plastic with an
embossed, “woven” texture that hides a tiny port – a hole in the
enclosure that helps out with bass response. I doubt you’d ever notice
it was there unless you were looking for it: A smart bit of design.

The
Philips SHE9105 earpieces are tiny, and they use a stiff bit of plastic
at the top of the cable to stop removal of the earphones from the ears
feeling like minor surgery. On the whole, the SHE9105 feel reasonably
well-made.

The bonus feature here is a single-button remote,
designed to offer maximum compatibility for both iPhone and Android
handsets. There’s a mic in there too, enabling you to make hands-free
calls. 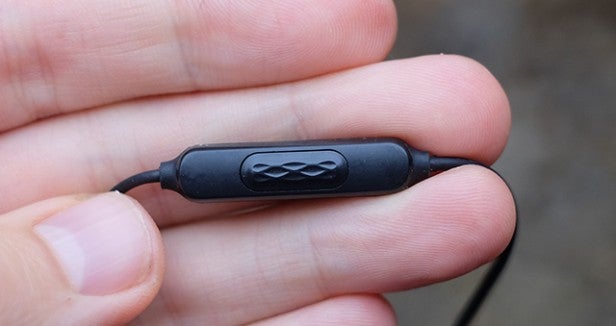 The
selection of tips  supplied with the Philips SHE9105 is a little
disappointing. You get three silicone pairs – small, medium and large. I
found the largest only just big enough.

However, you’ll be
pleased to learn that even though the SHE9105 have an unusual oval
aperture, they actually take standard-sized tips. If your last set of
earphones had tips you love, there’s a good chance they’ll fit.

As a result of the semi-open ported design, isolation is just okay – not amazing. 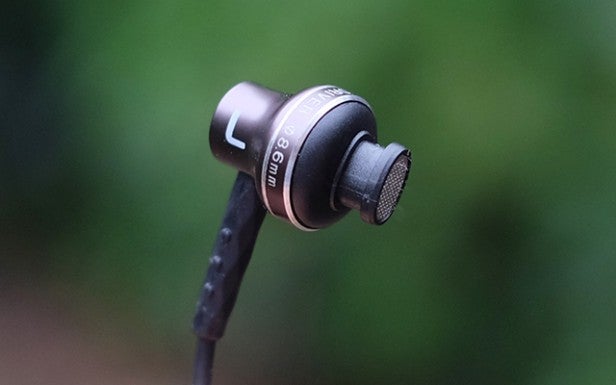 The
last Philips SHE budget earphones we reviewed way back in 2011 – the
SHE900 – were seriously disappointing. Thankfully, this new model is far
more than just a style re-work.

Featuring a 8.6mm dynamic driver, rather than a 10mm one, the sound produced by the SHE9105 shows significant improvement. It’s the perfect fit for someone looking to upgrade from bundled earphones. 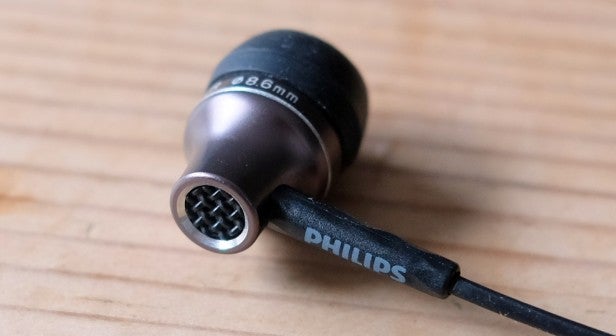 There’s
a healthy lift in bass, more so than the SoundMagic E50, but it isn’t
overly pronounced. Like the best “urban” headphones, there’s just enough
bass to ensure that the sound deals well when you’re somewhere with
lots of ambient noise – and to cater for the average ear’s appreciation
for a little extra low-end power.

Treble deals well with this
emphasis on bass, not appearing at all muffled and with almost zero
harshness. It’s sweet-sounding. The relationship between those highs and
lows make the Philips SHE9105 great for casual-listening. 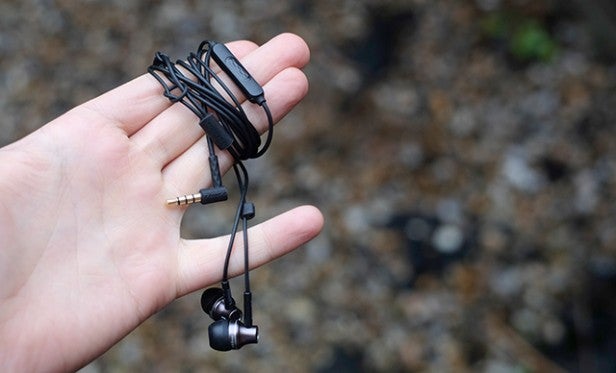 The
mids are quite soft, lacking some of the defined texture to vocals you
get with earphones such as the SoundMagic E50. However, many will
appreciate the smooth ride the Philips SHE9105, not to mention the £15
saving over the E50s.

What really makes the SHE9105 a top
purchase is how well they sit next to just about any earphones in the
sub-£60 class. With the new driver, semi-open design and smart tuning,
Philips has stumbled upon a winning formula.

However, if you’re
looking for a boost to real audiophile-style sound then perhaps the
Philips SHE9105 are not what you’re after. The smooth and easy sound has
a slightly squidgy mid-bass cushion to it that means the level of
instrument separation isn’t the best in the sub-£50 class. 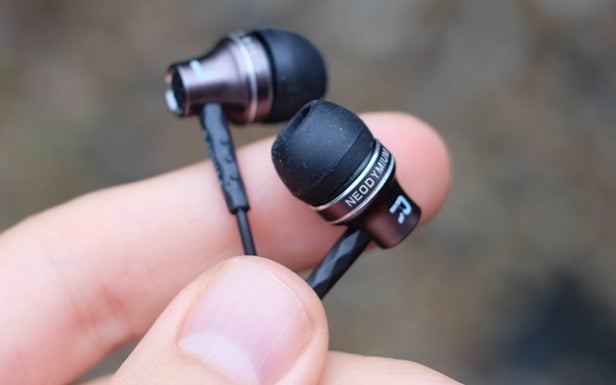 The
Philips SHE9105 are a great upgrade for those wanting a set of
earphones that are a grade above the ones supplied with a particular
device.  Dinky design and a one-button remote add to their appeal, and if you’re on a tight budget then you really can’t do much better.

Those wanting a rich sound will be better upgrading to the Sennheiser CX
5.00, but they’re double the price. The one thing I’d change is the size of the largest ear tips, which in my opinion could have been bigger. But unless you have large ear cavities, this won’t be a concern.