What are the SoundMagic E50?

The SoundMagic E50 are in-ear
headphones at a price where buds like these start to get serious. They
cost £50, and are essentially a grown-up version of the classic SoundMagic E10. For years, that pair has been widely considered one of the best budget sets you can get.

For
the extra £20 you get much-improved sound balance, greater accuracy and less of the bonus bass thickness you get with the
cheaper set. 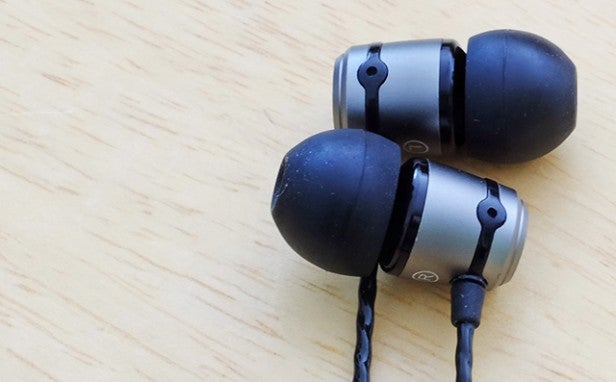 SoundMagic
doesn’t make the most beautiful of headphones. They often get the look a
little bit wrong, labelling things too clearly and looking less slick
than the sort of designs you get from companies such as Sony.

However,
the Soundmagic E50 are a bit better than the SoundMagic standard. They
use aluminium shells pretty similar to those of the E10, but have a
simple silver and black colour scheme that avoids the awkward-looking
blue and red signposting of L/R sides used in some of the company’s
other pairs. 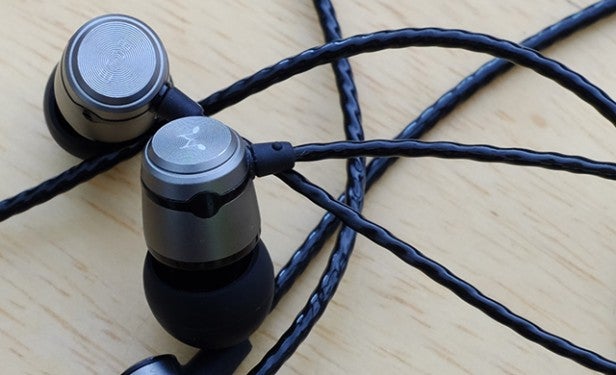 They’re
still not beauties, but they’re better. The SoundMagic E50 also have an
odd cable, with a weaved structure rather than the usual flat style.

Does
it make much difference? It’s not very tangle-prone, but the cable does
cause quite a lot of microphonic noise when the cable brushes up
against your clothing. 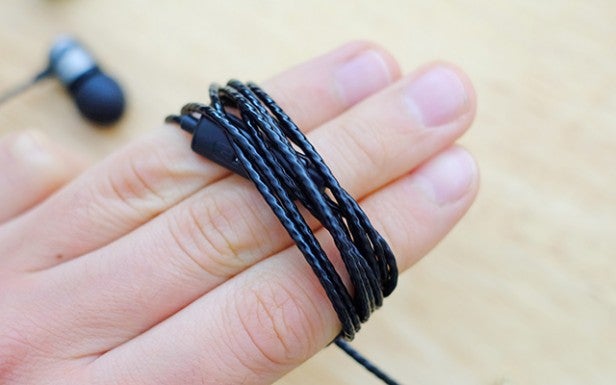 Of
course, microphonic noise is also a sign that your headphones have a
pretty good seal with your ears, and that also generally means decent
sound isolation. The SoundMagic E50 offer fairly decent isolation, as we
expect from a set of IEMs.

What the SoundMagic E50 do a bit
different from some rivals is that, as well as a remote, they have a
little switch that alters the connection to suit certain phone types
that just don’t get along with some remote headphones. We’ve
occasionally had problems in the past with Samsung and Windows phones
that sound essentially broken when used with some headphones, needing an
adapter to fix the issue. No such thing is needed here. 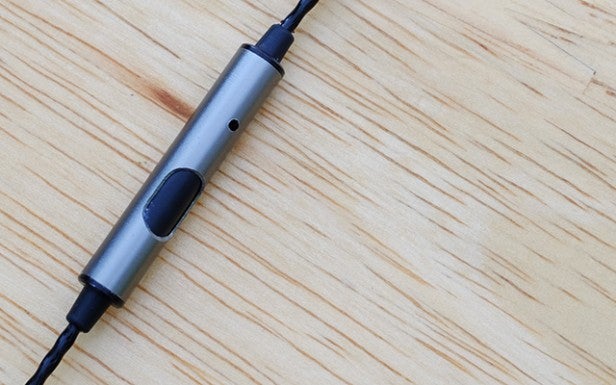 Other than that, though, these are pretty standard earphones. No wireless, no cancellation, no other fancy bits.

The cable is also non-removable, although it’s not often you see a pair of in-ears at this price offer such a cable style. 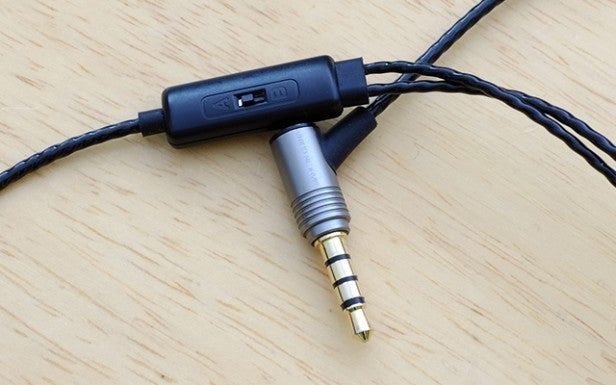 So
far, we’ve not seen many compelling reasons to buy the SoundMagic E50.
They’re not beauties, and aside from the compatibility switch, they’re
pretty much bog-standard mid-range in-ears.

However, as so often
with SoundMagic, it’s the sound that matters. These are among the
cheapest headphones to take sound balance and accuracy really seriously,
cutting out the low-frequency and mid-range bloat that’s poured over so
many lower-cost headphones like custard on apple pie. 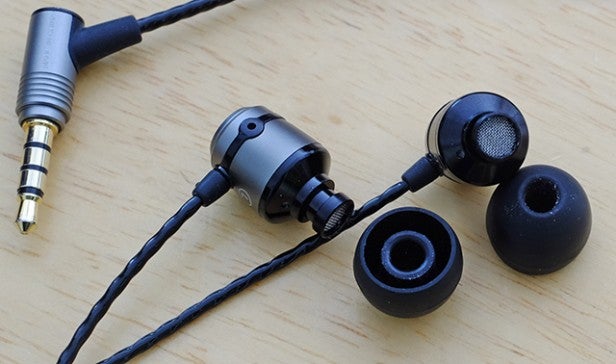 The
SoundMagic E50 are, for the price, remarkably well-balanced earphones.
It’s clear that serious work has gone into their tuning, pulling from a
single dynamic driver the sort of tone we hear more often from balanced
armature headphones. This is another kind of driver, one that generally
appears in more expensive, more “hi-fi” pairs.

These are very
measured-sounding, with no obvious spikes in the bass or treble. As such
they’re the perfect introduction to the dangerously-addictive world of
hearphones if you don’t want to spend a good idea of cash on a
multi-driver set. 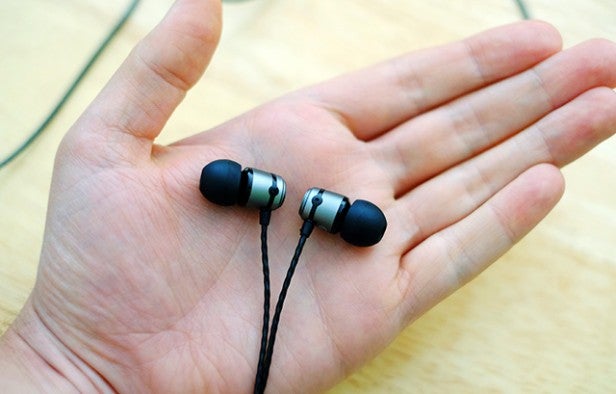 Of
course, this also means they’re a bit lower on thrills than some. We
like the bass as it’s very well integrated and doesn’t bloom out at all,
but its presence is relatively subtle. If you’re after rib-rattling
bass, stay away. They are also not very warm, and may sound a little
clinical and ‘small’ compared with the bassier Sennheiser CX 3.00 and
CX 5.00 you might find more often on the high street.

If that sounds like nonsense, think of
it like this: these are not ear candy headphones, so if you want
smooth-as-silk sounds, you may be better off with something a little
more complementary. Funnily enough, SoundMagic actually released a
slightly less rigorous version of this same ideal a few years ago, with
the pretty terrific SoundMagic E30. They’re ultimately slightly less
serious, but smoother-sounding headphones. Look around and you should
still be able to find a pair.

Are we doing the Soundmagic E50
down? Not at all. They’re corkers, just make sure you’re up for its
style, which works best with “active” listening and isn’t quite as easy
on the ear as a warmer, more forgiving pair. 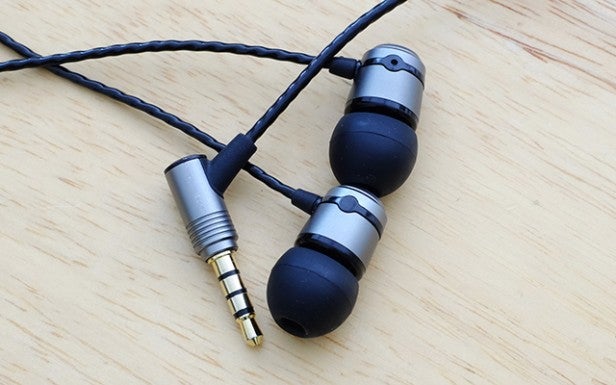 Should I buy the SoundMagic E50?

The
SoundMagic E50 are headphones to look for if you want to stay away from
the cheap tricks of other entry-level or mid-range headphones in favour
of something a bit more serious, grounded and accurate.

If you
find most headphones and earphones too bassy, and don’t like an overly
warm sound, these are for you. They also make a good step forwards if
you’re a SoundMagic E10 owner after something a little more accurate.

However,
they’re not for everyone. Listening side-by-side with the Sennhesier
CX 5.00, the low-warmth E50 can sound a little narrow and non-expressive.


SEE ALSO: What is Hi-Res Audio?

Accurate earphones for those after serious sound who are willing to trade away cheap thrills.