What is the Philips Screeneo 2.0?

Now for something completely different: a DLP projector that wants to be both a big-screen TV and a sound bar, and resembles a bucket. Confused? Welcome to the weird but wonderful world of the Philips Screeneo 2.0.

The Screeneo 2.0, or officially the Philips HDP2510/EU, really looks like a bucket. From the fold-down silver carry handle to gentle downwards tapering, the Screeneo wouldn’t look out of place on a beach with a spade propped up against it.

It’s not ugly, though. The black-and-silver colour scheme is smart and the finish quality is high. The Screeneo is actually a triumph of design for all the functionality it crams into its reasonably compact body. 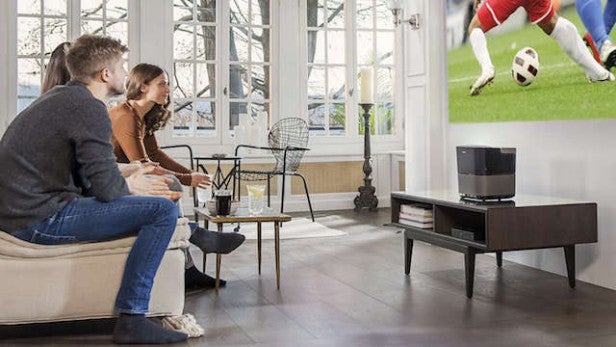 What you get is ultra short-throw projection technology and a potent integrated audio solution. The point of the Screeneo 2.0 is to recreate the experience of watching a huge television for a fraction of the price.

Let’s first look at the projector. It’s a single-chip DLP system capable of punching out a claimed 2,000 lumens of maximum brightness, with a vast contrast ratio of 200,000:1. That means it’s definitely a video product, rather than the sort of thing you’d use for PowerPoint presentations.

The DLP optics also deliver a Full HD resolution plus a claimed 1.07 billion colours from a six-segment (RGBRGB) colour wheel system. The 250W UHP lamp inside the Screeneo 2.0 is supposed to last more than 10,000 hours – a huge figure by projector standards, and one that should greatly reduce running costs over the projector’s lifetime. This is a big deal for a workhorse projector that’s designed to potentially replace a living room TV. 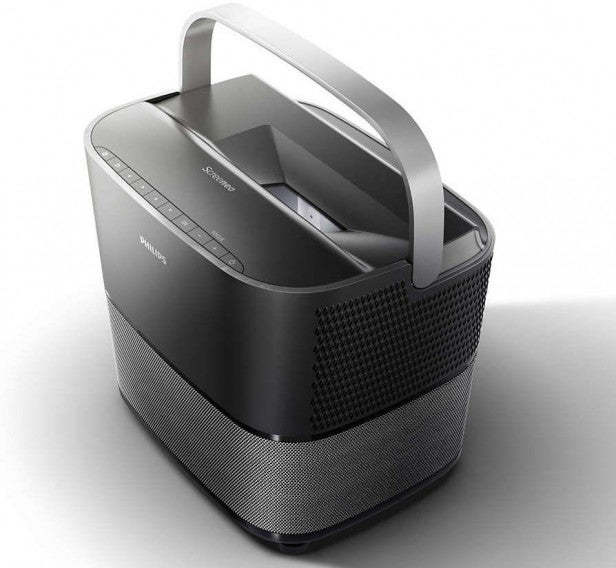 The single most remarkable thing about the Screeneo 2.0’s projection system is its throw ratio. The reason for its bucket-like shape is that it contains a projector firing upwards from its bottom. It does this via an optical array that ultimately produces a picture through an angled “window” on the upper edge. This makes it possible to achieve a huge picture from a tiny throw distance.

Sit the projector just 10cm from your screen or wall and you can enjoy a picture 50 inches in diameter. Stretch that distance to 42cm and you get a 120-inch picture. There is no zoom feature, so the only way to way to adjust the picture size is to physically move the Screeneo 2.0 closer to or further away from the wall.

There are real advantages to having a projector that can sit so close to a wall. It functions like a television in terms of the impact it has on your living room layout. It doesn’t need to be placed in the centre of your room, as you would a normal projector, and there’s no need to worry about long cable runs. 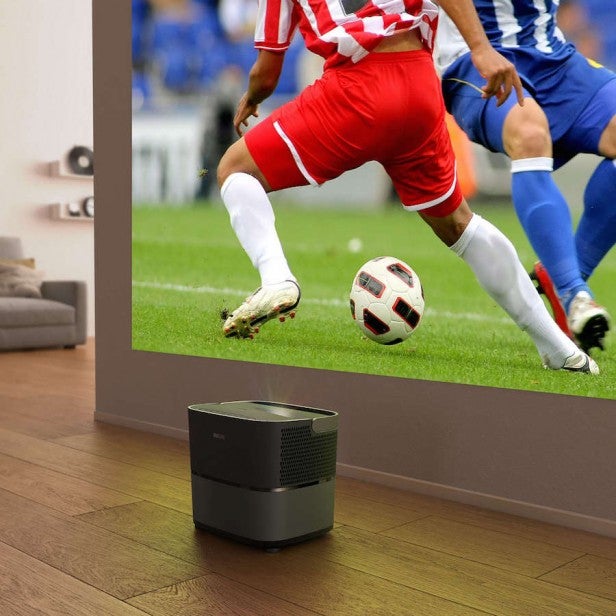 It carries three HDMI video connectors rather than the two found on the vast majority of projectors. It’s also equipped with Bluetooth, so you can effortlessly stream video, photos and music files to the projector from smart devices. There’s also a USB port for memory sticks. 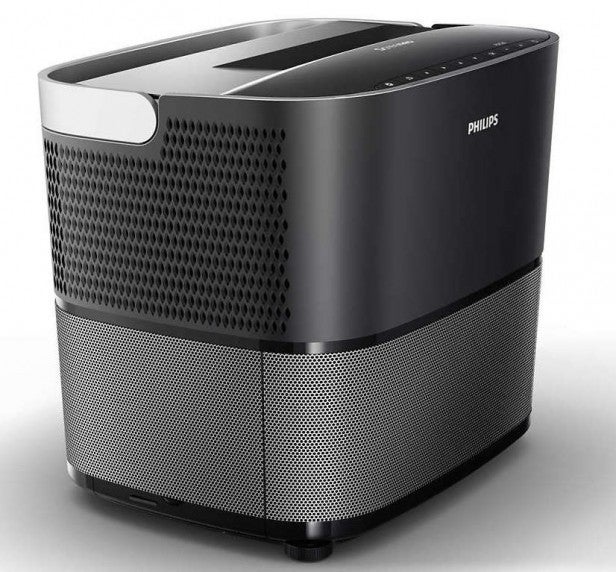 Other connections of note include a 12V trigger output for firing up a motorised screen; a headphone port; an optical digital audio output; audio inputs and outputs; a composite video jack (although this should only be used as a last resort given the relatively low picture quality it carries); and a VGA PC port.

It is compatible with 3D, although no glasses are included.

The Screeneo 2.0 is a mixed bag when it comes to setup. It’s pretty cool that you can just plug in the projector and enjoy big images straight away, but there are a couple of potential complications.

Firstly, the motorised focus adjustment, accessed via the remote control, is imprecise. You can hear it chuntering along for quite some time without making any significant impact on the image’s sharpness. It gets there in the end, but the adjustments are so gradual that you are never entirely convinced that you’ve got it totally spot on.

Secondly, it lacks any sort of vertical image shifting or zoom. That makes positioning a little trickier if you use a screen instead of a wall.

The settings are comprehensive, with a helpful series of gamma presets and both colour and white balance management. 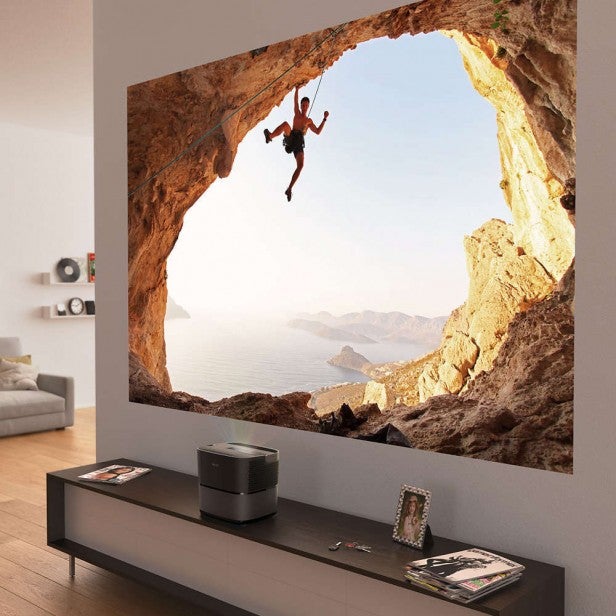 Key setups: I’d recommend using the Cinema lamp mode for dark room viewing and the Daylight mode for bright room viewing. For me, the default PrimeTime mode falls between the two.

It’s also essential that you turn off the Flow Motion processing, since it causes some pretty nasty artefacts. I’d recommend leaving the Dynamic Contrast feature on, although the difference it makes is marginal.

If you’re using your wall rather than a screen, it’s definitely worth checking out the Wall Colour Correction option. This is a very handy shortcut for neutralising the impact your decor may have on picture quality.