The Screeneo 2.0 does an excellent job of retaining image geometry, despite its ultra short-throw optical system.

There’s no bowing along the top or bottom edges of the kind I’ve seen with other ultra short-throw projectors. While you may have to use some keystone correction to keep the sides perpendicular, this does not cause much in the way of artefacts or loss of resolution.

The image is also free of brightness the hotspots and inconsistencies that generally affect ultra short-throw projectors. 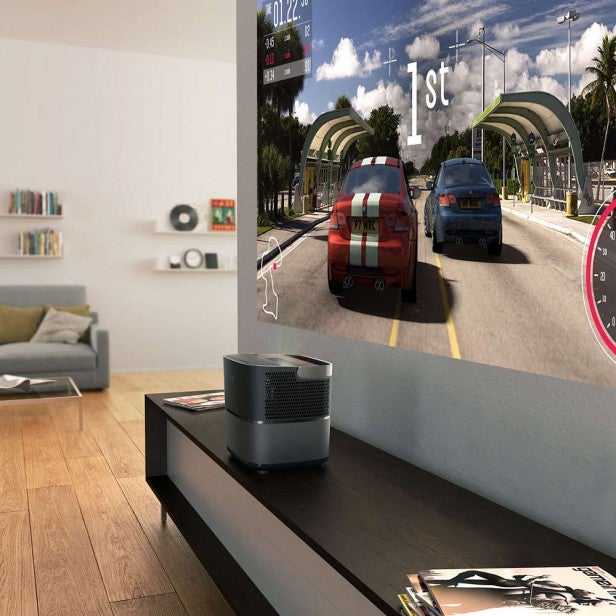 A slight loss of sharpness is evident in the corners, and this becomes more apparent as you increase the size of the image. As a result, I would limit the image size to 90 inches at a push. This issue is common among ultra-short throw projectors and the Screeneo 2.0 suffers less than most.

Particularly impressive is the projector’s colour handling. The range of tones it delivers is strikingly well suited to video playback right out of the box. Skin tones look natural and full of tonal subtlety, rich colours looking bold but never over-stressed or unbalanced, and even dark colour tones look both authentic and full of shading detail. 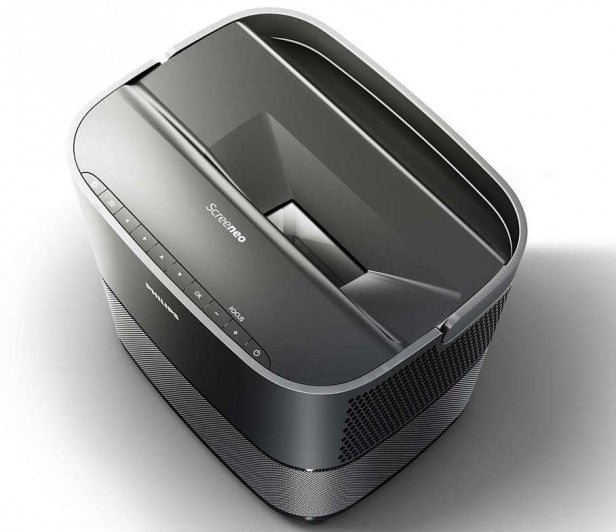 There’s no sign of posterisation (colour striping) issues either.

The impressive colour performance of the Screeneo 2.0 helps to give its Full HD pictures a good sense of detail and texture, and this isn’t damaged excessively by motion judder. This is a relief given the unusable nature of the Flow Motion processing system, which should be kept off.

Pictures look markedly brighter than those of its predecessor, resulting in images engage even in a bright room. The brightness boost also delivers an uplift in shadow detail in dark scenes.

Thankfully, this boost in brightness has not had a negative impact on the projector’s contrast performance. Dark scenes don’t appear to be any more prone to the classic low-contrast grey mist effect. 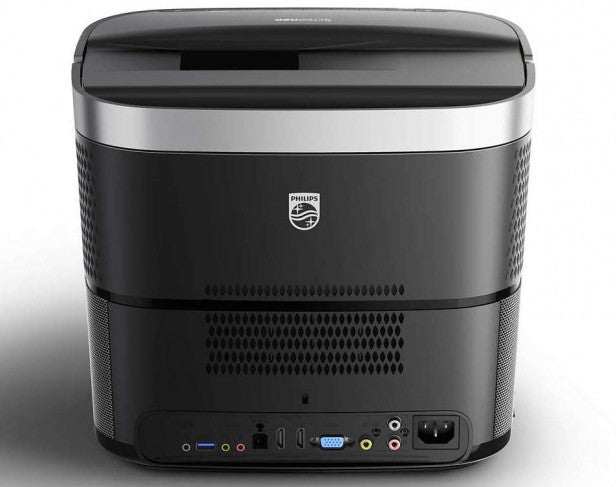 That said, the Screeneo 2.0’s black levels are only maybe a touch above average by the standards of the home entertainment projector market at large.

In other negative news, I occasionally spotted signs “rainbow effect” colour striping noise over stand-out bright objects. My test sample also showed a faint dust “sphere” in the bottom-right corner of the image. No amount of cleaning the image “window’” shifted this, proving that the dust was tucked away somewhere inside the projector’s optics.

There’s a very good chance that a Screeneo 2.0 projector you buy won’t suffer with such a dust issue – but clearly, there’s  potential for dust to get into the projector’s optical path.

Given that the Screeneo 2.0 is designed to sit right next to the pictures it produces, it’s great to find that its bucket-shaped body is completely free of light leakage.

The Screeneo 2.0’s practical, multi-functional design makes it a potential favourite for gaming as well as movie watching. With this in mind, an input lag figure of 38ms is solid enough, despite falling a few milliseconds shy of the very speediest projector responders.