Unfortunately I have to begin this part of the review with a key bit information: the 55PUS7101 uses an IPS type of LCD panel.

Regular readers will know that while such panels can retain contrast and colour performance over a slightly wider viewing angle than VA LCD panels, they also routinely fall well short of the latter when it comes to black-level response and contrast. This was an issue even before we saw high dynamic range pictures; with the extra brightness demands of HDR, however, it has the potential to make pictures almost unwatchable.

As noted earlier, I wasn’t able to play native HDR on the 55PUS7101 since the firmware wasn’t ready. But based on the standard dynamic range content, with which I was able to run through Philips’ colour and brightness expanding processing systems, I feel pretty confident that I have no need to see true HDR running on the TV to know that it’s not going to look great. 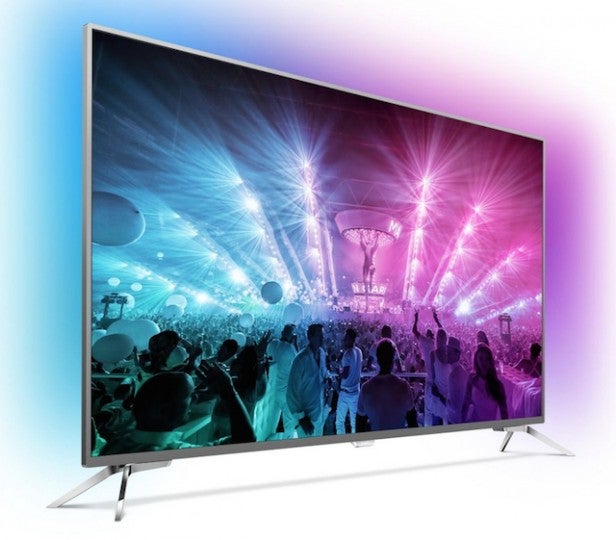 The problem is, quite simply, that the screen’s black-level response is poor. The combination of an IPS panel with no local dimming and an edge LED lighting system serves up a more or less perfect storm of light control limitations, resulting in dark scenes that are aggressively blighted by tell-tale low-contrast grey misting.

The screen’s inability to deliver a convincing black colour makes dark scenes look artificial and short on detail and depth. Dark colours across the red, green and blue spectrum also look unconvincing because of the impact of the mist of greyness, while the lack of a deep black against which the rest of the colour palette can stand out makes predominantly dark images feel low on dynamics.

This is in fairly stark contrast to the punchy look the TV achieves with bright scenes, and makes for a viewing experience that feels inconsistent and one that’s even harder in which to become immersed.

As if the lack of contrast wasn’t damaging enough, the backlighting in the 55PUS7101 suffers noticeable clouding issues – where some areas look brighter than others – and colour inconsistency, with some parts of the image take on a slightly yellow tone while others take on a slightly blue tone.

Remember that all these issues are in play with non-native HDR sources. With true HDR, and its expanded luminance range, I can only imagine that at least some of the problems will become even more glaring.

I have serious doubts over whether HDR technology can ever work truly convincingly on any edge LED TV; but the 55PUS7101 certainly seems to prove my theory that edge-lit IPS panels definitely have no place in the HDR marketplace.

So damaging is the 55PUS7101’s paucity of black-level response that it pretty much renders other aspects of the TV’s performance moot. But I’ll cover the key points briefly. 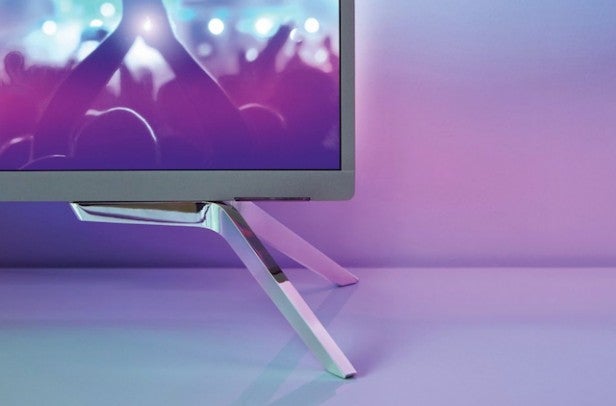 First, it does a rather mixed job of exploiting its Ultra HD resolution. Pictures look crisp and clean when static, but noticeable motion blur can take the edge off things – literally – when there’s movement to handle. Philips provides an Ultra Resolution feature that increases the sense of sharpness quite markedly, but this isn’t very adept at altering its workings to cope with different types and qualities of source, and so can exaggerate noise and grain.

A more effective system for sharpening pictures is Philips’ Perfect Natural Motion system, which is capable of removing most of the blurring and all of the judder that pictures suffer without the feature active.

However, you really need to use this feature on its Medium setting, at least to more or less completely remove the motion blurring. However, this results in pictures fairly routinely being plagued by distracting processing side effects such as shimmering halos around moving objects, momentary flickering over very fast-moving image parts and, again, exaggerated grain. 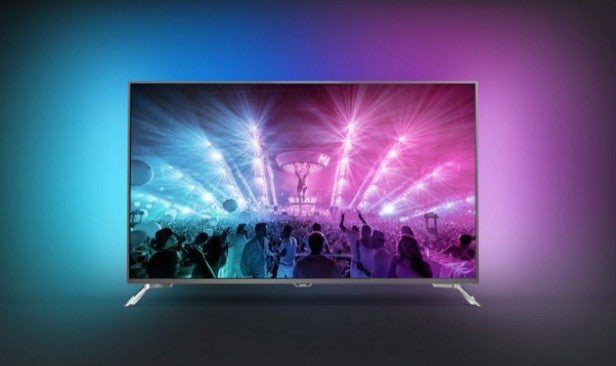 Colours, meanwhile, look vibrant and rich, at least during bright scenes. So much so that on a shop floor I can imagine the 55PUS7101 standing out quite nicely against some of its similarly priced peers.

Actually, I can imagine plenty of regular households really engaging with the 55PUS7101’s aggressive approach to colours, even if the palette on show can sometimes feel a touch strained and doesn’t seem to care much about accuracy when it comes to delivering video standards.

One last (sort of) positive note to strike in talking about the 55PUS7101’s picture quality is the fact that the greyness hanging over dark scenes is less consistently noticeable if you always watch the TV with a lot of light in your room and/or you have the Ambilight feature running. Although of course, all you’re doing here is disguising the TV’s failings, not fixing them.

Used as the main TV for the review period
Tested for more than a week
Tested using industry calibrated tools, discs and with real world use
Tested with broadcast content (HD/SD), video streams and demo discs
Previous
Philips 55PUS7101 Review Next
Sound and Conclusions Review