The 48PFT5509 is a potentially huge step along Philips’ road to rehabilitation in the UK TV market, given that it’s a very aggressively priced (£529) 48-inch full HD TV available from such mainstream retailers as Tesco and ao.com. It’s been a hit and miss year where the quality of Philips 2014 TVs are concerned, though, so here’s hoping the 48PFT5509’s picture quality hasn’t had to take a bath to make such a price possible.

The 48PFT5509 gets off to a rollicking start with its design. It’s remarkable how little physical real estate there is around the screen. The frame is exceptionally slender for such an affordable TV, and the open-frame style desktop stand and slim connecting neck look so ‘barely there’ you’d scarcely think they could support a 48-inch screen. But don’t worry: while the set’s build quality isn’t quite as high quality as it looks, everything feels stable enough. 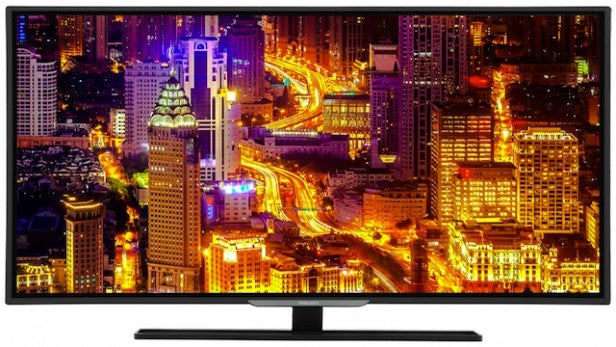 The only disappointing thing about the 48PFT5509’s design is that it doesn’t enjoy Philips’ Ambilight technology, where pools of coloured light sympathetic to the image content can be cast out from the TV’s rear, which can make for a slightly more immersive viewing experience.

The 48PFT5509’s connections are a bit of a let down, thanks to their inclusion of just two HDMIs rather than the three or even four we ideally like to see on modern TVs – even budget ones. You do, though, get two USBs for direct multimedia playback, as well as integrated Wi-Fi and a LAN port for jacking the TV into your network for streaming multimedia or going online with Philips’ latest Smart TV system.

This smart system is not, alas, one of the ‘powered by Android’ smart systems exhibited at the recent IFA technology show. This means it’s fairly limited in content and features, as discussed in our dedicated review of Philips’ current Smart TV engine. You get Netflix and the BBC iPlayer, but there’s no sign yet of Amazon, the ITV Player, 4oD or Demand 5.

The picture technology inside the 48PFT5509 is quite promising for its
price. It’s a full HD screen with 200Hz emulation system (delivered via a
combination of a native 50Hz panel and backlight scanning), and its
LEDs are mounted directly behind the screen rather than around its
edges.

The picture processing includes both Philips’ Pixel Plus HD system and Micro Dimming, which breaks the image down into a number of smaller ‘blocks’ for more accurate analysis and localised manipulation.

One feature the 48PFT5509 does not have, for the record, is 3D. But we don’t expect to be drowned in rivers of tears over this.

The 48PFT5509 is unusually easy to set up for a Philips TV, for the simple reason that it doesn’t provide you with as many picture processing adjustments as the brand’s higher end models. 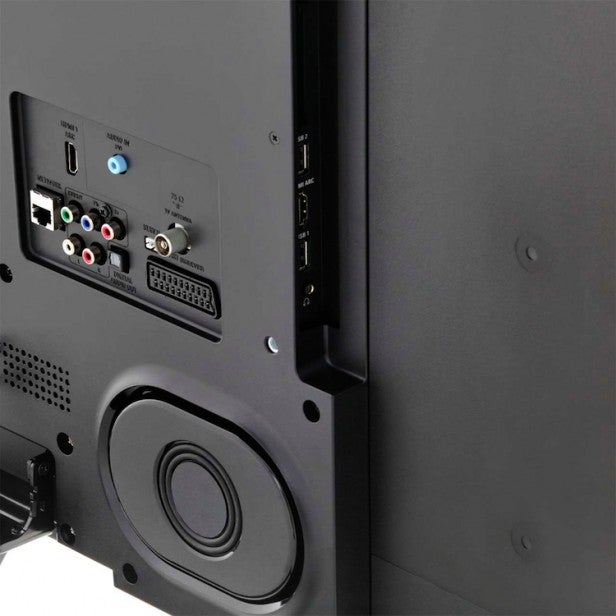 Of the adjustments that are available, the key settings you should tinker with are Video contrast, which seems best set to around its 80 level; Dynamic Contrast, which delivers its best balance between good black levels and picture stability on its Minimum setting; and choosing the Best Picture setting in the Contrast Modes section.

We’d also recommend either reducing sharpness to its three or even two setting from the default five position, or turning off the set’s Super Resolution setting. Though you probably won’t need to do both.

For the most part we found a tweaked version of the Standard picture setting worked very well in the way it combines vibrancy and dynamism with a decent contrast performance.

It’s worth adding here that as well as not having too many picture processing tools to experiment with, the 48PFT5509 also doesn’t have as many native contrast problems as some other sets in Philips’ current range, reducing the amount of work required with the contrast-related settings.