Might as well cut to the chase here: the 48PFT5509 produces exceptional pictures for its price point.

The single biggest contributor to this is its outstanding contrast performance. Unlike so many other TVs this year – from both the budget and not so budget ends of the market – the 48PFT5509 can reproduce a black colour that actually looks black rather than some kind of washed out grey. 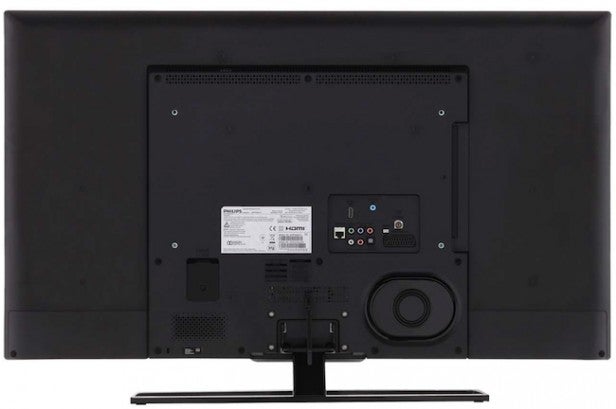 This instantly makes dark scenes look massively more convincing and involving – especially as the screen’s apparently strong native contrast performance means the intense blackness can be achieved without the image having to sacrifice so much brightness that shadow detail gets crushed out of the picture. On the contrary, there’s actually an abundance of shadow detail if you’ve got the TV’s settings balanced right, as a result of the excellent black level handling joining forces with one of the sharpest, most detailed pictures we’ve seen from an HD TV.

We had actually expected high levels of detail and sharpness based on our experience with previous Philips TVs and picture processing. What we hadn’t expected, though, was for this detail to be delivered without the image looking forced or unnatural. Follow the sharpness set up suggestions we gave earlier and there’s no significant haloing around even the most harshly contrasted of edges; natural grain seldom gets turned into fizzy noise; and the picture doesn’t seem laggy or glitchy.

Just occasionally small but bright parts of an image can look a bit too strident, and the sharpness does diminish when there’s fast motion in the frame. But you can control the former issue by reducing the image’s contrast and sharpness settings, and the resolution loss over motion isn’t in truth bad at all for such a cheap 48-inch TV. 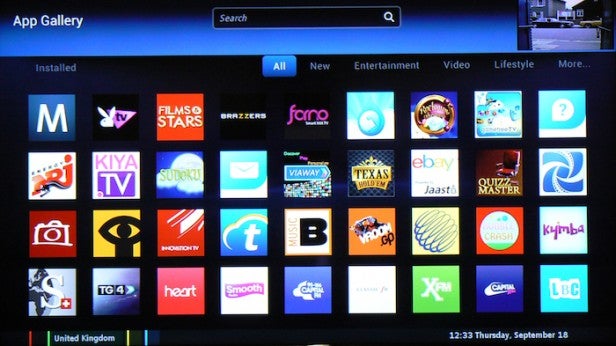 Emphasising the quality of the 48PFT5509’s black level response is the impressive amount of punch with which bright objects in predominantly dark images appear. It’s hugely pleasing too to note that the inky blacks are delivered without so much as a trace of backlight clouding interference, even in notoriously difficult to handle shots like the one where Neville leads Harry, Hermione and Ron by torchlight through a secret passage into Hogwarts in the final Harry Potter film.

Philips deserves credit too for the 48PFT5509’s colours. Skin tones look believable even in the muted lighting conditions that dominate the final Harry Potter film, and the strong contrast showing means dark colours also hold up better in terms of both their tonal accuracy and their blend subtlety than we’d normally see.

There’s plenty of punch with bright, colourful content too, yet even in the richest areas the set never ‘flares out’ a particular tone, or looks plasticky or cartoony. Um, unless you’re watching a cartoon. 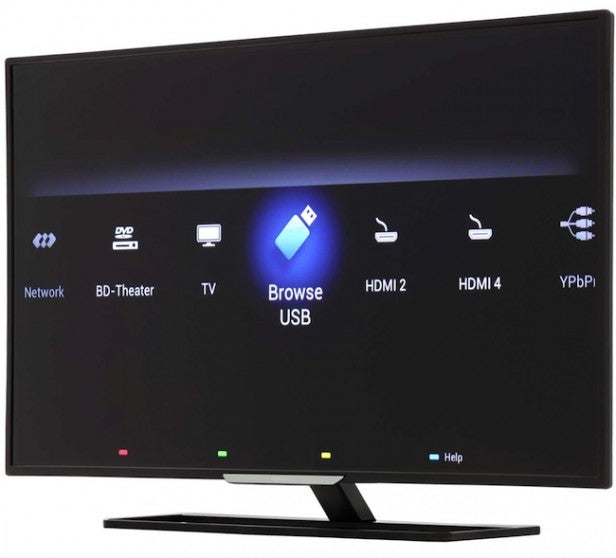 While the 48PFT5509 is overall extremely impressive for its money, it inevitably isn’t perfect, as a number of thankfully relatively small issues chip away at its prowess. First, motion suffers with a little more judder than you’d expect to see with a more expensive TV. Second, areas of very fine detail can sometimes glimmer and ‘shine’ slightly, especially if they appear during a camera pan. Third, the surface of the screen marginally exaggerates the reflections of bright light sources by adding a gentle ghostly halo to them. Though of course, this sort of issue only troubles you while you’re watching very dark scenes, and can be removed simply by turning off all your lights!

Another issue is that while the set’s impressive sharpness is generally well judged, just occasionally really grainy shots can start to look a touch unnatural and processed. But the times when you notice this are few and far between.

Finally, we weren’t blown away by the 48PFT5509’s standard definition performance, at least with relatively weak standard def sources like non-HD digital broadcasts. They look a little noisy and soft, black parts of the picture can look a little overwhelming and colours don’t look nearly as refined or natural. In short, this is definitely a TV that benefits from an HD diet.

Used as the main TV for the review period
Tested for more than a week
Tested using industry calibrated tools, discs and with real world use
Tested with broadcast content (HD/SD), video streams and demo discs
Previous
Philips 48PFT5509 Review Next
Sound and Conclusions Review